The Psychology Behind The Bachelor 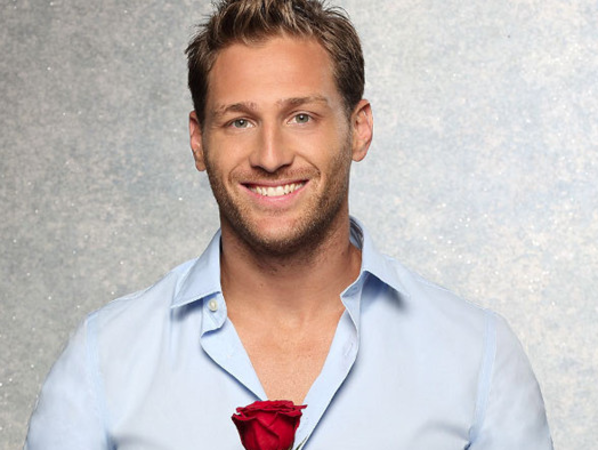 My aunt Lulu is visiting this week (we’re all ecstatic!) and of course on Monday night we drank wine and watched The Bachelor. She was totally into it, but kept saying, “Who are these poor women? Why would they put themselves through this?” And I remembered this fascinating New York Times article by Andrea Seigel about the psychology behind the reality TV shows, including the Bachelor…

Just as “Survivor” isn’t really about enduring life on a deserted beach, “The Bachelor” isn’t really about dating or marriage… it’s really about science — which you might even think of as the opposite of romance, especially if you aren’t a scientist. In fact, if “Survivor” is about being unable to escape who you really are when you’re dropped into uncomfortable conditions, then I would say that “The Bachelor” is about forgetting who you really are when everybody around you gets lost in the same overpowering fiction. The show is this generation’s Stanford Prison Experiment…

I’ve always believed that if you’re truly in love with someone, you shouldn’t be able to answer the question “What do you love about him?” with any kind of real satisfaction. The things you’re able to articulate should leave you at least a little hollow. Contestants on “The Bachelor” will usually have to answer this question for his family, and there will be the usual adjectives like “kind” and “generous” and “funny.” It’s not that I think anyone is intentionally lying, but that they’re describing traits that belong to the set of circumstances more than the person. “The Bachelor” is kind because he has no reason not to be; if he becomes disillusioned with you, he can just send you home. He’s generous because he has a production team purchasing intense, expensive experiences for your dates. He’s funny because you’ve both been flown to a charming village in Switzerland and a funny little cow wandered up behind your picnic. If you want to insist that the show is about falling in love, then it’s more accurate to say it’s about falling in love with being on vacation.

I became especially fascinated with the 13th season of the show, when Jason Mesnick first proposed to Melissa in the finale, then decided that he was really in love with the runner-up, Molly, by the time of the update special. What happened with Melissa during those six weeks of engagement? “The conversations, which were so great on the show, were completely different,” Jason tried to explain. What I think he was really saying was, So we went to a movie in a normal theater. With other people around us. With bad popcorn. Walking out of the theater, she said, “That’s my new favorite movie!” I thought to myself, Really? That movie? And in that moment, I realized that was going to be our whole lives.

Read the full article here, if you’d like. And the women stay up for the rose ceremonies all night, plied with alcohol and hardly any food. They aren’t allowed to watch TV or read books; their only escape from the house is to go on a date with the bachelor, right? Talk about losing perspective! Do you watch the show?

273 COMMENTS
By Joanna Goddard
Relationships
What Does It Mean to Think About Cancer as a Battle?
July 29, 2021

Well said i look at it like cows being put before the bull to choose.

Bachelor life is very interesting and enjoyable. When I’m Bachelor then I always travel various place.
Now I am so miss my past Bachelor life. psychologists nyc

With this blog you really took attention to the points that we never thought about, you provides good information in your post, let me tell you, very interesting information your are having in your post, this is what I am looking for. Thanks & Regards packers and movers hyderabad

I really dislike the show and I know someone who was a contestant (do we call them anything else?). They’re really serious about that no communication thing. Her emails automatically came back with info for the producers of the show. So weird.

The Bachelor is definitely a guilty pleasure of mine, but every year I feel sadder and sadder for the women. They’re 23 and sobbing over being let go by someone they’ve been on one date with and known for a few weeks, because they don’t know why “they haven’t found the one” and “are destined to be alone.” Seriously ladies, you’re 23, enjoy your lives and being single! It just really speaks to how so many women are brainwashed into thinking that their main life purpose is to make a man happy.

I watch the show, but it’s just a guilty pleasure for me. My husband even gets a kick out of it!

I went and read the rest of that article and the last section on Say Yes to the Dress is perfect. The same thought crosses my mind whenever the brides get “jacked-up.”

Oh my! I never thought about comparing it to the Stanford Prison Experiment but it really is just like it! I remember learning about that experiment in my psychology classes. I have never been a fan of The Bachelor though.

I can’t watch anymore…a friend of a friend was on a reality show and it made me realize how little “reality” was involved. She was an actress, and just considered it a role. Then I thought, if I knew these shows were largely scripted would I watch them? Nope, I’d think it was horrible TV writing. So I basically stopped watching them completely after that.

What an interesting post, Joanna! I still watch The Bachelor/Bachelorette as a guilty pleasure after all these years and one of the main draws is the psychological factor. How seemingly smart, interesting women with exciting careers inevitably end up crying in the exit interview that they’re brokenhearted over a man they’ve spent maybe a total of 3 days with.

I can’t get over the fact that they’re not allowed to read books! I would go insane, I would probably start reading the labels on packaging if I went on this show. Or like someone else suggested earlier, bring in a few books disguised as bibles.

Not being able to listen to music or keep up with the news?! Having nothing but a date to look forward to obviously contributes to how quickly everyone falls in love. It’s so fascinating!

I watch and this breakdown is sadly genius lol. I really do dumb the eff down when I watch it with my husband…I don’t really see past the end of my nose (at all) You can BET I’ll be waiting to see how the women answer those fateful questions on the family hometown dates.

This tickled me rotten. Thanks for sharing fellow addict.

Reply
Shannon of HAPPINESS IS

I’m still obsessed with this show and I don’t know why. Even though my husband used to do set design on the Bachelor and he told me all the horrible things the producers used to say to the girls to instigate drama. Ay ay ay. But I can’t help it. It’s such good entertainment! ;)

Wow, that article perfectly articulates my perspective on that show (and other shows of its kind). By placing unrealistic parameters (of space and time) on the contestants, any developing relationship would be doomed to fail. I find it amazing that a few lasting relationships have managed to emerge from that situation. I guess I just prefer my fiction as fiction, and not masquerading as “reality”.

Totally!!! So so entertaining but so unrealistic! Hopefully none of the girls accidentally let one go, that’s a definite “kick off”!!

So so so true! Great article! Thanks for sharing!

Wait, did you say that the women on the Bachelor are not allowed to read books????!!!!!

I love this article! Now when my husband complains about me watching this I can say “but… science!”

yes, I think Juan is doing a lot better than most previous bachelors. He seemed to handle Victoria perfectly when she went off the deep end.

The article that you’ve quoted, while fascinating, does not really answer the question of “why do these women put themselves through all that crap?”
My theory, for a long time, has been that the reason for that is the same as why Ken does not figure in many of Barbie sets and has next to nothing in terms of outfits (comparatively speaking, of course). Ken is just an accessory to Barbie, another part of the “complete picture” like cars, the house, etc. He does not have to be interesting, because it’s not about him.
I feel that the type of woman that will go on a show like Bachelor does not go in hopes of finding “the one”, but to be a Barbie for a couple of weeks. To be immersed in this weird non-reality of glamor/romance/vacation/tabloid fodder must appeal on a visceral level. And that’s the exact reason a lot of people watch Bachelor – to live that fantasy out vicariously (that, and the gossip factor – you get a legitimate reason to dig through someone’s private life (and I use both “legitimate” and “private” in their loosest definition)).
I’m not even sure how many of these women honestly believe that they might find their “one”, especially since we’re in, what, 13th season and the track record is so bad. They may say that they are, but – especially in the light of what someone just said in comments (that the women don’t even seem to be competing with each other) – it feels to me that the main reason for them choosing to be on the show is to live in a Barbie world for a short time. And the Bachelor does not even have to be that interesting of a person, because he’s incidental.

Oh my dear God, YES! EXACTLY!!!! I have always said that whoever runs The Bachelor has a PhD in psychology both when it comes to the contestants and the views. Okay, slight exaggeration about the PhD, but you get my drift. Frankly, I’m totally obsessed with it for that purpose. I love guessing the questions that the producers are asking behind the scenes. You know, whatever it is they say that makes everyone cry on exit. My friend auditioned and from what I understand from her experience, they screen people to look for specific traits and in particular, those who are likely to have romanticized views of, frankly, everything. (Obviously they do!). That helps ensure the feeling of falling in love quickly and dramatic endings, etc. Le Sigh…I love that trainwreck of a show!

I’ve watched on-and-off for years and I’ve become increasingly skeptical. It seems obvious that the show never presents any real circumstance for the contestants to speak with their bachelor at all similar to what might happen in real life; It’s so strange to watch person after person claim that they are really falling in love. I was especially disgusted when the prosecutor (can’t remember her name) quickly followed up telling Juan Pablo her profession by saying that she “hates to read”. Really? Why did she need to dumb herself down for him? I don’t think I can keep watching this season. It seems to have reached a new low.