The Art of Presence 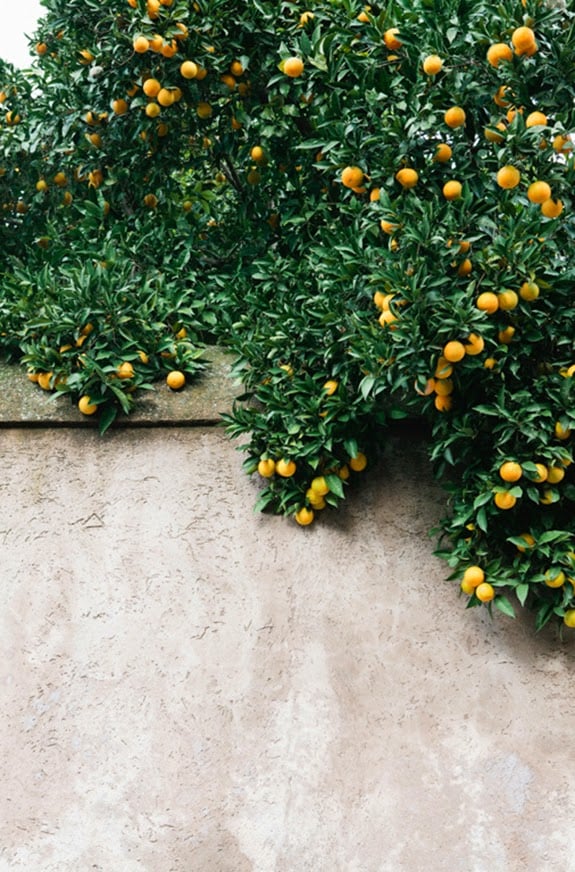 David Brooks wrote a beautiful piece in the New York Times about how to help people who are suffering or grieving. It was inspired by the Woodiwiss family, who has endured multiple traumas. Here are a few of their thoughtful tips that struck me…

Do be there. Some people think that those who experience trauma need space to sort things through. Assume the opposite. Most people need presence.

Don’t compare, ever. Don’t say, “I understand what it’s like to lose a child. My dog died, and that was hard, too.” Even if the comparison seems more germane, don’t make it. Each trauma should be respected in its uniqueness. Each story should be heard attentively as its own thing.

Do bring soup. The non-verbal expressions of love are as healing as eloquence. When Mary was living with Catherine during her recovery, some young friend noticed she didn’t have a bathmat. He went to Target and got a bathmat. Mary says she will never forget that.

Do not say “you’ll get over it.” “There is no such thing as ‘getting over it,’ ” Catherine writes, “A major disruption leaves a new normal in its wake. There is no ‘back to the old me.’ ”

Do be a builder. The Woodiwisses distinguish between firefighters and builders. Firefighters drop everything and arrive at the moment of crisis. Builders are there for years and years, walking alongside as the victims live out in the world. Very few people are capable of performing both roles.

Read the full column here. It’s so enlightening. Have you lost a loved one or been through a trauma? What did people say or do that brought you comfort? My mom once told me that when her mother died, people would seem scared of bringing it up, as if they didn’t want to remind her, but of course she was thinking of her mother all the time.

By Joanna Goddard
Relationships
On Becoming Anti-Racist
May 28, 2020

398 COMMENTS
By Joanna Goddard
Design
What Grief Feels Like
January 27, 2021

After many, many years, when our daughter died, I still remember reading on a condolence card from a friend, the sweet, simple words “I’m so sorry”. It’s been a very long time ago and those three words still bring me comfort.

Speak the truth.
Even if it’s “I don’t know what to say”, it will be the truth.

I remember one woman took my hand when our 2 year old son died and said, ‘look on the bright side, you have one less mouth to feed’! It felt like someone slapped me. I have started a blog about death at http://www.deathiswhat.com and would love to have your comments.

Reply
Sunshine on my window.

I just lost my dad 2 weeks ago. And the pain is tremendous, numbing to a certain extent. I wished I could give this article to 80% of the people.

This is a great post. I think it’s important for everyone to be reminded to be kinder and more understanding, even if they’re already kind and understanding.
Also: your blog is beautiful! I’m excited to be a new follower!
xoxo – Amy
glitterinmytea.blogspot.com

Yes please! My first is 3 months old and I love reading your blog as a ‘what to expect’ and ‘what to cherish’ advisory

I read this in 2 minutes and I think I’m a better person now. So valuable. Thanks so much for this thoughtful post.

Yes, I lost my Mom just a few months after having my first child and it was the darkest period of my life.

The only true thing anyone ever said to me was “this shall pass”. I wrote about some other helpful things you can do: http://makingmountains.co.za/2014/01/23/losing-a-parent-how-to-cope/

My parents lost a baby before I was born. He was 3 when he was hit by a car.

My sister and I never felt that my parents were sad or traumatised, they never let us feel we were living in a sad home. We were very happy and still are. My parents were brave enough to be happy after they lost their son.

My mother always sais that: you will be happy again.

I am very grateful for my parents!

My grandfather died suddenly right before New Year’s, and I think the most healing thing was that all of my extended family was able to come together and support my grandmother for that week.

We spent so much time eating, sitting around ‘remembering,’ and going through dozens of old family photo albums. Laughing at the silly photos was a wonderful form of catharsis.

It was also really heartwarming to see so many of my grandparents’ friends and neighbors bringing food (for all 26 of us!).

I want to keep in better touch with my grandmother now, so hopefully she will feel less lonely. But it’s true that I also struggle with how to mention the dead, because often I’ll get sad and teary, and I don’t like that all the time.

Love that you dealt with grief on your blog — you’re helping to overcome the stigma of talking about it! I lost my brother 5 years ago when I was 26 and he was about to turn 32. I often think of an adage someone told my parents…”Don’t tell me I’ll turn the corner; the building is round.” It’s so true — loss doesn’t go away, it ebbs, flows, evolves over time.

I needed this article today. Another’s grief/trauma is one of the easiest things to judge but surely one of the hardest things to humble yourself to, and in turn, be of help.

When I was 14, I had an ear infection that turned into a brain infection inexplicably. For seven weeks, I was given at-home IV antibiotics to continue suffocating the infection. To make a long story short, I was given too much of the medication, and it severed all the vestibular (balance) nerves in my brain. For the past 11 years, I have seen the world through a bouncing lens. The world moves even when I am standing still. I lost so much of myself then. But I also liked to think that I gained so much too.

Presence is what gets you through. Presence brushes your teeth when you can’t get out of bed. And presence holds your hand in the grocery store, when you hands can’t stop shaking from fear.

Thank you so much for this, Joanna.

I’m so grateful for articles like this. It seems to me that people have gotten much more tactful and respectful in dealing with tough situations because there is this kind of information out there about how to respond. I recently went through a really rough breakup, which cannot even compare to a death, but is still losing someone in a way. I had several friends who gave really amazing advice and let me be sad in my own way, while also being there for me and encouraging me to do good things for myself when I can. Thanks for posting!

This is beautiful. A perfect way to describe how to act towards someone going through something traumatizing.

Also I meant to write that when I lost my first child (stillborn) – the only stories that helped me were from those that also had the same kind of loss. I think it was because i had no idea how many people i knew also had stillborns (neighbors, aunts, great aunts) – no one wants to ever talk about it – it’s practically taboo. Anyway, it made me feel less alone – more connected and hopeful for the future.

This article is so beautiful and insightful. I lost my mom 2 years ago and was also struck by how often people seemed afraid to bring her up. I often wanted to scream “I am not fragile! Stop being so scared!” it’s very isolating. What I found to be most therapeutic and loving were the moments when friends cried with me. It’s so comforting.

Acknowledging the loss even if you think it’s too late to say something. It’s never too late.

When we lost our first born son when he was only two days old some people were terrible….but two of the most helpful things immediately was someone who would call/email and tell other people what happened so we could avoid folks seeing my small belly and thinking we had a healthy baby (and saying congratulations unfortunately it still happened). It was also helpful immediately to have someone who would pick up and bring over family coming over from the airport or out of town. In the long term, my “builders” are my friends who remember my child’s birthday, ask what I remember about him or my pregnancy and include him in my kid count now that I have had more children. Those mean more to me now because it is like they acknowledge that how ever short he lived and I am his mother who will remember him every single day or hour forever…he is STILL part of our family and I need to talk about him all the time even though it just didn’t happen this instant.

This was so timely. I’m a law student and we’ve been working on a case representing a man on death row.

He was executed yesterday and the entire team is now struggling with loss, grief and injustice. I’m sharing this post with all of them and doing my best to live it by being there for all of them.

Thanks for this post, Jo. I am currently trying to be there for the friend I hold dearest and it’s so important to read articles like this. Sometimes I think the world is such a dark place, the awful grief and trauma people go through. We can only try our best to be there.

I have lost several people in my life – my dad to a murder and a lot of friends to cancer. The one thing that I encourage is to continue to talk about them. When my dad died we all would tell stories (as he was quite the character) and it never failed to cheer us up and make us laugh. A few people I know didn’t even acknowledge when my dad was killed as it made them uncomfortable…please don’t do that either…acknowledge the loss and give your love and support…Great post! xxoo

My mom died suddenly when I was 17. I had a few friends who were so uncomfortable they didn’t know what to say or do (we’re all babies at 17 so of course they didn’t know what to do!). But I had one friend who just showed up and listened and sat with me – no expectations, no need for words. She was just there & let me be – and most of the time that being was just really really sad. She got me through the worst of it, by simply being there with me.