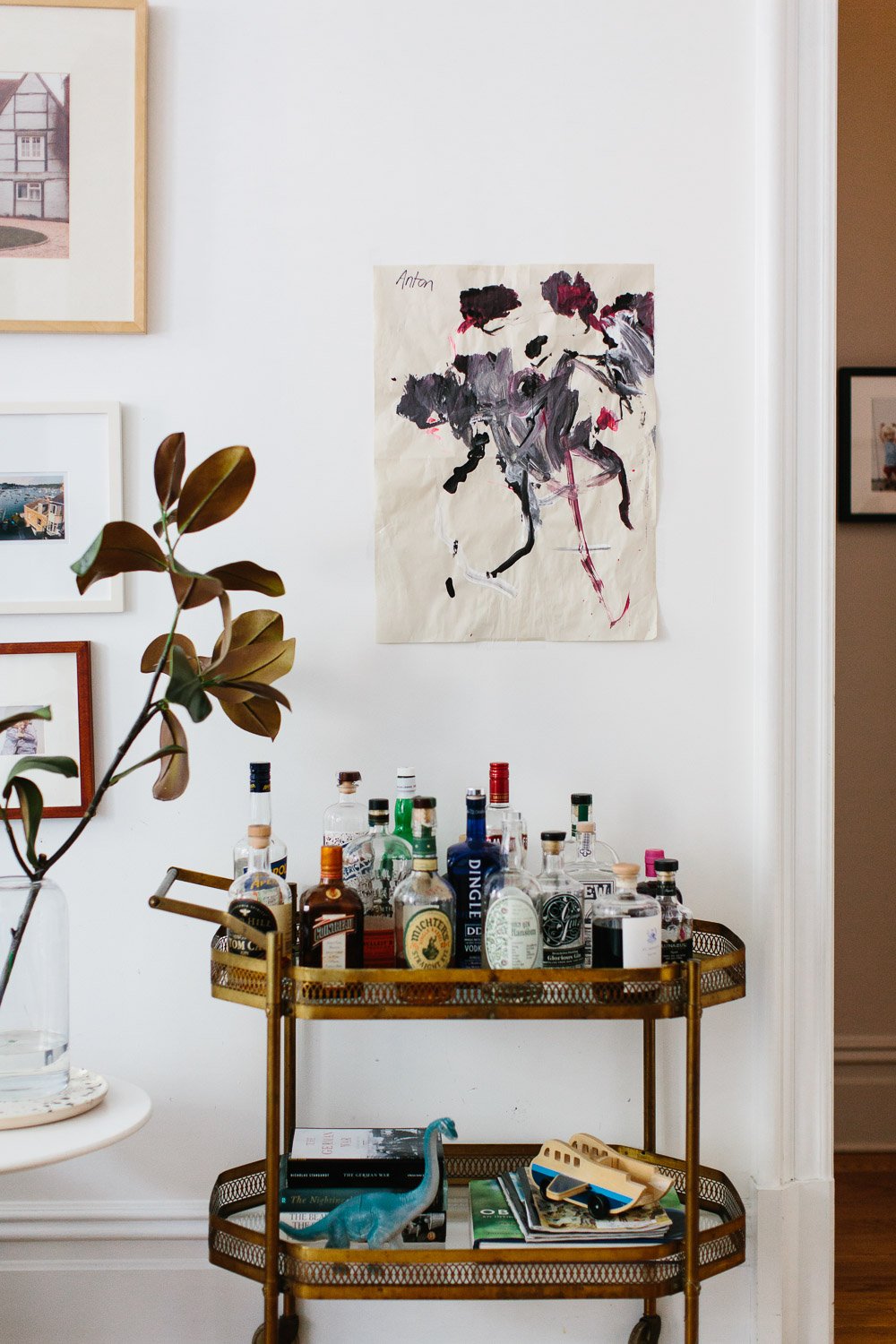 Cup of Jo has been running for 14 years (!) so we’ve decided that now and again, we’ll be highlighting some of the most popular posts from the past. Here’s one of our favorites, originally published on October 22, 2018.

When he was three, Anton came home from preschool with a stack of paintings, and I taped one of them on the wall for the afternoon. Cut to two years later: It’s still up and has become one of my favorite pieces of art in our home. What is it about kids’ drawings that feel so good? Here are four other ways to display children’s artwork… 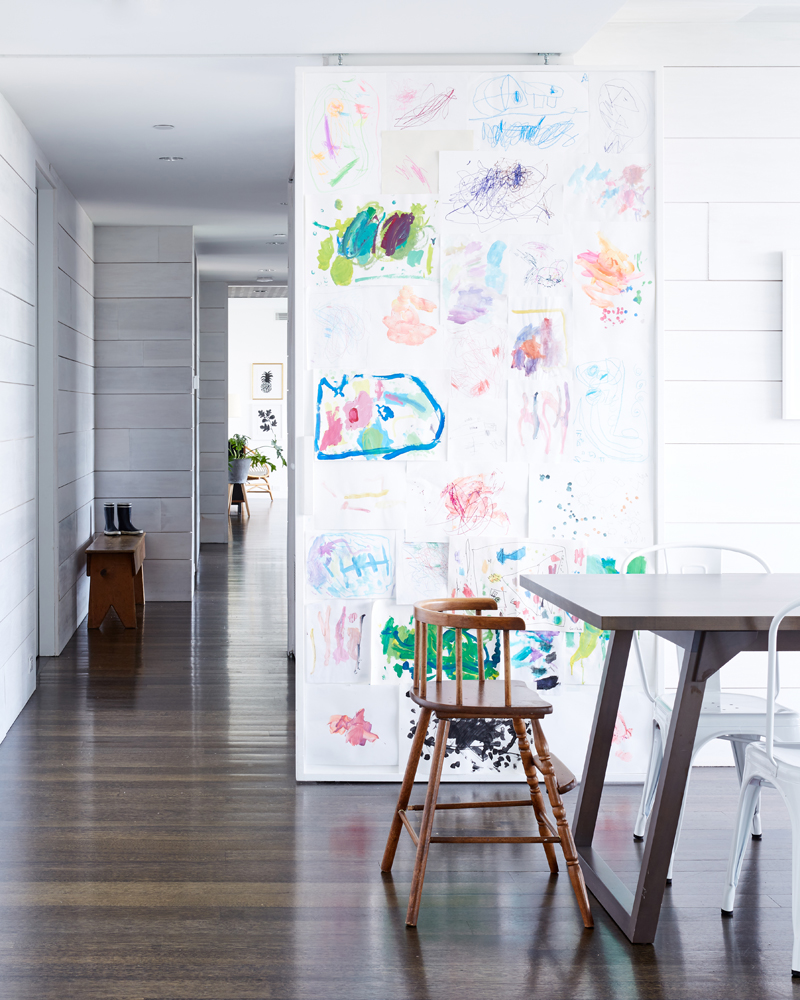 Decorate a door. “Our apartment has a sliding door that separates the living area from the bedrooms. We put up the kids’ artwork, and I plan to switch it up eventually and let them paint directly on the door. I think they’d love it.” – Liz

Just tape it up. “The paper taped above our bed is the first pencil drawing Cleo ever did, for Father’s Day. When we hung it, she pointed at it and said ‘Cleo!’ She was this tiny little person feeling pride.” – Sarah 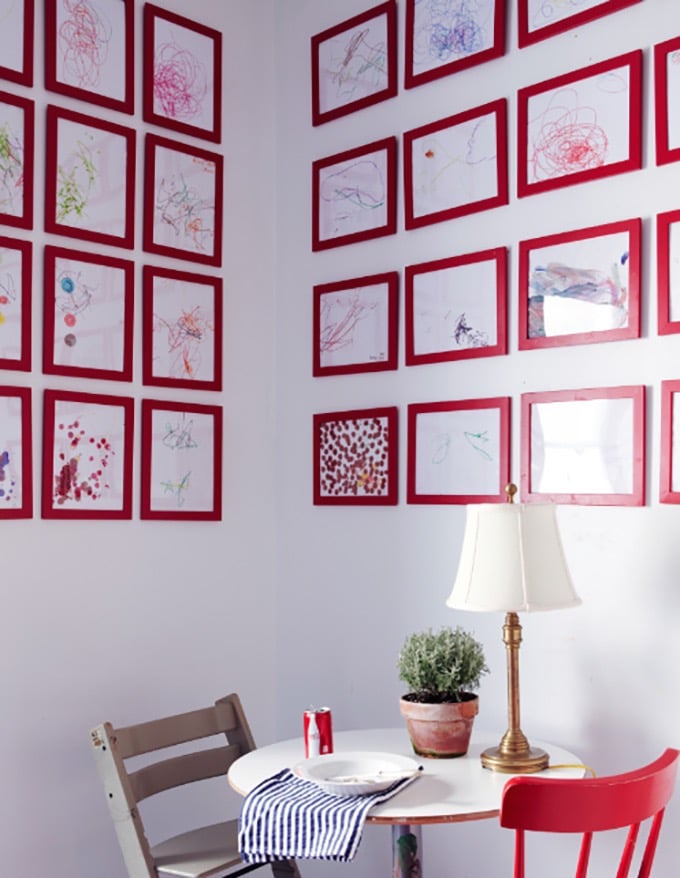 Make a mini gallery. “It was important to me to hang our son’s artwork in the kitchen and his bedroom; then we kept the other spaces feeling more grown-up. We used cheerful Ikea frames, and we all loved it.” — Abbey 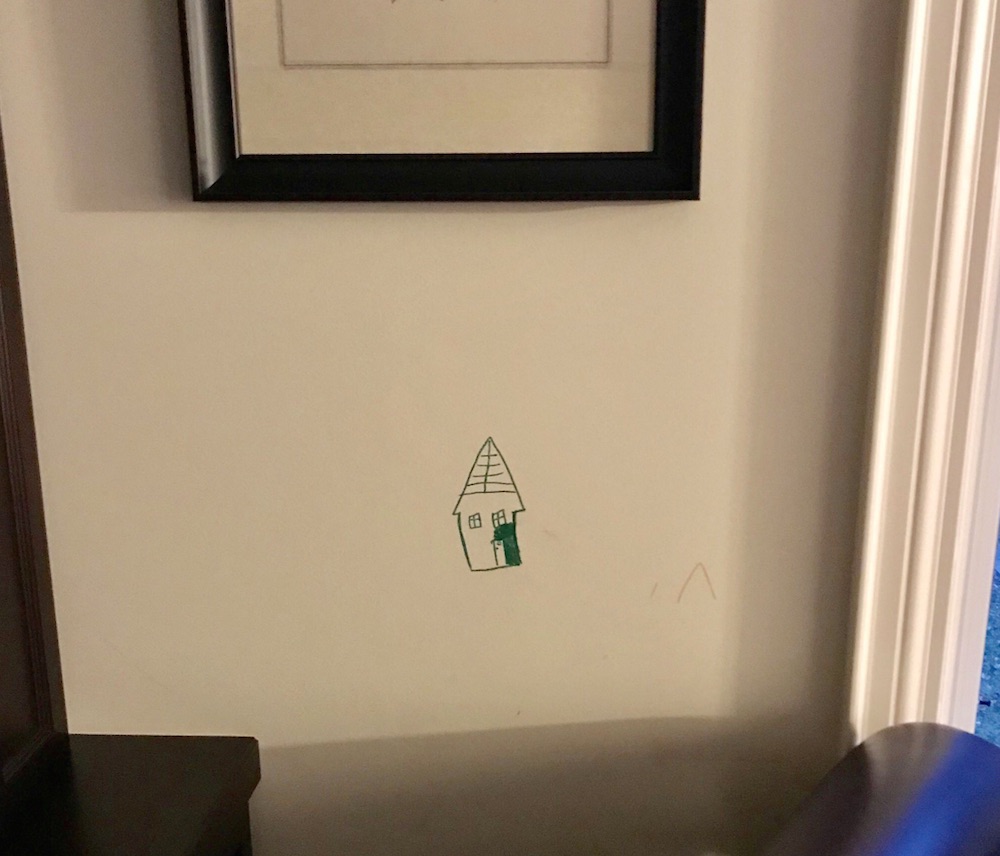 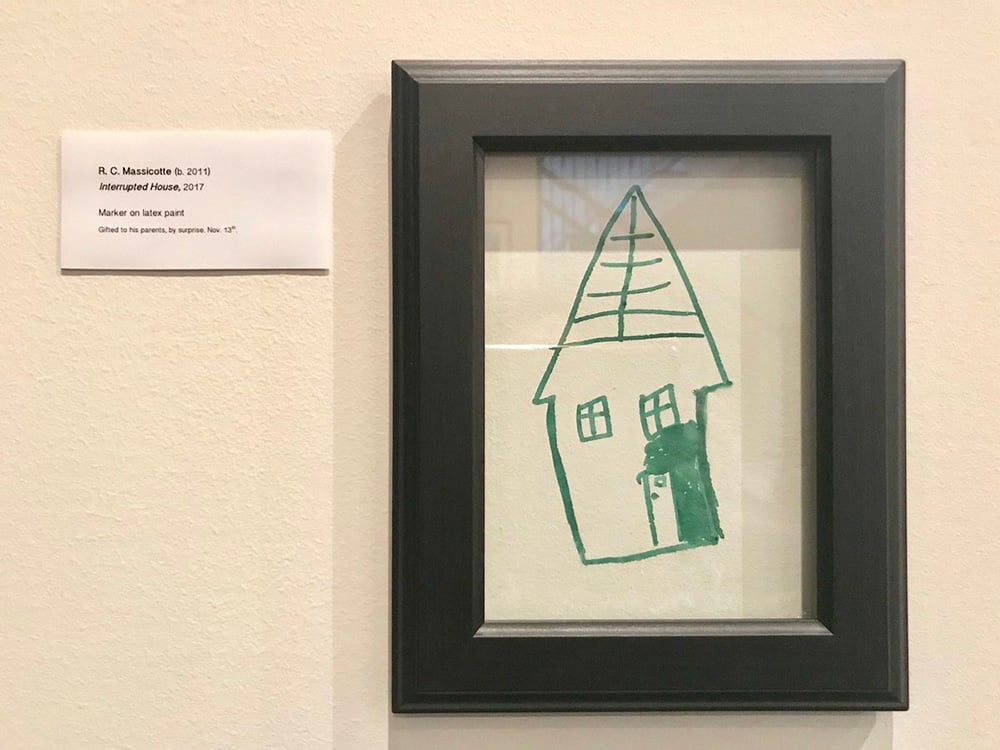 Embrace the chaos. Did you ever see this hilarious drawing on Twitter? Laughing out loud that the title is “Interrupted House.” His parents definitely caught him as he was coloring it in!

What art do you have around your home?