Race Matters: “How Does It Feel to Be One of the Few Black People in Your Industry?” 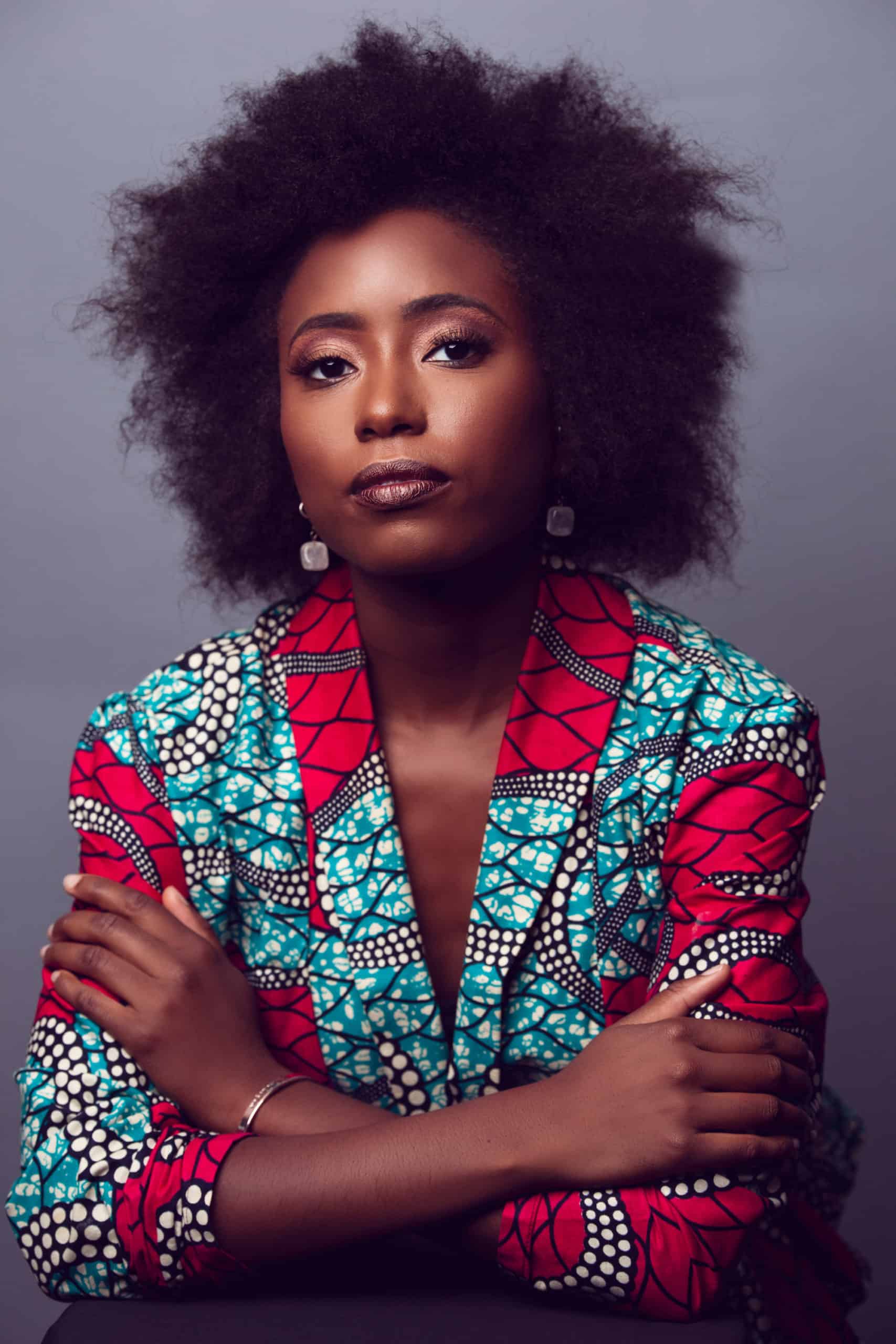 PHOTO BY NICOLE MONDESTIN PHOTOGRAPHY FOR CUP OF JO

Have you read The Other Black Girl by Zakiya Dalila Harris? The bestselling new novel is about a Black girl working in the starkly white world of book publishing, and the tension that unfurls when another Black girl gets hired. The microaggressions pale against the other sinister forces at play in this genre-bending thriller, which has racked up dazzling reviews calling it “subversive,” “brilliant” and “whip smart.”

For this installment of our Race Matters column, Christine Pride sat down with author Zakiya Dalila Harris to talk race, writing and publishing.

Christine: I’m thrilled to talk to you today for many reasons, not least our shared experience as one of the few Black people in publishing. In a recent interview with Robin Roberts on GMA, you said you were very young when you knew you were a writer. How did you know?

Zakiya: I loved writing stories as a kid. My dad is a writer — he wrote a newspaper column and taught college journalism. So, reading and writing skills were big in my household. When I was 12, I submitted a story to a contest sponsored by American Girl Magazine. The prompt was an illustration of a girl standing at a mailbox with a letter in her hand and two girls standing with her, looking at her like, oh my God. So, I wrote a story about a girl who wins two concert tickets and has to decide which friend to bring. It won and was featured in the magazine — my first official publication. I wasn’t super confident as a young person, so that was validating. Later, after majoring in English literature in college and getting my MFA at the New School, I became an editorial assistant at Random House.

I’m curious about your transition from editor to writer, having made it myself. How is it being on the other side?

I enjoyed working in publishing, but it’s hard to be a writer and editor. There’s a lot of fatigue that comes with managing the production process and trying to make everyone happy. On top of that, there was fatigue with being the only Black woman in the editorial department, and not knowing if anything would ever change. Once I got promoted to Assistant Editor, I should have been happy, but… I wasn’t. I realized that I would need to sacrifice my own creative outlets to focus on other people’s work. At that point, I had already started writing The Other Black Girl and was so into it. Quitting was a hard decision — I felt guilty leaving my bosses, and I had spent years establishing myself — but I was like, I need to do this for me.

What a brave decision to give up a steady paycheck and health insurance. Was there ever a point where you had a yikes-I-might-not-be-able-to-do-this moment?

I definitely had self-doubts. I started writing the novel in January 2019 and quit my job that April. I was working part-time jobs, and I felt like I had a lot to prove to myself and others. When my draft was ready, I queried agents and one of them told me that she liked the book but essentially said, ‘I think you should change the industry from being publishing to being something else.’ She didn’t think the publishing industry was ready to confront some of these issues or be called to task. I cried because I thought that would be the response I’d keep getting from agents. Fortunately, it wasn’t — I met my wonderful agent, Stephanie, a few weeks after that, and we sold the book in February 2020.

In a huge auction! Congrats. One of the best parts about your book is how much you nail what it’s like to be the only person of whatever category in the room. Were there any times when you felt, I just can’t include this real-life example?

Overall, I had a genuinely good experience in publishing, but there are still moments when you’re just like, wow – for example, the lack of attendance at diversity meetings and the circular conversations, like, ‘What does diversity even mean?’ Also, those conversations around: ‘Is there an audience for certain books?’ Lots of dog-whistle, coded language. It was maddening. Even beyond race, I wondered, why were there so many men at the top? That made me scratch my head. So, I wanted the novel to convey what an environment like that, one that doesn’t make you feel like you can speak up, does to you. Also, the idea of making yourself feel small, or wanting to blend in, and what it’s like to be an outsider. It’s so complicated to navigate.

Who was the audience for your book as you were writing it? Was it written for Black readers, specifically?

I definitely hoped it would resonate with Black readers, especially Black women, which is why I didn’t ‘translate’ Black cultural references that appear in this book. I wanted my characters to feel and sound realistic to Black readers. And I hoped this book would have a white audience, too. I wanted readers who didn’t understand these conversations — the ones about Black hair textures, for instance — to look these things up. And while the novel primarily follows Black characters, many of the issues these characters face are either caused or heavily influenced by a severely unbalanced power structure that’s propped upon 400 years of white supremacy. My hope is that this book encourages people to better understand their own prejudices and blind spots.

Another thing we have in common is that we have the same editor, the fabulous Lindsay Sagnette, who happens to be white. I’m curious, given the subject matter of your book, did you have strong feelings about the race of your editor?

Back when I was writing the book, I was like, if one person, white or Black, is into this novel, I’ll be happy. And realistically, given how many more white editors there are, I knew that it was likely that I would end up with a white editor. So, I was ultimately less concerned with race than I was with overall vibe. Another thing was that I already had lots of Black readers for the manuscript — my dad, my friends — so I thought it would be helpful to have a white editor to get that perspective. I’ve loved working with Lindsay; she’s been fiercely passionate about this book from the beginning and her critical eye made it so, so much stronger. I also had the great fortune of receiving a second round of edits from Chelcee Johns, a Black editor who had also bid on the book. Despite the fact that I ended up signing with Lindsay, Chelcee still wanted to be involved with The Other Black Girl, and to my great fortune, Simon & Schuster made that happen.

Speaking of editors, what advice do you have for Black or POC folks who want to break into publishing?

Publishing is going through a much needed push to hire more POC folks. Beyond keeping your eye on official job postings, one key is networking. Social media is a good tool for building relationships; you can get involved in the online conversations happening between writers, editors and agents. There are also mentorship programs these days designed to help people of color get access, like People of Color in Publishing. Don’t be afraid to cold email a person in the industry either. Sending a nice note to the agent or editor of a book you love can open a door or start a conversation.

Okay, last question: first novels are usually personal in some way. What elements of your book are the most you?

I would say, Nella’s anxiety about not being ‘Black enough.’ I grew up in Connecticut, which was pretty white, and then I went to college at UNC-Chapel Hill, where, at least early on, I mostly had white friends. We’d go to frat parties and I would feel so out of place. I had this yearning for Black community, but also felt like I didn’t quite fit into that because I had hung around so many white people. There was this push/pull. By junior year, I found my people, and I lived with a group of Black women senior year, which was amazing.

Let’s close with a quick rapid-fire round:

What keeps you up at night?
I’ve been anxious about being able to convey my book the way I wanted to other people. I constantly worry about saying the wrong thing.

What’s the first book you loved as a kid?
Ella Enchanted by Gail Carson Levine.

Author you stan, living or dead.
I’ve read so much Stephen King at different stages of my life, and his work and interviews about writing have always spoken to me.

If you could tell people to read one book, besides your own, what would it be?
Cultish by Amanda Montell. It’s about language, trends and human nature — the ways in which we move through the world and see ourselves and how society develops certain terms and groups and why. I found it fascinating and relevant; it has changed the way I see the world.

Favorite writing snack or ritual.
Coffee and a plate of grits. 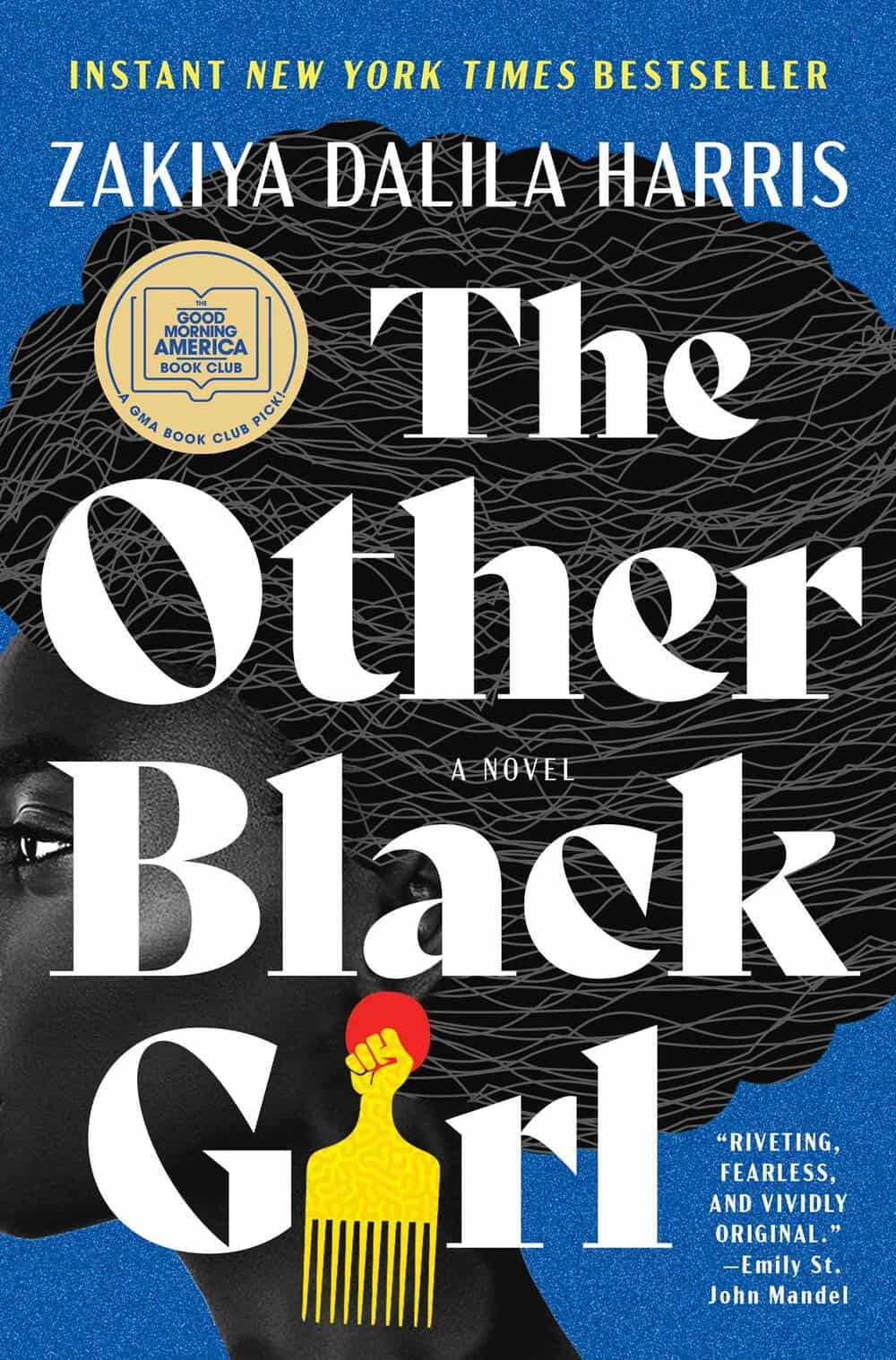 Thank you so much, Christine and Zakiya. The Other Black Girl came out on June 1, 2021.

By Joanna Goddard
Design
What Grief Feels Like
January 27, 2021

176 COMMENTS
By Joanna Goddard
Design
The Darkly Funny Book I Can’t Stop Thinking About
May 11, 2021