A Fresh Look for Cup of Jo! 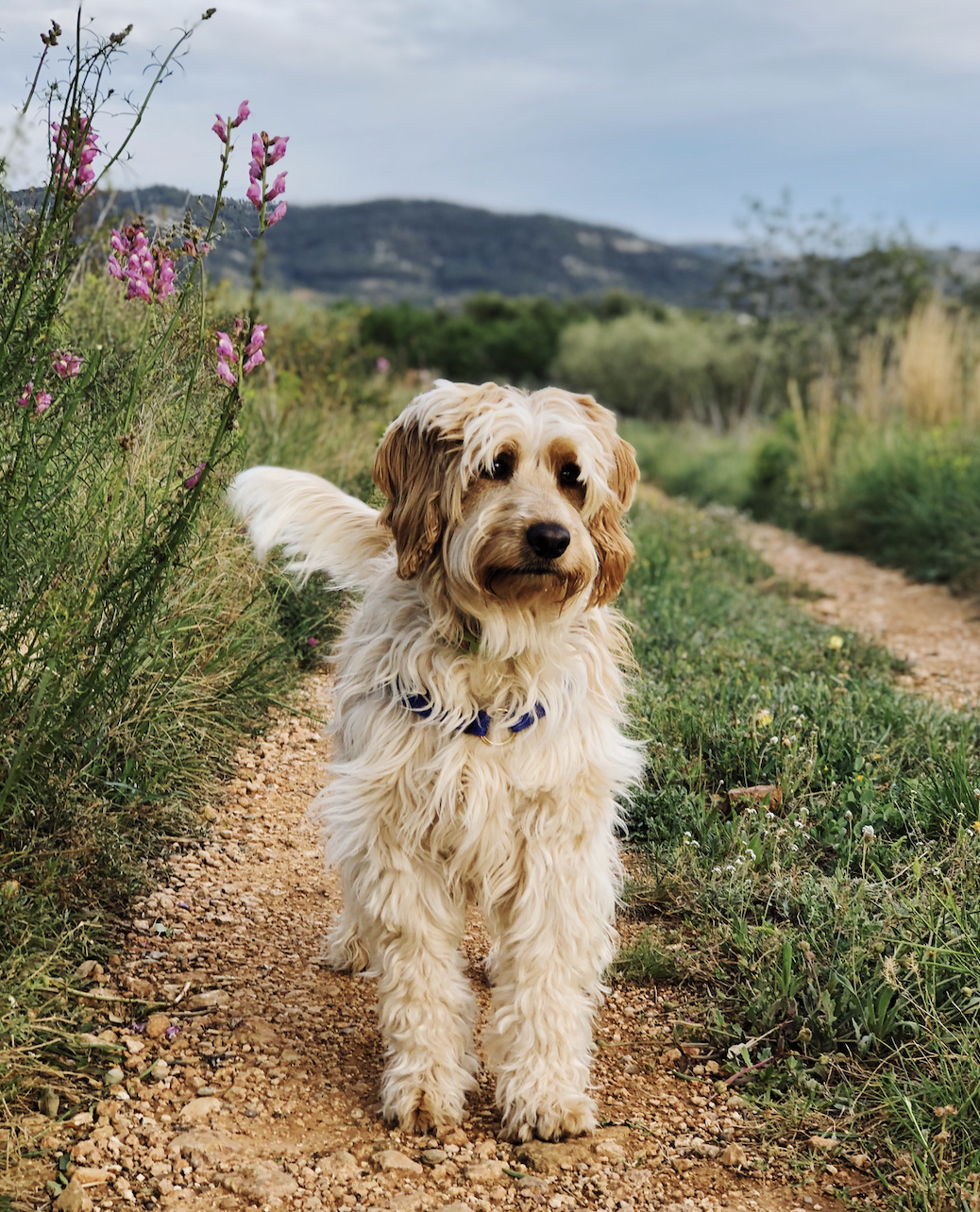 Welcome to our new look. We are thrilled to introduce our redesign and take a walk down memory lane…

First off, change is weird — like when you get a drastic haircut and don’t recognize the person in the mirror. But we hope that this updated look makes the site feel fresher and more welcoming and also helps new readers explore evergreen posts in the archives. Hopefully the design will come to feel as familiar and cozy as the old site. “It feels like my living room was redecorated,” said a reader named Jennifer. 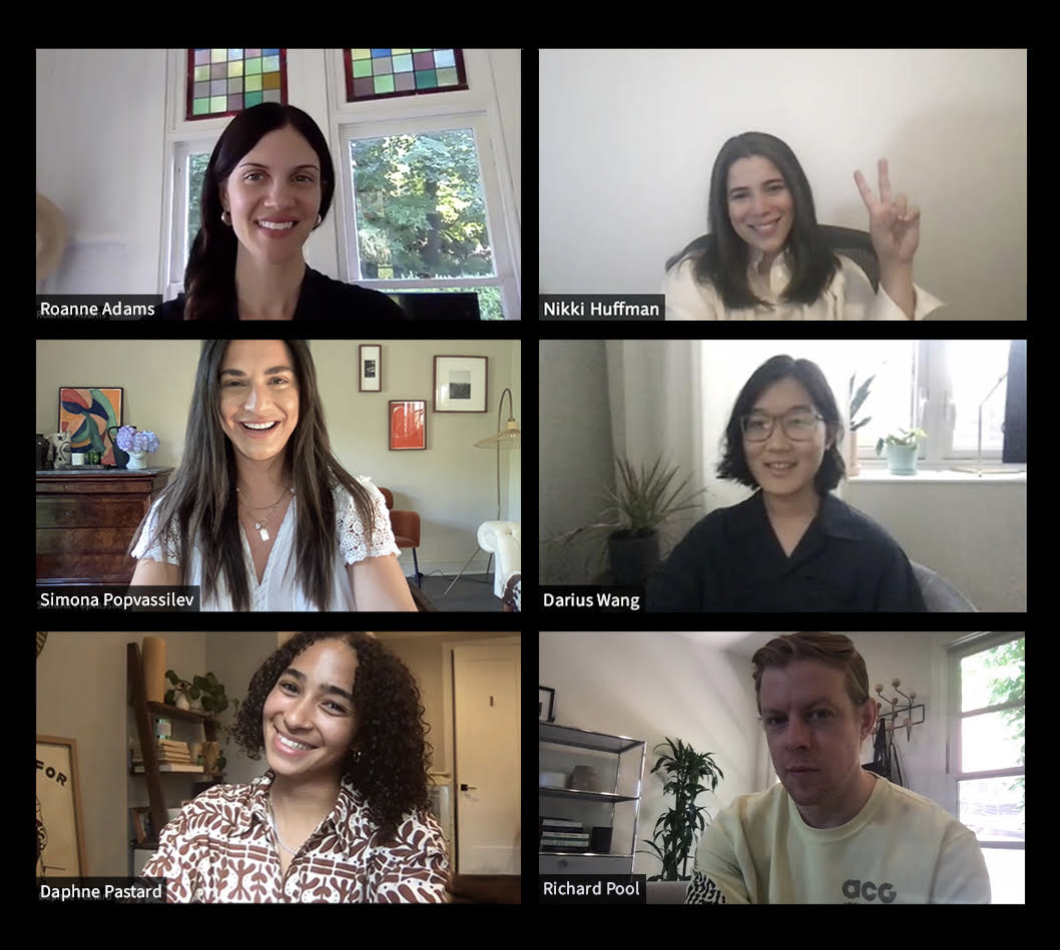 When we decided to redesign the site, we pinched ourselves to get to work with RoAndCo, an incredible woman-owned creative studio based in Manhattan. They understood our goals right away and designed new elements, including a custom logo, color scheme and typography system. 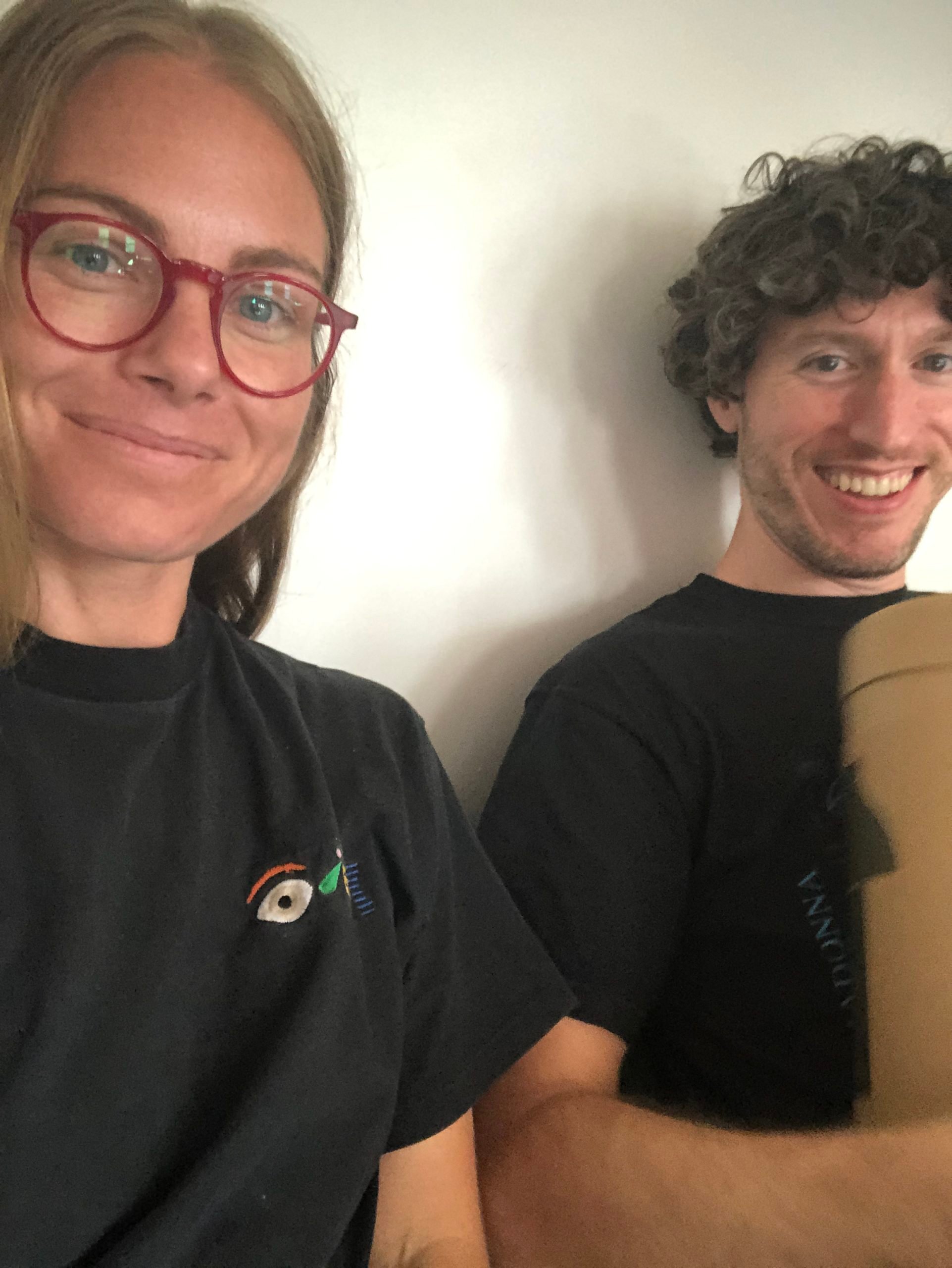 Want to see how Cup of Jo has looked over the past 14 years? It has changed so much! Here’s a timeline: 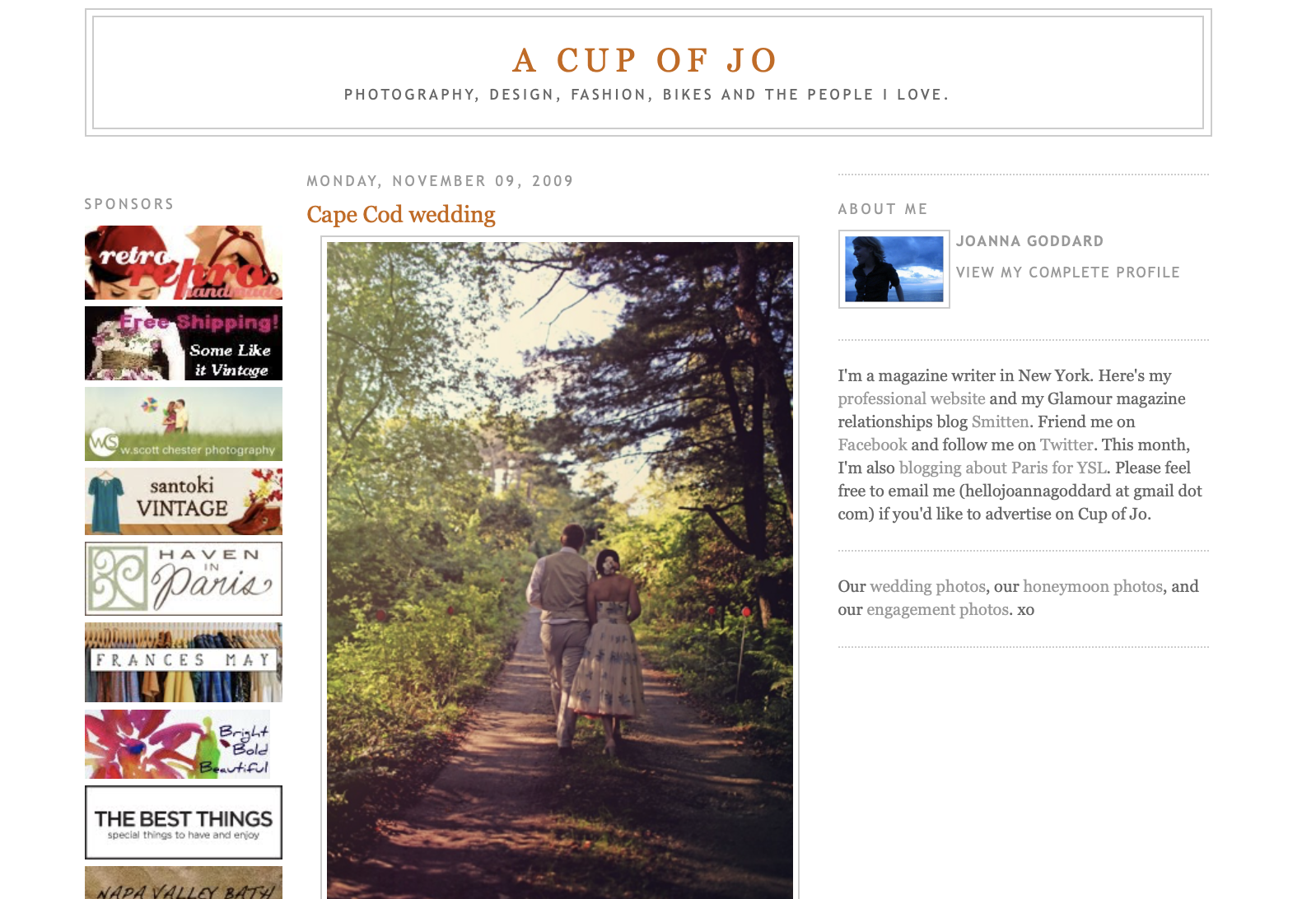 When I decided to play around with blogging in 2007, my younger brother set up a blogspot name and randomly called it “Cup of Jo.” My career was in magazines but I thought it would be fun to mess around on nights and weekends. (Also, I had just broken up with a long-time boyfriend and needed a distraction from eating chips on the sofa and texting him from my flip phone.) 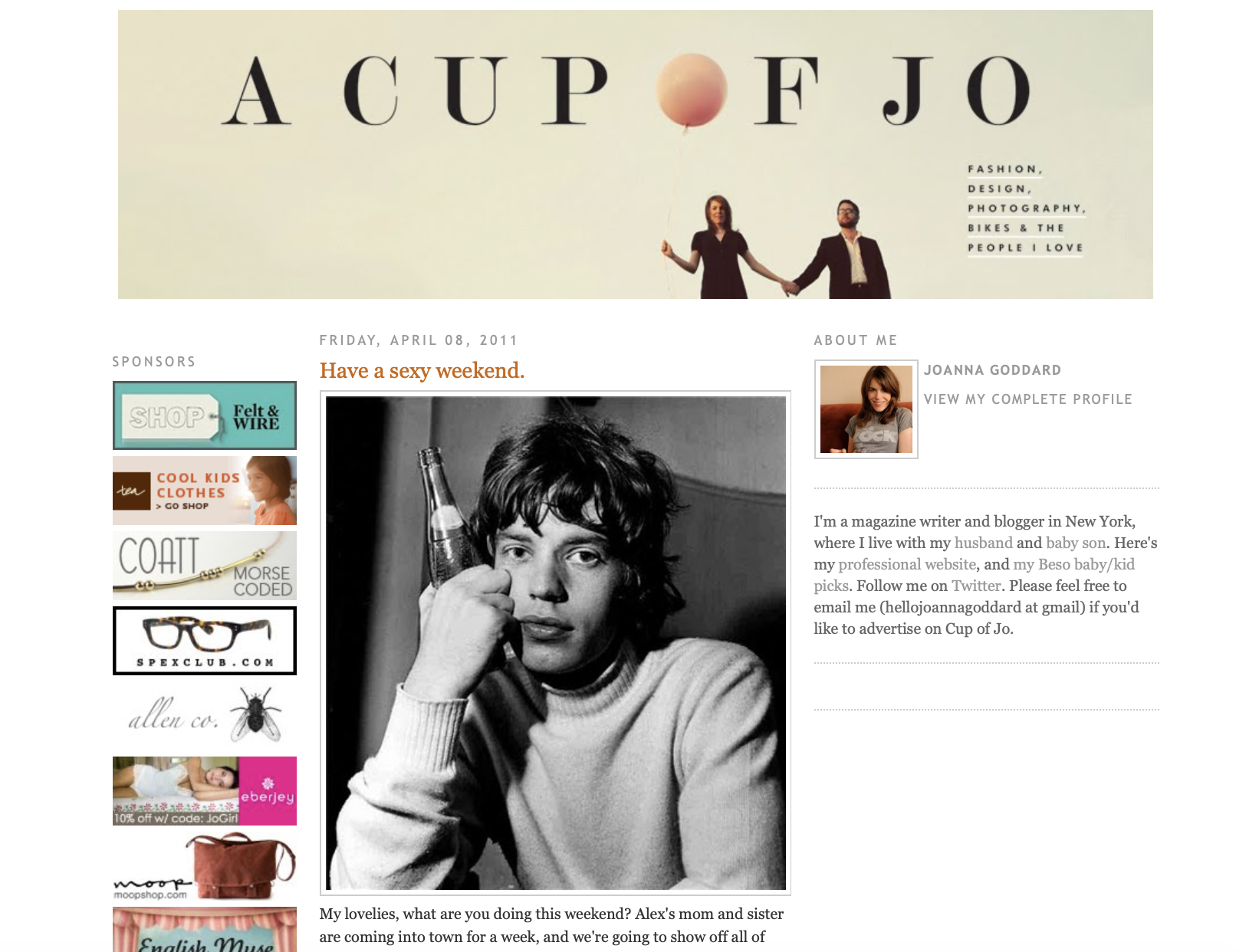 Over the next couple years, Cup of Jo grew more quickly than I’d expected and I realized I could make it my day job. I quit my editorial role at Glamour to focus on Cup of Jo full time. But to be honest, the transition felt like a big career risk. My concern was that blogging wouldn’t become a respected path in the media world and that I’d waste my time experimenting and have to start over in magazines later. 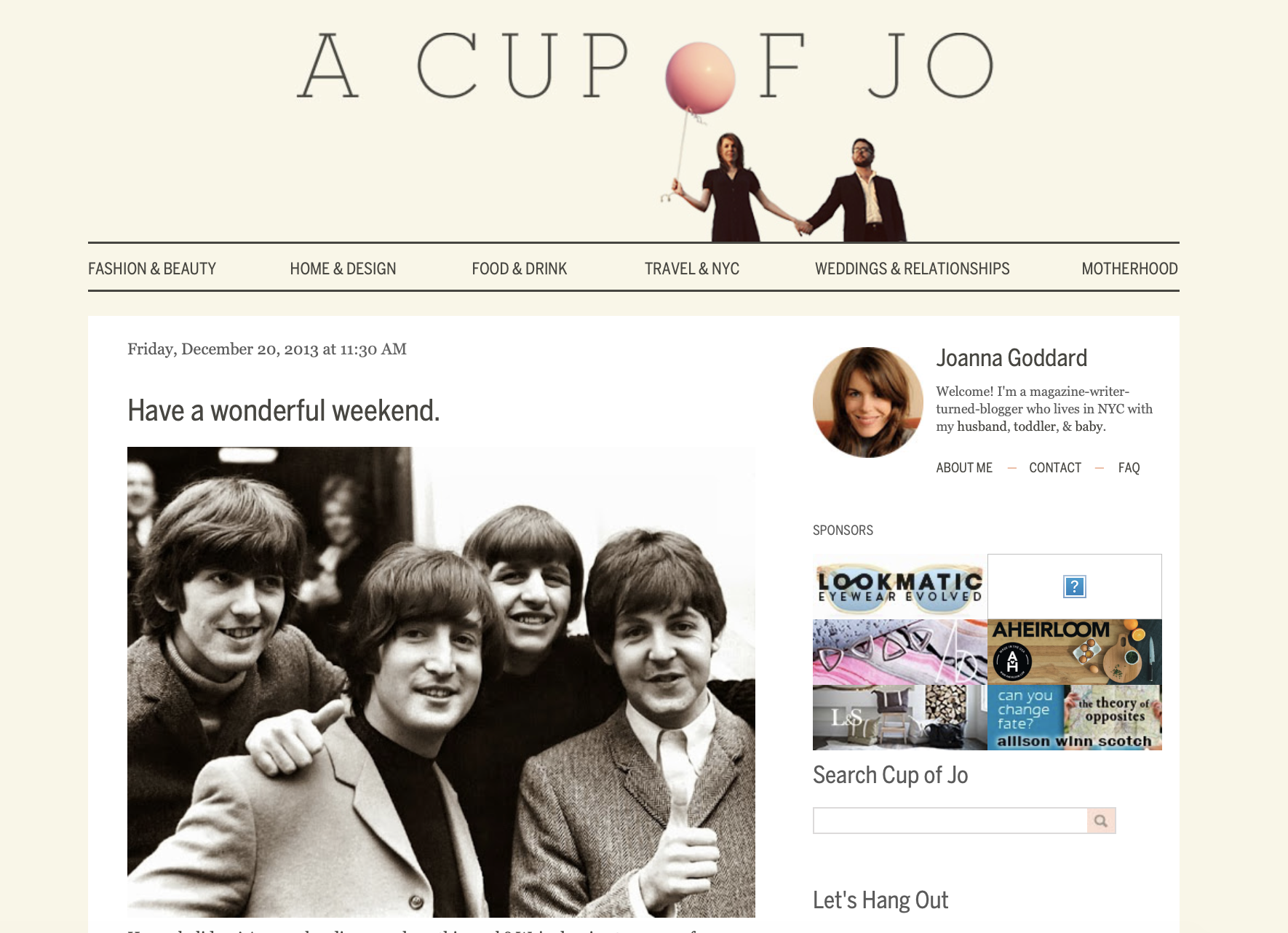 Luckily, the site kept growing, as did my family — by this point, Alex and I had two little boys. In 2013, we did a redesign with the wonderful design agency Apartment One. (I like how they made the balloon in the header a little off kilter and added new colors throughout the site.) And I also hired my first teammate in 2014: the wonderful Caroline! 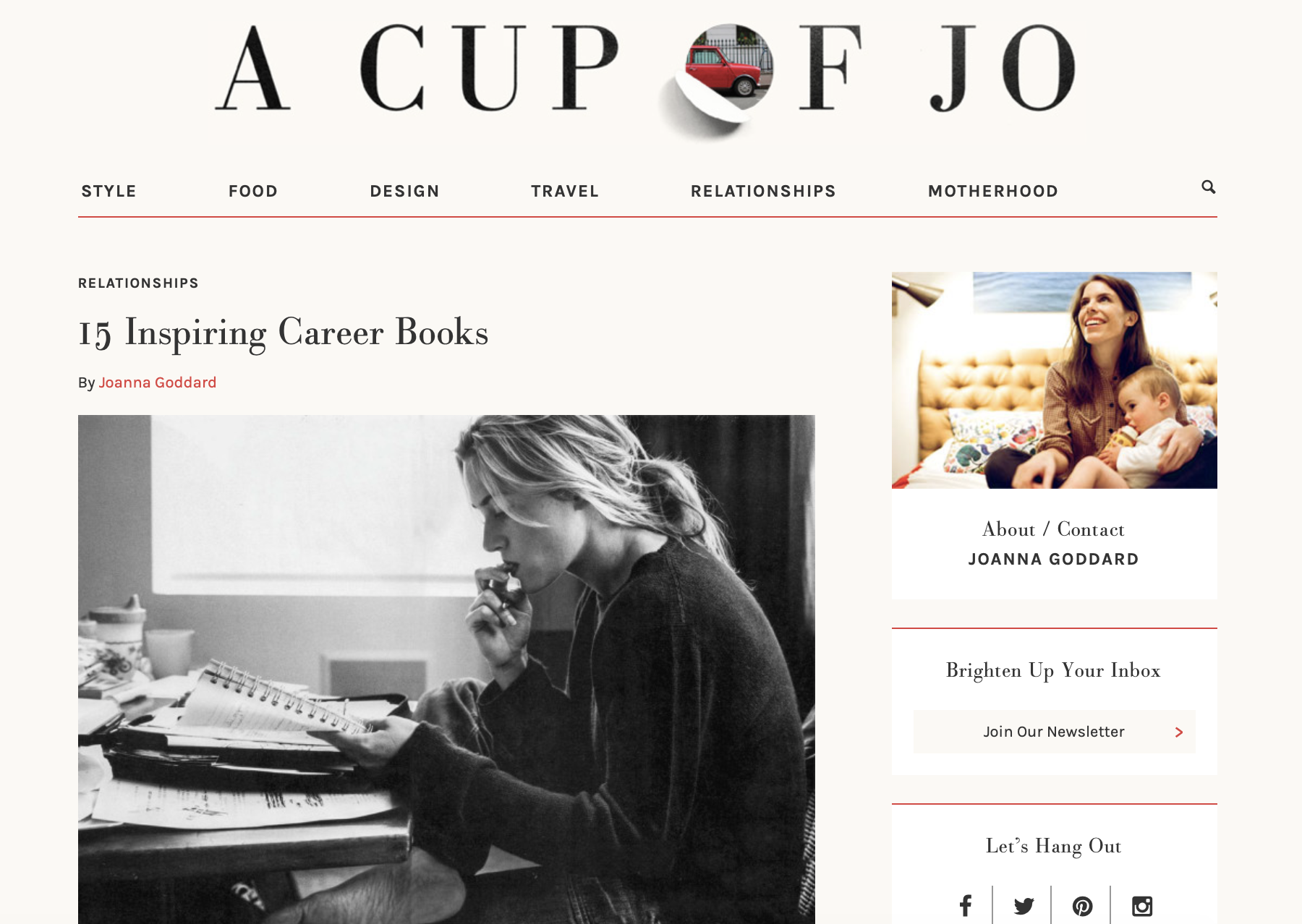 Six years ago, in 2015, we did a larger redesign. Apartment One created the new look, as well as a robust categorization system for the archives. I finally bought the domain cupofjo.com (a guy in Texas had been sitting on it, waiting for me to buy it — we negotiated for years), and we also migrated the entire site from blogspot to WordPress. 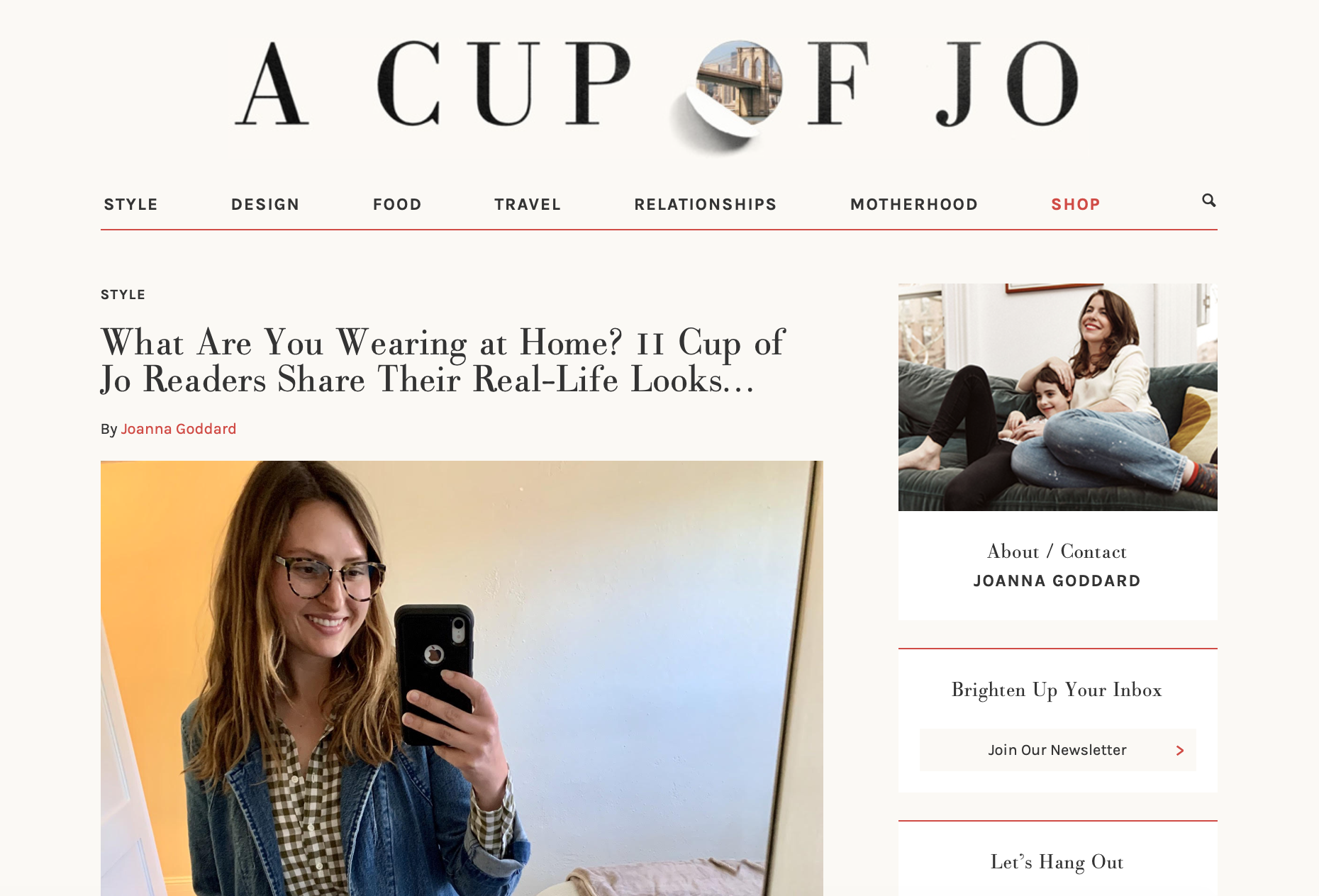 A couple years later, I updated the photo on the top right, since Toby was officially not a baby anymore. That’s all! 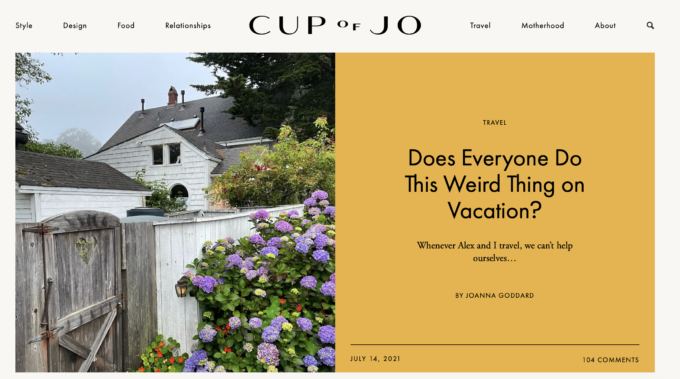 That brings us to today, when we are launching our newest redesign. We have been craving a fresh look/feel for a few years. We wanted Cup of Jo to feel more current and robust. We hoped to add more entry points to past posts, so people could more easily explore the many years of evergreen content (including Japanese parenting, marriage secrets, and house makeovers). We also wanted the site to reflect our team and not have my photo on the homepage (which made it seem like a personal blog). 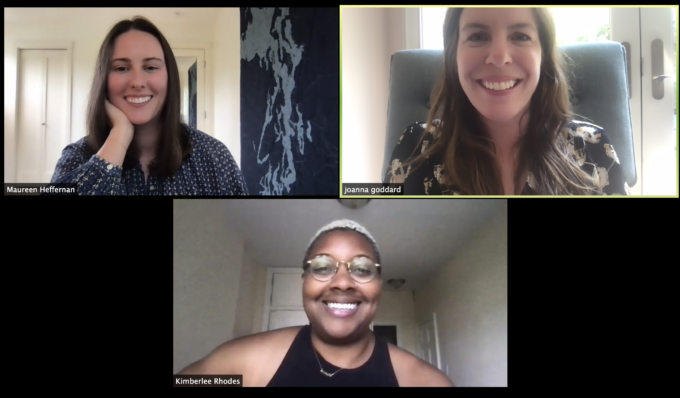 Maureen, Kim and me on Zoom

We hope you enjoy looking around, and we are really grateful that you’re here. Thank you so, so much for reading. xoxo

By Caroline Donofrio
Design
A Whimsical Brooklyn Home (With a Trapeze!)
February 12, 2019