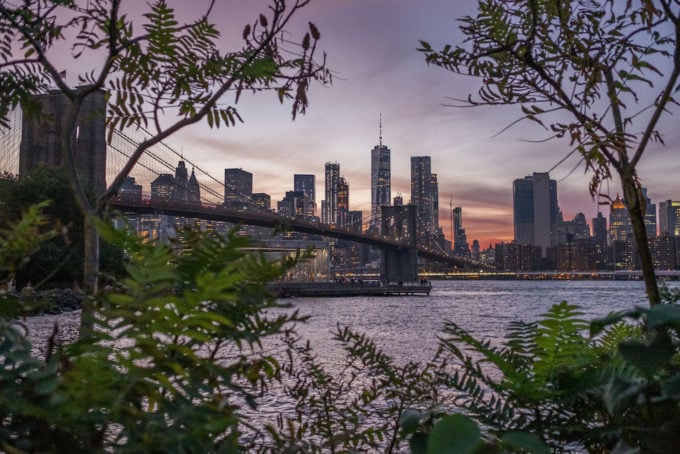 This morning, I woke up in the Holland Tunnel. Allow me to explain…

Historically, I have preferred to sleep in a room resembling a tomb — dark, cool, silent. I am also what can only be described as a tidy sleeper. There is no balling of pillows and minimal rustling of sheets. Often, I’ll wake in the morning to find the bed is still made, with me inside of it, like a sardine neatly tucked in its can.

My boyfriend, on the other hand, is my sleeping opposite. In every single way. And I have made some concessions.

Now we sleep with an arrangement that I jokingly refer to as “the Holland Tunnel.” Today, the ceiling fan whooshed air around the room, like the bed was a convertible. The white noise machine whirred with a sound similar to cars rushing through a tunnel at rush hour. An assortment of pillows, gathered into an arrangement loosely resembling Stonehenge, were placed ON TOP OF MY BODY. The blankets formed a rumple at the foot of the bed, spilling onto the floor.

“What IS this?!” I grumbled to myself, more out of surprise than annoyance.

What I really meant was, how did I get from tomb to tunnel? And how did it happen so quickly?

Just one year ago, I did not yet know this person. Moreover, I was in a place where I feared I never would. If one-year-ago-me could behold this scene, she would surely laugh. She would also be pleased to see how much can happen in a year — that one can go from not knowing someone to not being able to picture life without them.

Once I exited the Holland Tunnel, I headed to the shower, the birthplace of important thoughts. I realized that over the years, there have been many things I’ve sworn I’d never do, or say, or be. And then, at some point in the future, I’ve done or said or been them. There were many well-laid plans that have, for one reason or another, gone in an entirely different direction.

When I was 17, a group of friends were discussing their plans for the future. What would they do after high school graduation? I remember declaring that I would NEVER live in New York City. So dirty! So urban! So not for me. And yet, once the Barnard college admissions gods had spoken, I happily moved here the following year, and stayed for the next 17.

Eleven years ago, an ex-boyfriend tried to solidify our relationship by gifting me an adorable adopted puppy. The relationship ended months after the fact, but my dog is easily the love of my life.

Younger me would be simultaneously horrified and confused by the contents of my closet, though I can’t tell if the high-waisted jeans or Birkenstocks would offend her more.

Everywhere I look, there is evidence of such unexpected turns — career changes, random opportunities, chance meetings. There are friends who moved to unexpected places. Others who’ve had spiritual transformations. Acquaintances who, with just one fated phone call, embarked on entirely new career paths.

I have a long standing, not-at-all secret appreciation for The Real Housewives of New York City (fondly referred to as RHONY). Recently, I decided to go back and re-watch the first season, which wound up being a surprisingly profound exercise.

From my future vantage point, 11 seasons hence, it was fascinating to watch the characters earnestly go about their lives. “I bet we’ll become great friends!” croons one cast member, about a cast mate she will famously spend the ensuing years sparring with. The seemingly enviable marriage will eventually end in divorce. There are unexpected career changes and children and even jail time.

While it does make for great entertainment, the larger point is that no one is immune to that crazy thing called life. No amount of money or vanity or fame or planning can protect you. And while most of us haven’t lived with cameras documenting the previous decade, I’d venture to guess we’ve all been through similar shifts.

In the words of Lemony Snicket, “Fate is like a strange, unpopular restaurant filled with odd little waiters who bring you things you never asked for and don’t always like.” But sometimes, you do like them.

For now, I’m content to sleep in the Holland Tunnel. In New York City, with my dog at my feet, and who-knows-what waiting just around the corner.

What parts of your life have surprised you? Are there any things your younger self would be amazed to see? 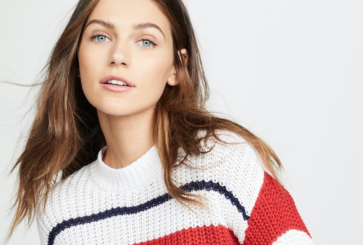 STYLE
8 Everyday Clothes I Wear Over and Over 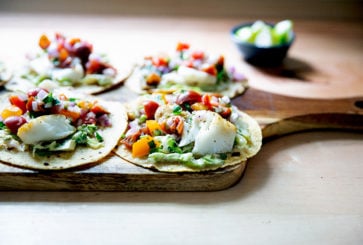 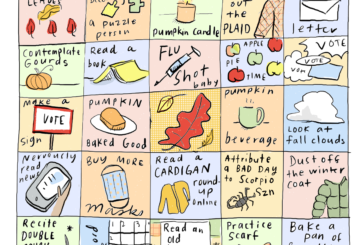 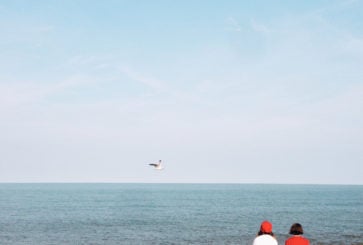 RELATIONSHIPS
What Are You Proud Of?