What IS Romance, Really? 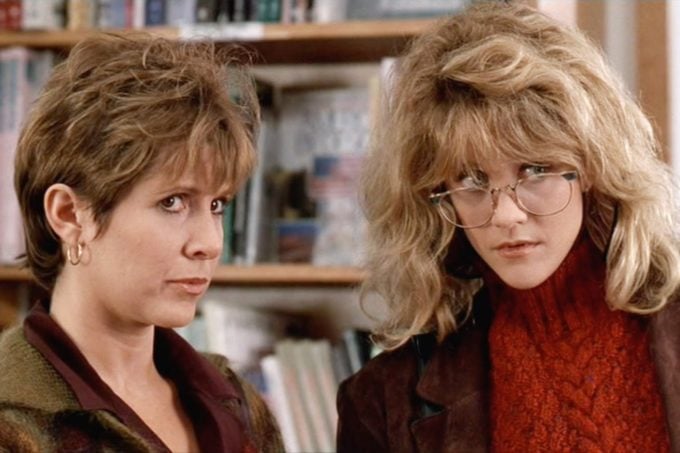 No, but for real…

My cynicism started young. I was eight years old when my “boyfriend” (a title deserving of the largest quotation marks possible) approached me on the playground and told me he didn’t like me anymore.

“Because there’s a new girl in our class,” he explained, like a Peanuts character with a penchant for heartbreak. “You used to be the prettiest girl I’d ever seen, but now you’re only the second prettiest girl, so I don’t like you anymore.”

His words cut me to my third grade core. And just like that, I stopped believing in romance.

From that point forward, while my friends adopted a more optimistic worldview, every time a human attempted something romantic in my general proximity, my reaction was something like this. You can keep your teddy bears and your surprise trips to Paris, your slow dance songs and your Say Anything gestures. When Harry Met Sally notwithstanding, I don’t even like romantic comedies. They’re filled with tropes and rarely pass the Bechdel test.

I longed for something different — subtle, yet serious as a graveyard — which I feared did not exist. There is a Billy Bragg lyric in which he describes his love as “a little black cloud in a dress” and that spoke to me. I’m not unhappy! I’m just me — generally sardonic and often skeptical.

Slowly over time, I gave up on all that and embraced a different kind of romance, all on my own. A life filled with friends and creativity and wonder over things like puppies and Trader Joe’s foodstuffs. Of solo adventures. Of outcomes more easily controlled because they didn’t involve another human being.

Sometimes, if I was very quiet, there whispered the romance of possibility. The undeniable romantic pull of what is yet to be. And in those moments, I couldn’t help but wonder (sorry, so sorry) might romance — that other romance, involving another person — be possible after all?

I’m in a relationship now (couldn’t you tell, from my super optimistic outlook on love HAHAHA) and this question has been plaguing me. How can I believe in chakras and not in romance?

I want to be a believer. I want to remember to gaze at the stars. I want to forgo the giant sunglasses and weep openly at weddings. I want to engage in behavior that makes other people want to throw up a little. In the words of the immortal Liz Lemon, “I want to go to there.” Maybe, I suspect, I believe in romance so much that I’m afraid to let it run amok.

“There is a certain romance in having a witness to your life,” offers one friend, when I ask what it’s like to be married.

“I just went to the Met,” supplies another friend. “And man, that place is full of couples. It often looks like one person was dragged there by the other, but that is its own kind of romance.”

My officemate offers me a glimpse of her grandmother’s scrapbook about love, compiled for the women in her family. It tells the story of her grandparents’ courtship and decades-long marriage, with memories down to the smallest details. “My grandmother was the biggest romantic,” she said. “And my grandfather worshipped her.”

“I’ll never give up on romance,” says my best friend. “All you really need is two people who believe in it.”

Maybe that doesn’t sound so impossible, after all.

To that end, what’s the most romantic thing you’ve ever done? Or that someone has done for you? Help us all feel a little warmer on this December day…

P.S. 12 relationship tips from a weddings reporter and the best romance novels for smart women.