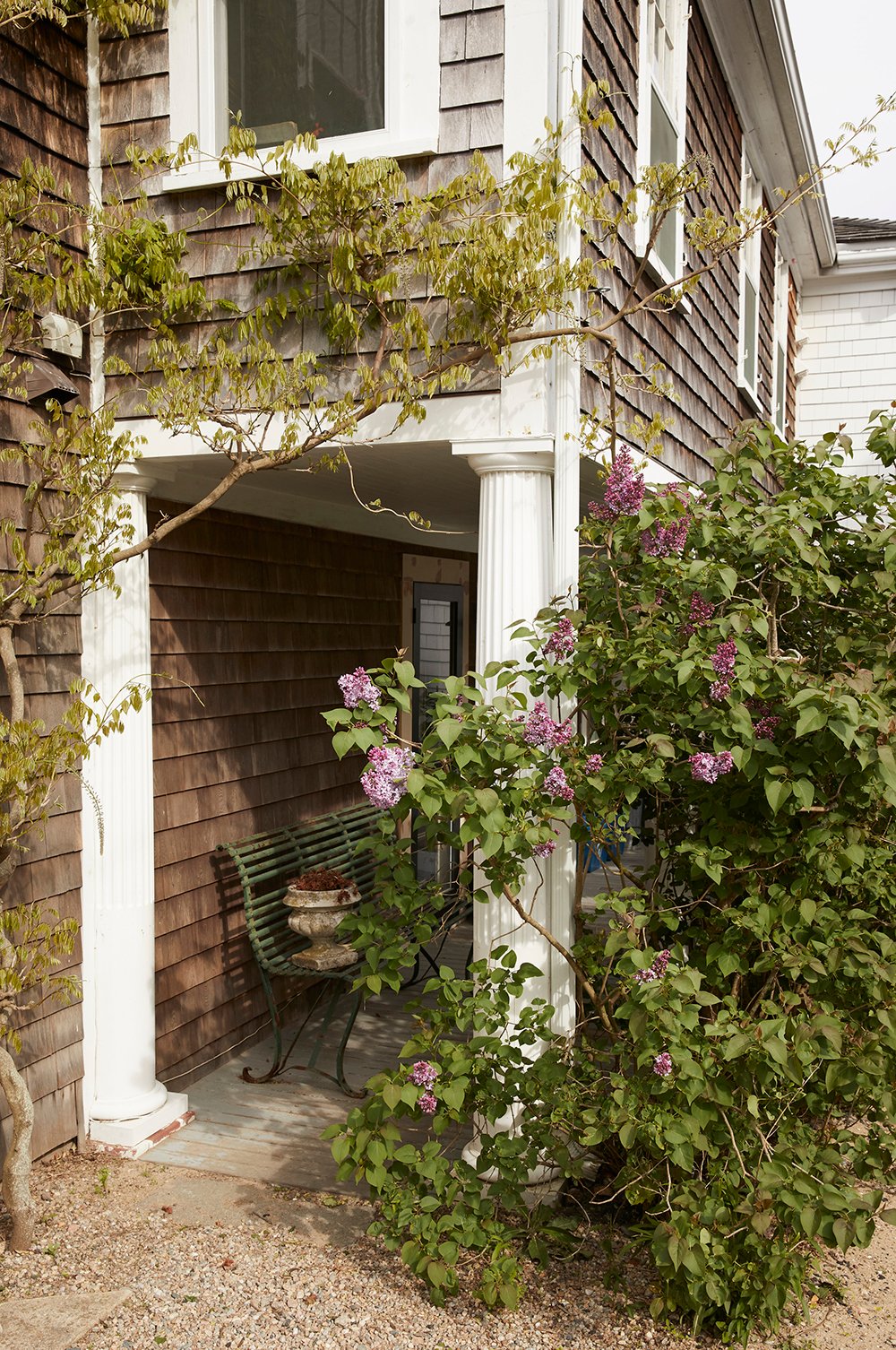 Have you been to a John Derian store? The home goods shop is like a grandpa’s attic, with amazing curiosities everywhere you look. It’s no surprise that John’s 18th-century Provincetown home is just as transporting. “A sea captain used to live here, and then a family got it in the 1930s,” he says. “I’ve lived here for 11 years and love the history here.” Here’s a peek inside … 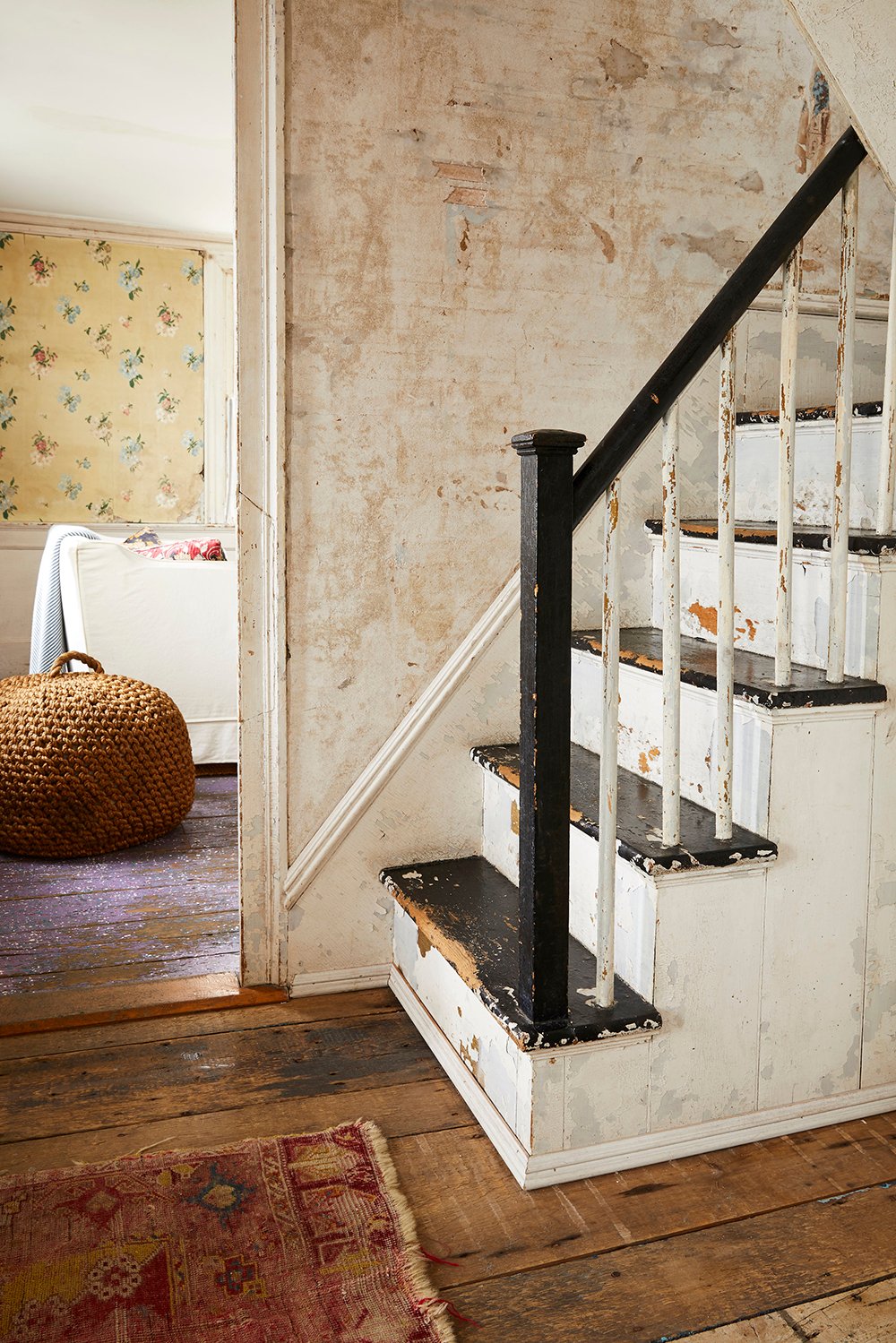 On a twist of fate: I was visiting my friend in Provincetown, and this house had a ‘for sale’ sign. It looked abandoned, and I’m a sucker for a column. When I called the number, they said it was under contract, but months later, I found out the sale had fallen through. As soon as I walked in, I said, I LOVE THIS HOUSE. It was like stepping back in time. I even love the smell. There’s a naturalness to it — it feels good when you walk in. 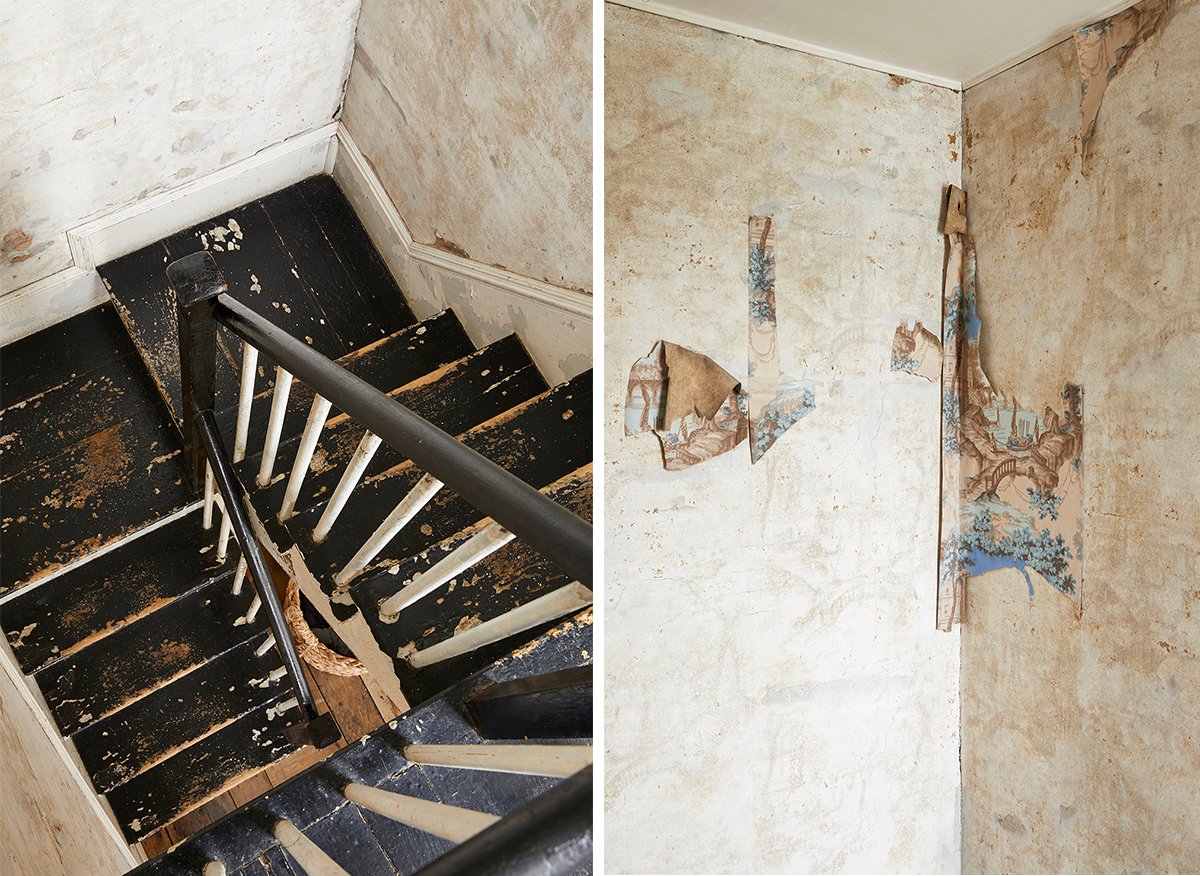 On respecting the past: I renovated the plumbing and electric, but left the rest of the house how it was, even the peeling wallpaper. A year afterward, my brother visited and said, ‘Take your time renovating it.’ I didn’t have the heart to tell him I already had. 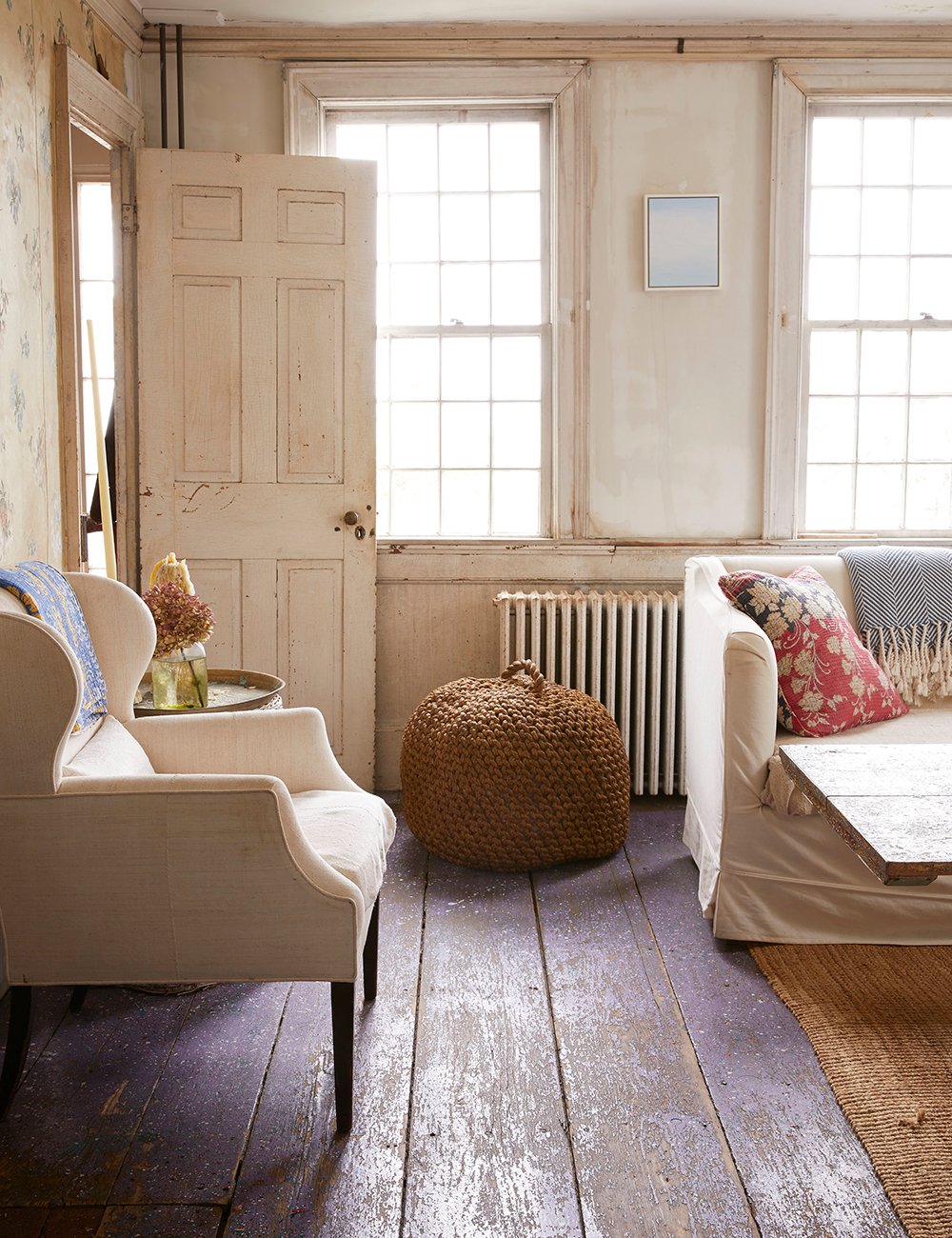 On a passion for movies: Growing up, on Saturday and Sundays, there were 10, 2, 4 and 6 o’clock movies on TV. I’d hide in the basement watching three in a row — until someone would bust me to go do yard work. I liked I Know Where I’m Going and Black Narcissus. Movies taught me a lot about interiors. 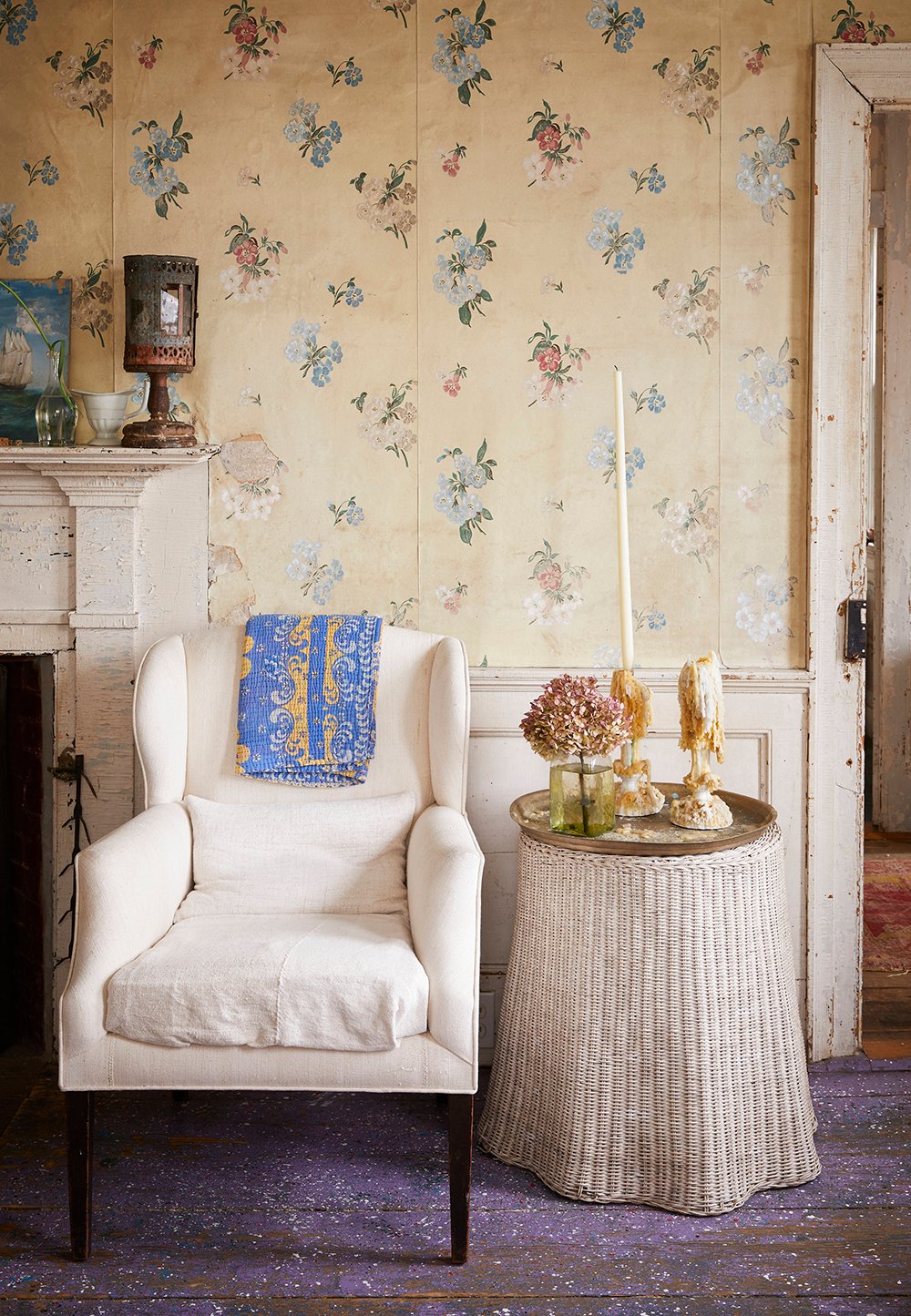 On towering candles: A friend and I went to a store that sells all these tall candles. He was giving me grief, saying, ‘Why would anyone use those?’ And weirdly, a week later, we were at a work event and they had the candles and they looked great. He was finally like, ‘I get it.’ Tall candles bring the light above everyone, and you can see and play games and eat. If they’re too low, it doesn’t really work.

On hanging art: I wanted to keep the house as organic as possible, so I hung things on the nails that were there instead of adding nails. I really appreciate seeing how things evolve. 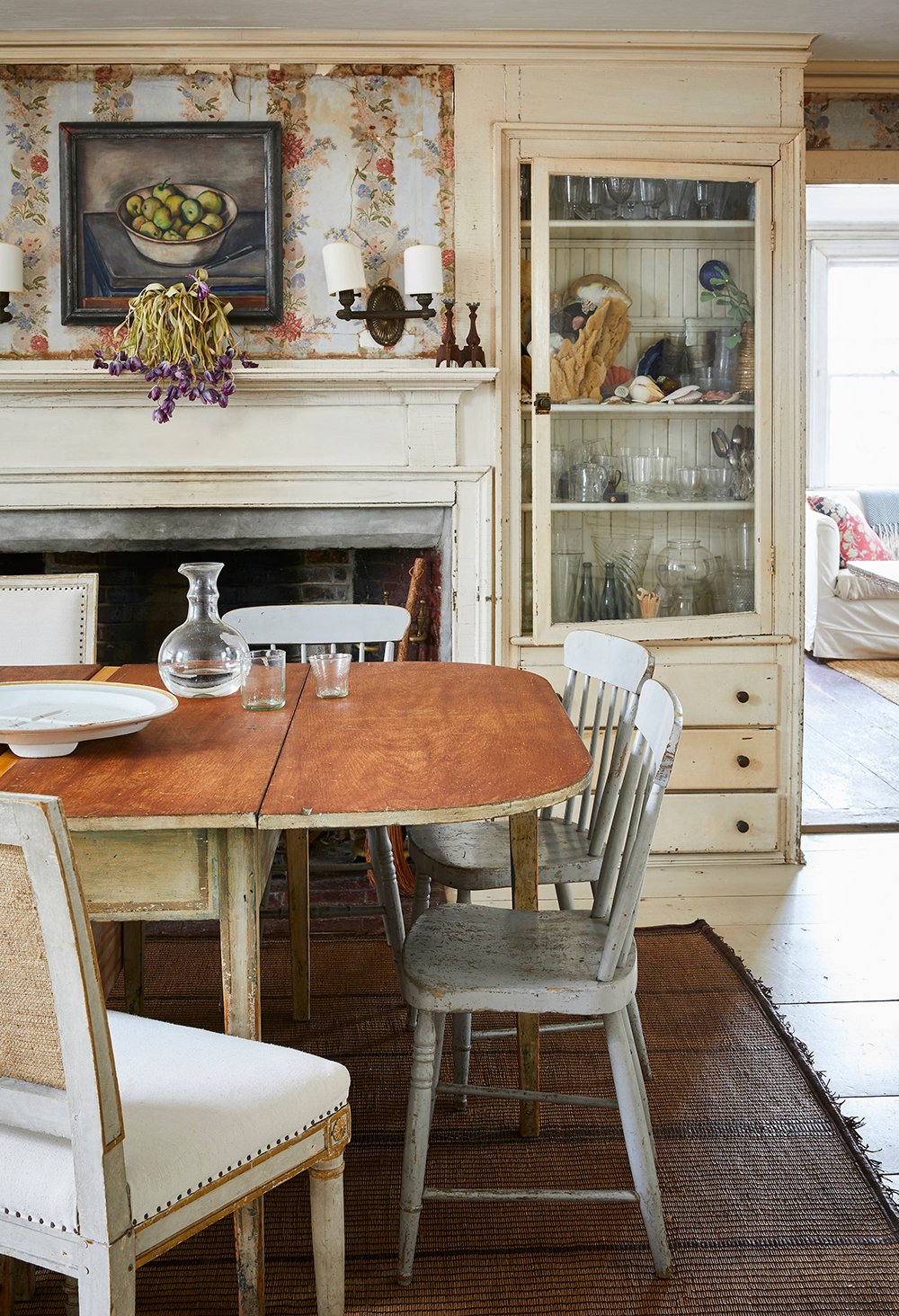 On falling in love: My boyfriend Stephen and I met at a dinner party. It was a set up, although I didn’t know until six months later. They all knew. It has been a decade now. He’s such a great guy. He dances, he cooks, he likes music, he’s a photographer, he’s the whole range. He’s 10 boyfriends in one. 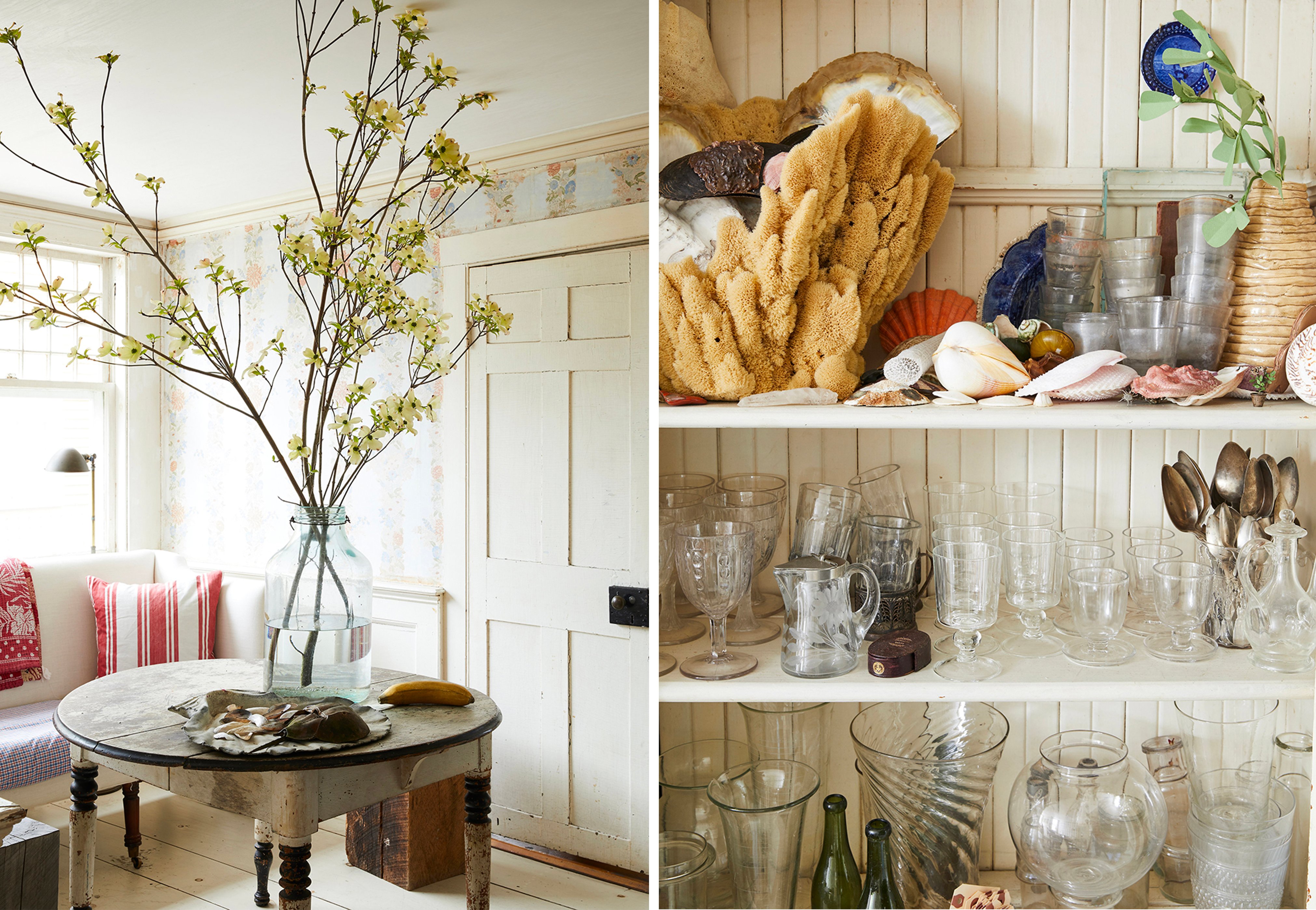 On hosting guests: In the first few years, we had to work out kinks, but now we have it down to a science: many of my friends like to set the table or cook, we all do things together. I always have sparkling water in the fridge, and I do a sunny-side-up egg in olive oil in the morning, which friends now call the ‘John Derian egg.’ I think it’s funny that my friends are calling me by my whole name. 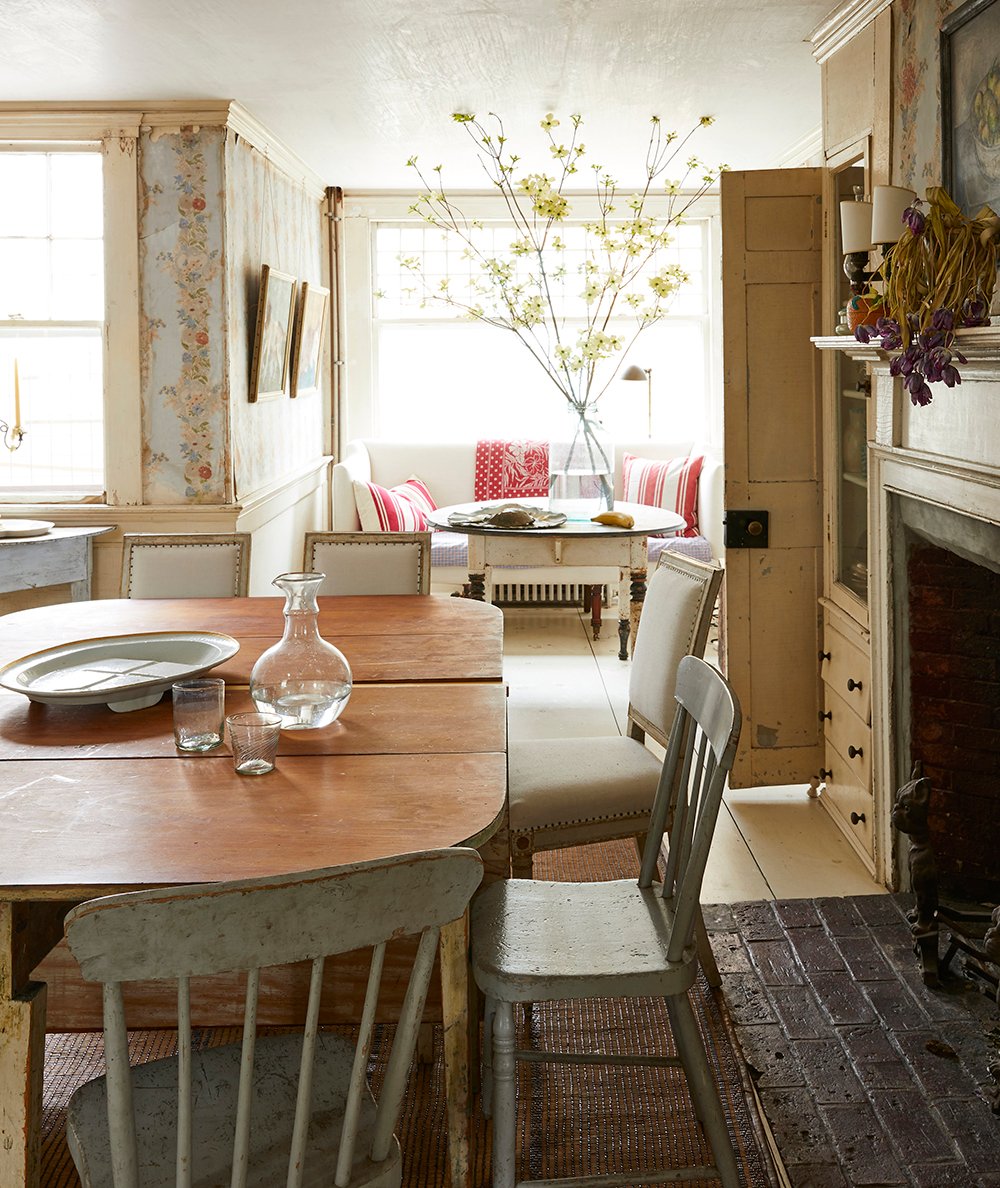 On adding drama: The ceilings are very low, and it’s fun to play with the scale. I like how you can hit the ceiling with an arrangement of flowers.

On cozy retreats: What is it about nooks? Once, when I was too old — maybe 26 — I was getting something from my closet, and it felt so inviting that I lay down, curled up and slept for an hour. I still remember that nap. In the dining room, there’s an alcove with a sofa and table. I sit there a lot. It’s very nook-y. It’s a nook-y nook. 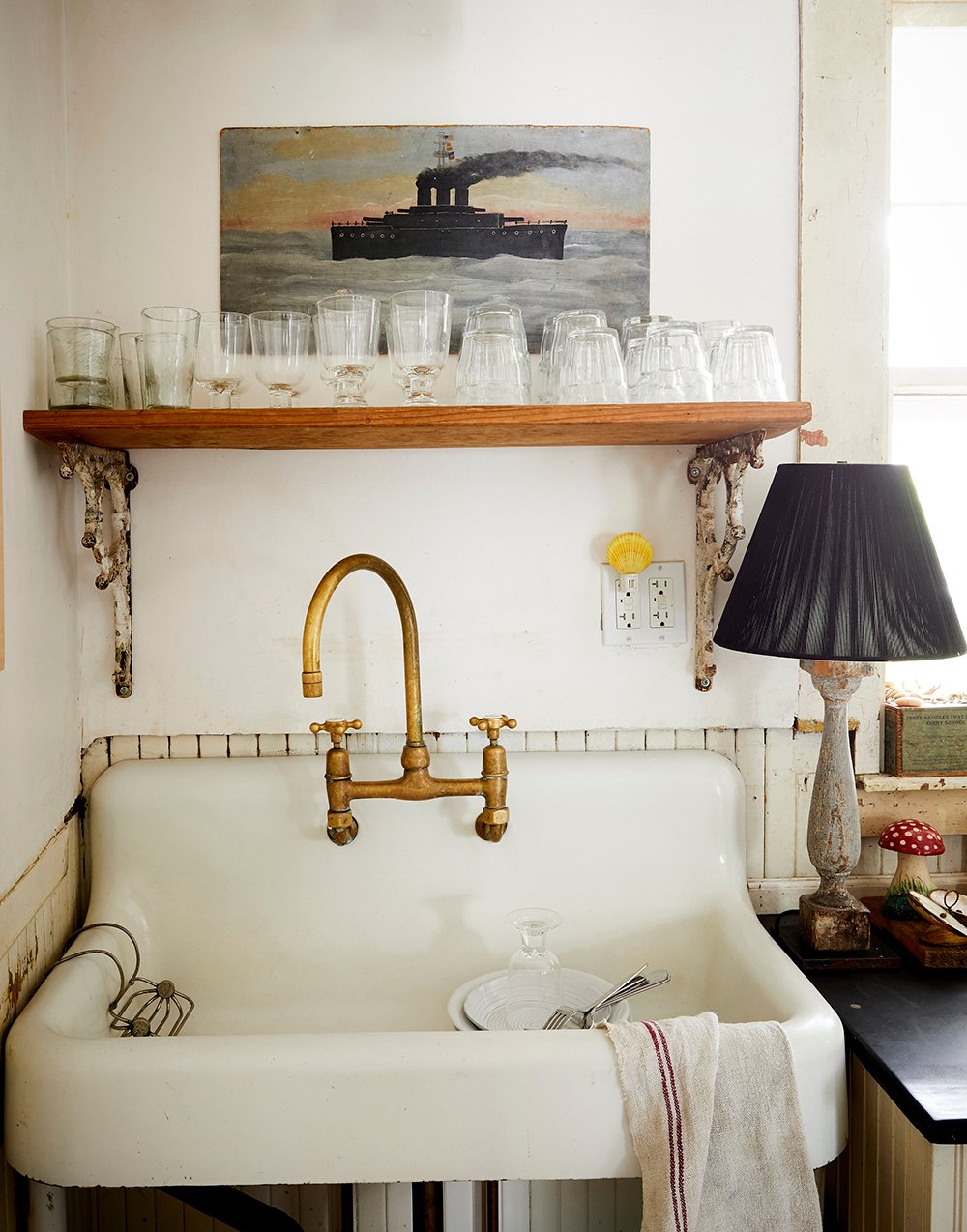 On playing games: When it comes to games, I’m like a terrier with a bone. We use Bananagram tiles to play another game called Anagrams. It’s exciting, but stressful. We also play Canasta, Boggle and Scrabble. We’ll play Celebrity in the kitchen, even with the person who’s cooking, so we can all hang out together. 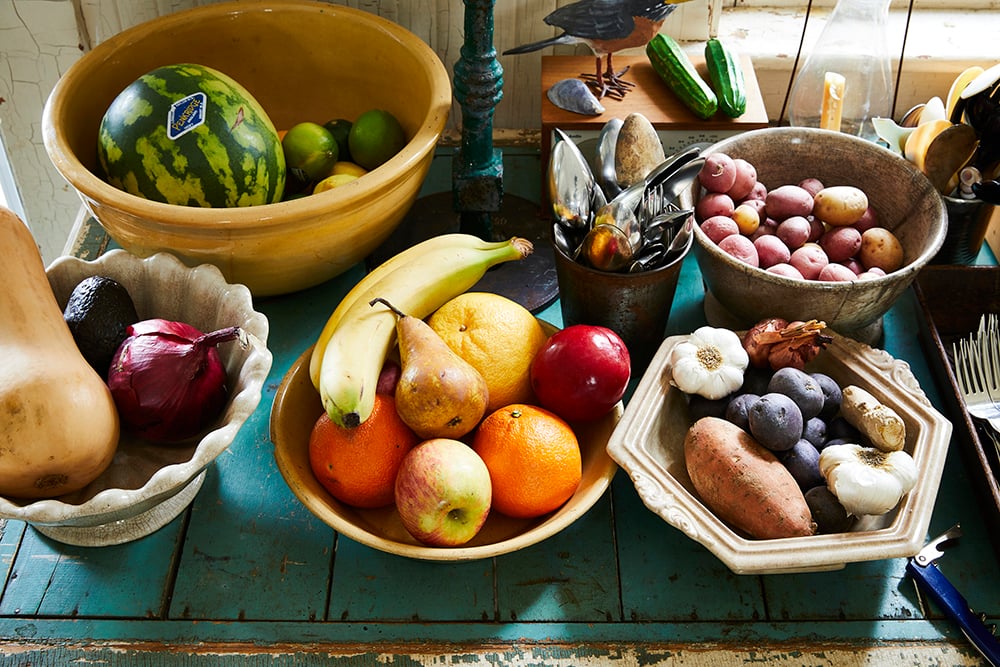 On favorite things: Sometimes in our stores, we’ll sell things I’ve become attached to, and it makes me sad for a moment. I’m proud of the collaboration we do with Astier de Villatte, and the company in England that makes porcelain fruits and vegetables. In the fruit bowls, the watermelon and zucchini are fake. 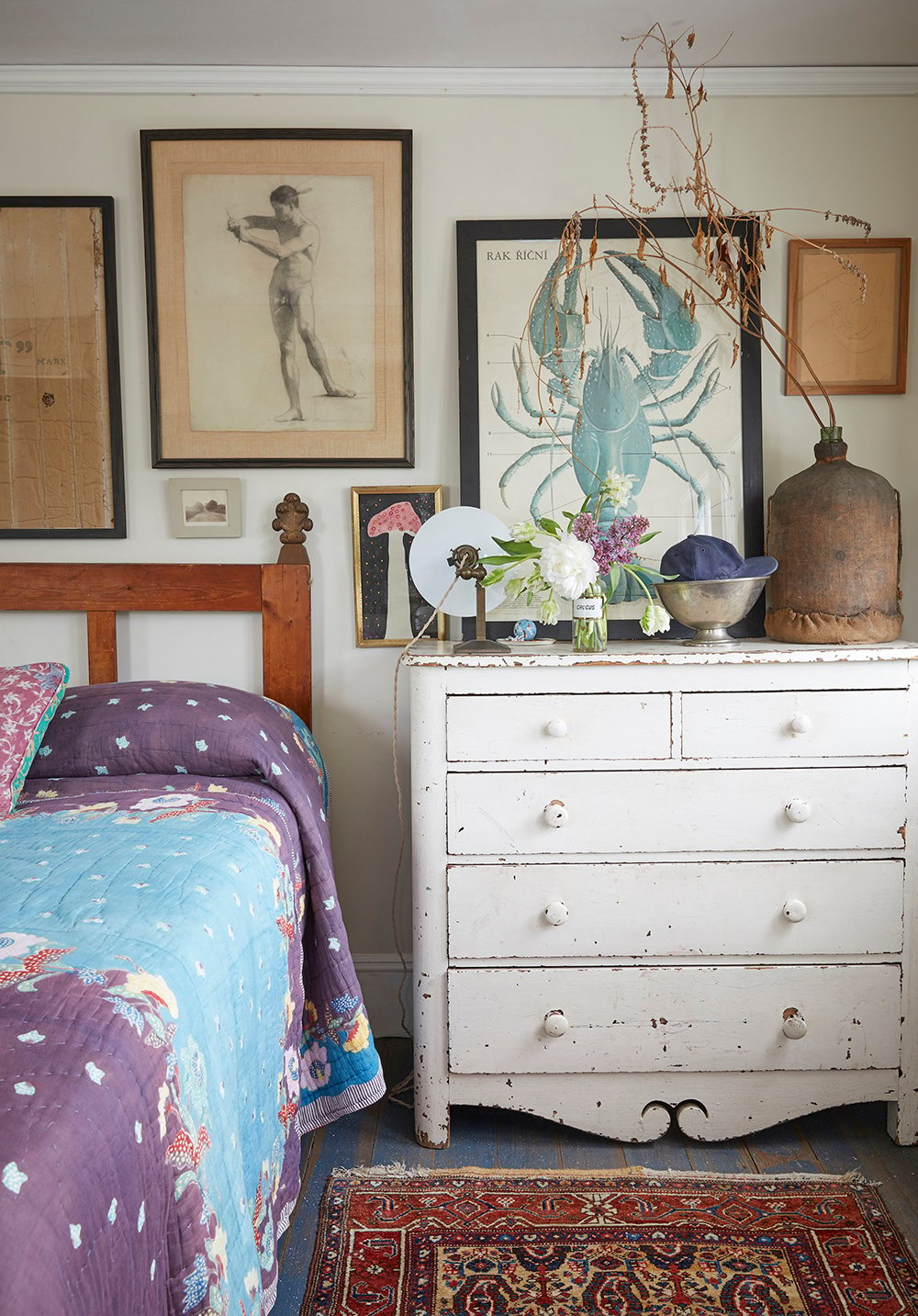 On early mornings: My room is in the back because it’s quiet. The funny thing is, Provincetown is so far out by the ocean, it’s super bright because the sky is open all around you. I don’t have curtains, so at 4:45 in the morning, the sun shines right on my face. 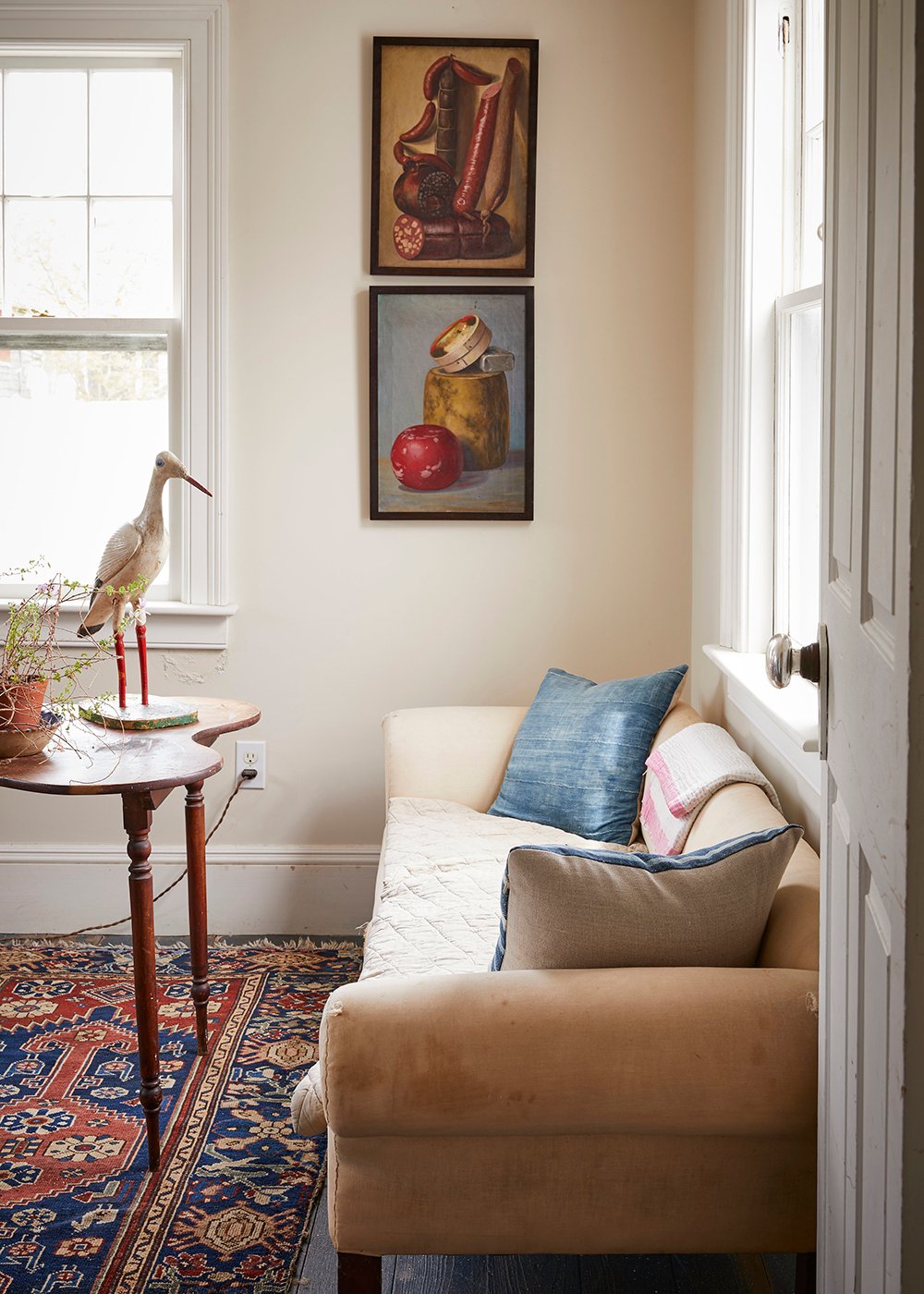 On getting spooked: The first six months, people would ask me if I got scared at night. When the house got renovated, some floors were ripped up, and there was a windstorm of spiritual activity. I kept telling the house, out loud, ‘It’s going to get better!’ But I don’t think there’s anything here I need to worry about.

On collections: Growing up, I collected coins, rocks, shells, things from nature. I still love them. Even nowadays, when I get home, I’ll empty my pockets and have things like feathers and nails. 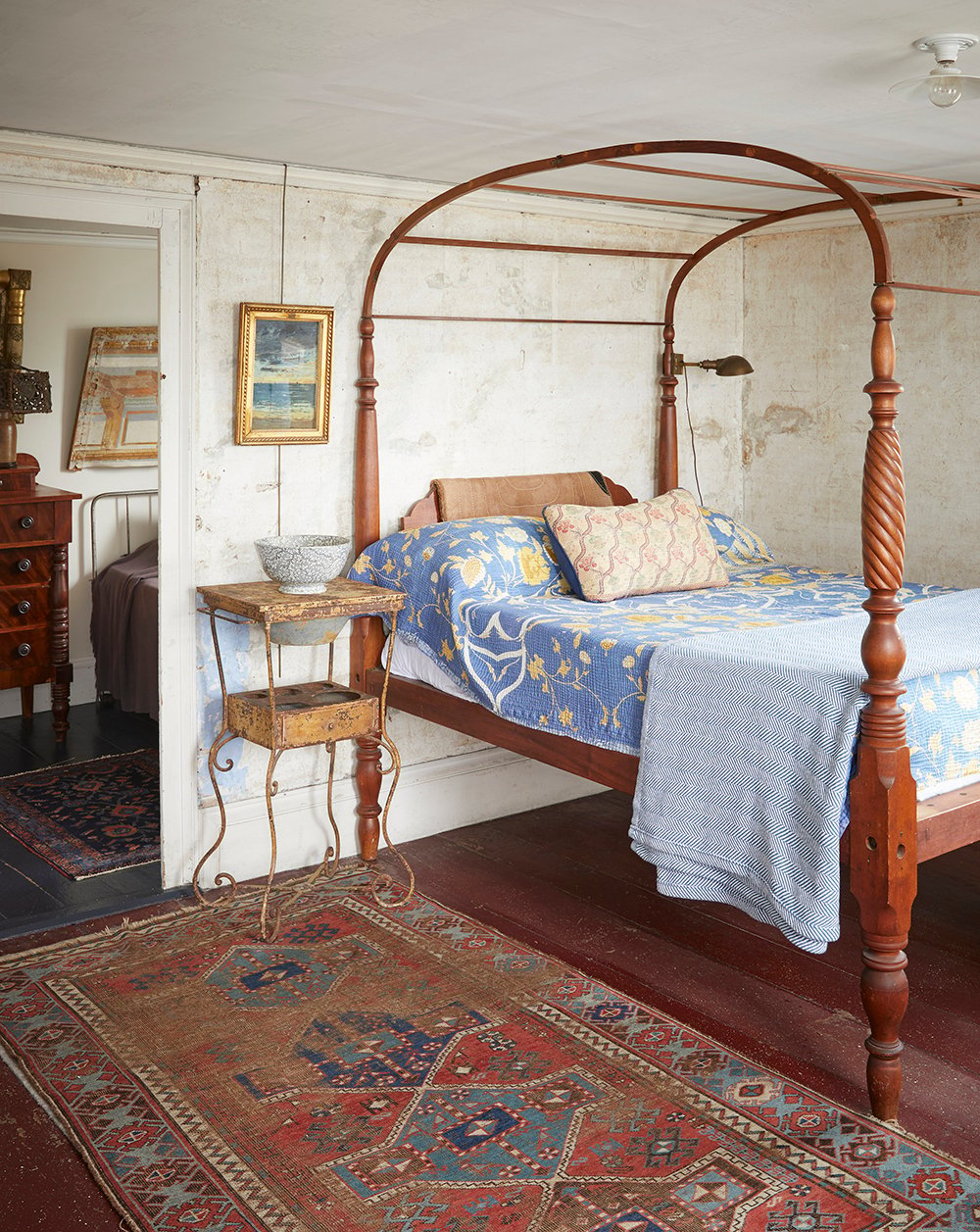 On guest beds: My approach to beds is pretty simple: I do a top and bottom sheet and a little blanket; and I like layering options for people. I have John Robshaw and Matteo bedding. Duvets just seem too hot in the summer. And does anyone really know how to put on a duvet cover? 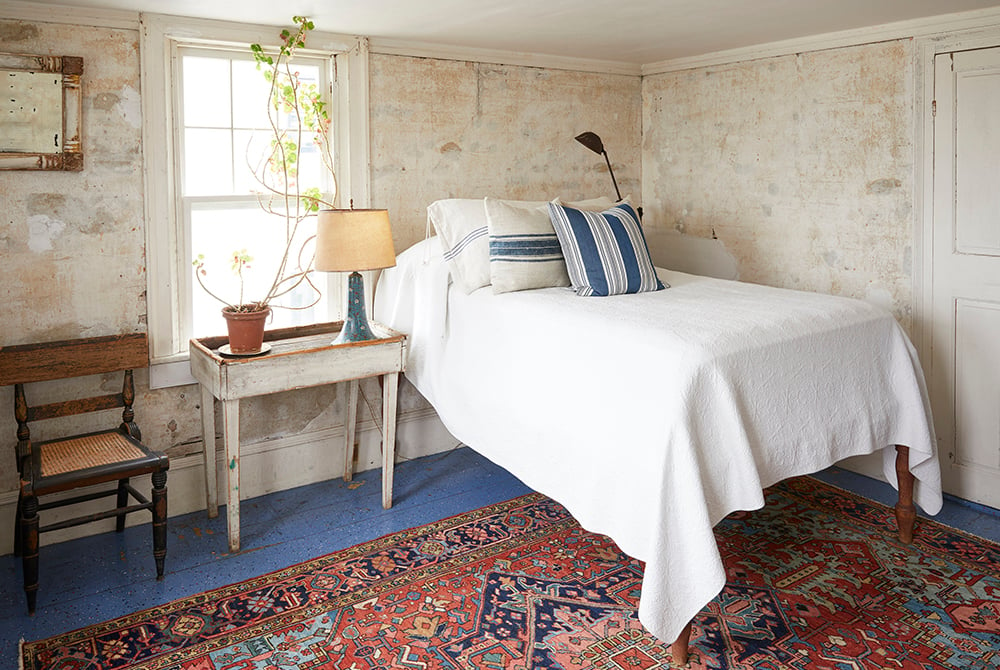 On a homey vibe: It’s nice when guest rooms have a dresser so people can put their clothes away. Even if I’m in a hotel for two days, I like to unpack and pretend I live there. Plus, a chair and table if possible, in case guests want to draw or write. 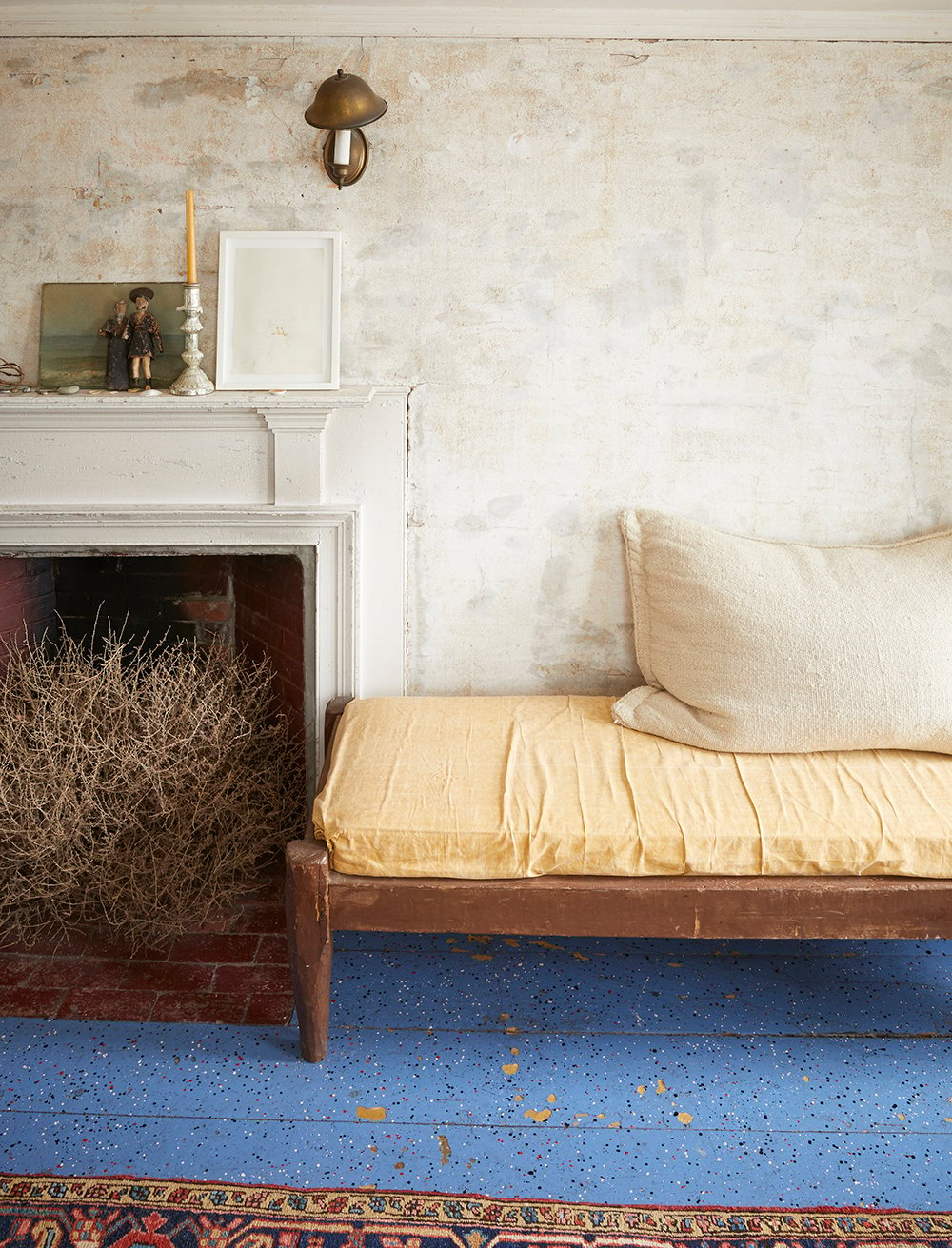 On gifts: We don’t use the fireplace in the summer, so my friend Susan gave me some tumbleweed to put in there. 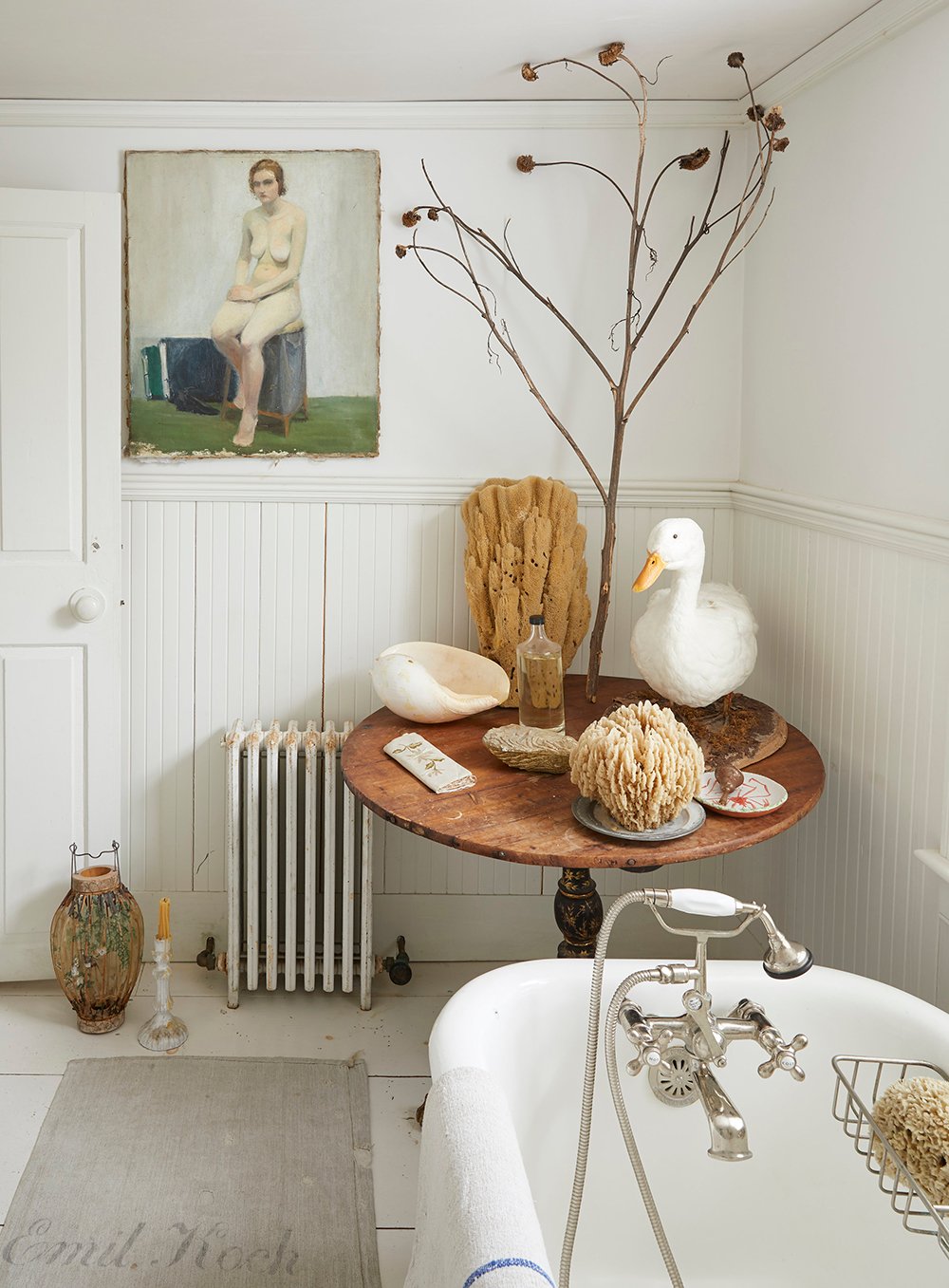 On bathroom decor: The nude that’s in here, it just sort of happened! I have two nudes in two bathrooms. I never really thought about it! But nudes in bathrooms make sense. 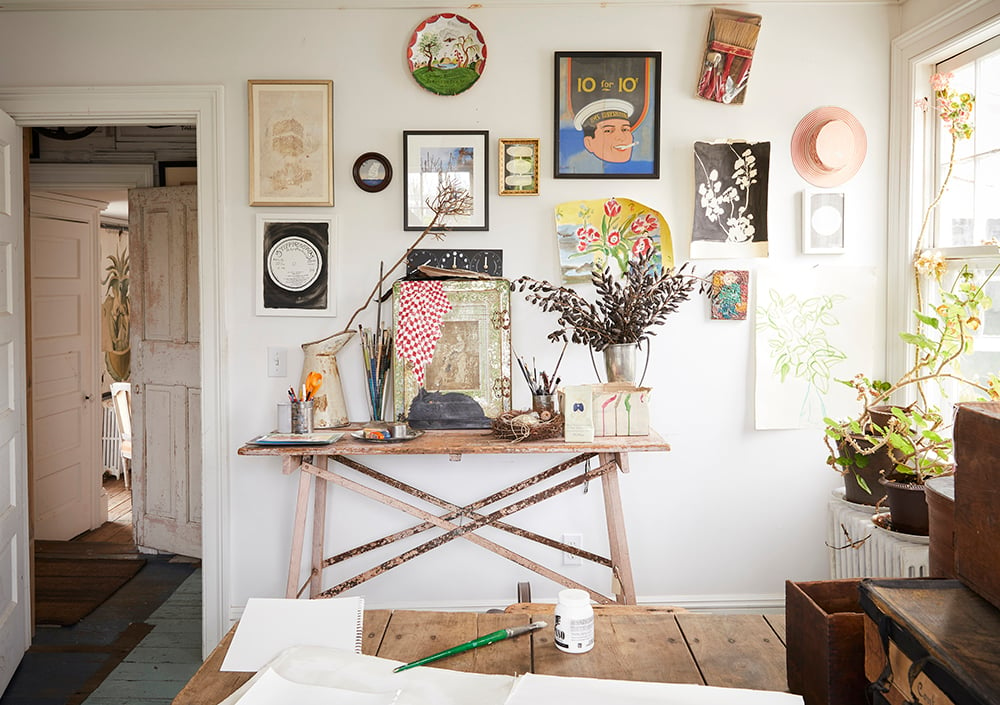 On trusting your gut: I once knew a man in Boston who hung up a woman’s shoe as if it were art. Anything that strikes your fancy can go on a wall. The idea of what art is, it’s so broad. What do you want to surround yourself with that you think is beautiful? 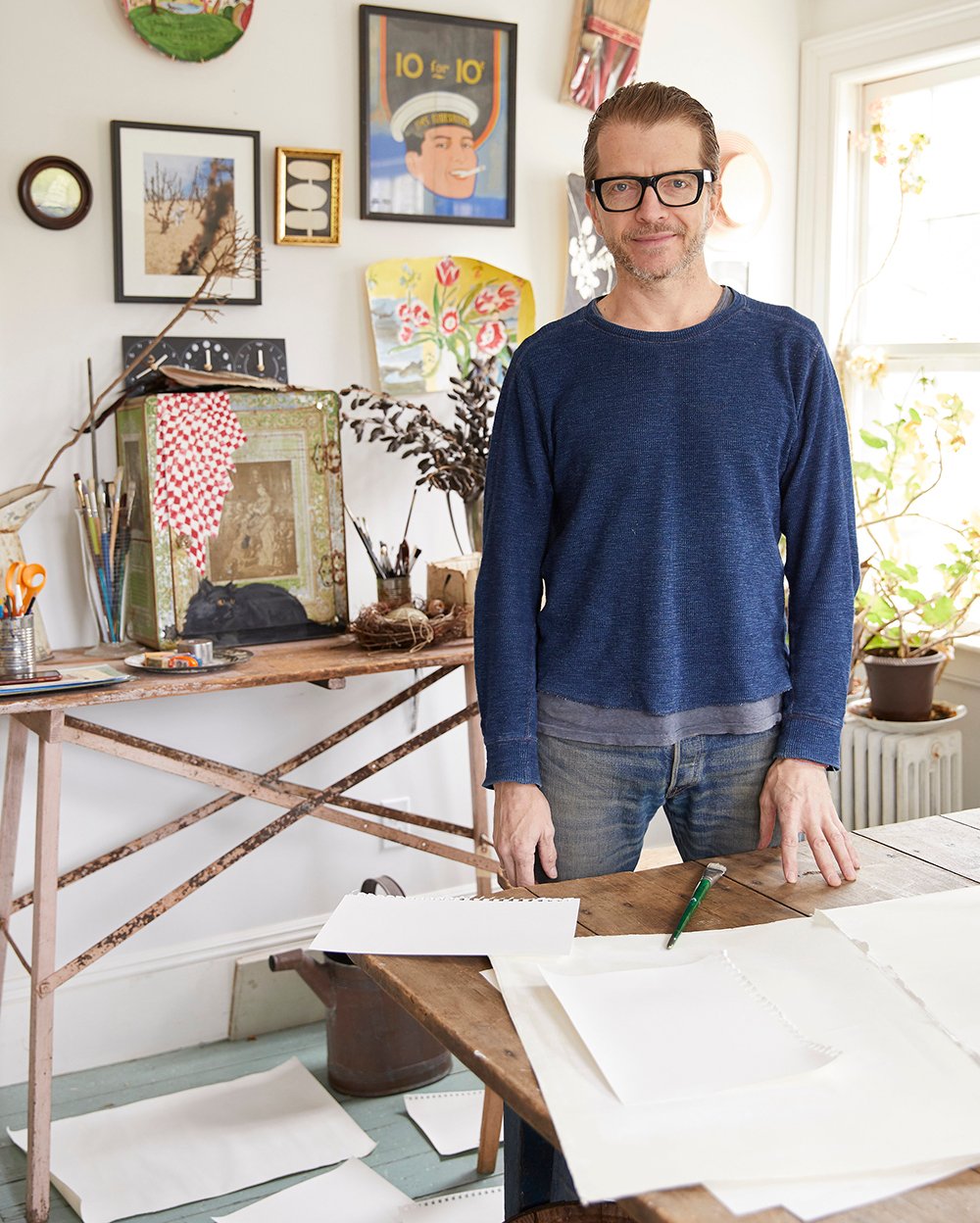 On Provincetown: On New Year’s Day, I run into the water. There’s a polar bear club, and I join in. In the summer, we sit on the stoop before dinner and have a cocktail and watch people. It’s great. Everyone comes here to get their groove on, straight or gay, you see all these people celebrating life. 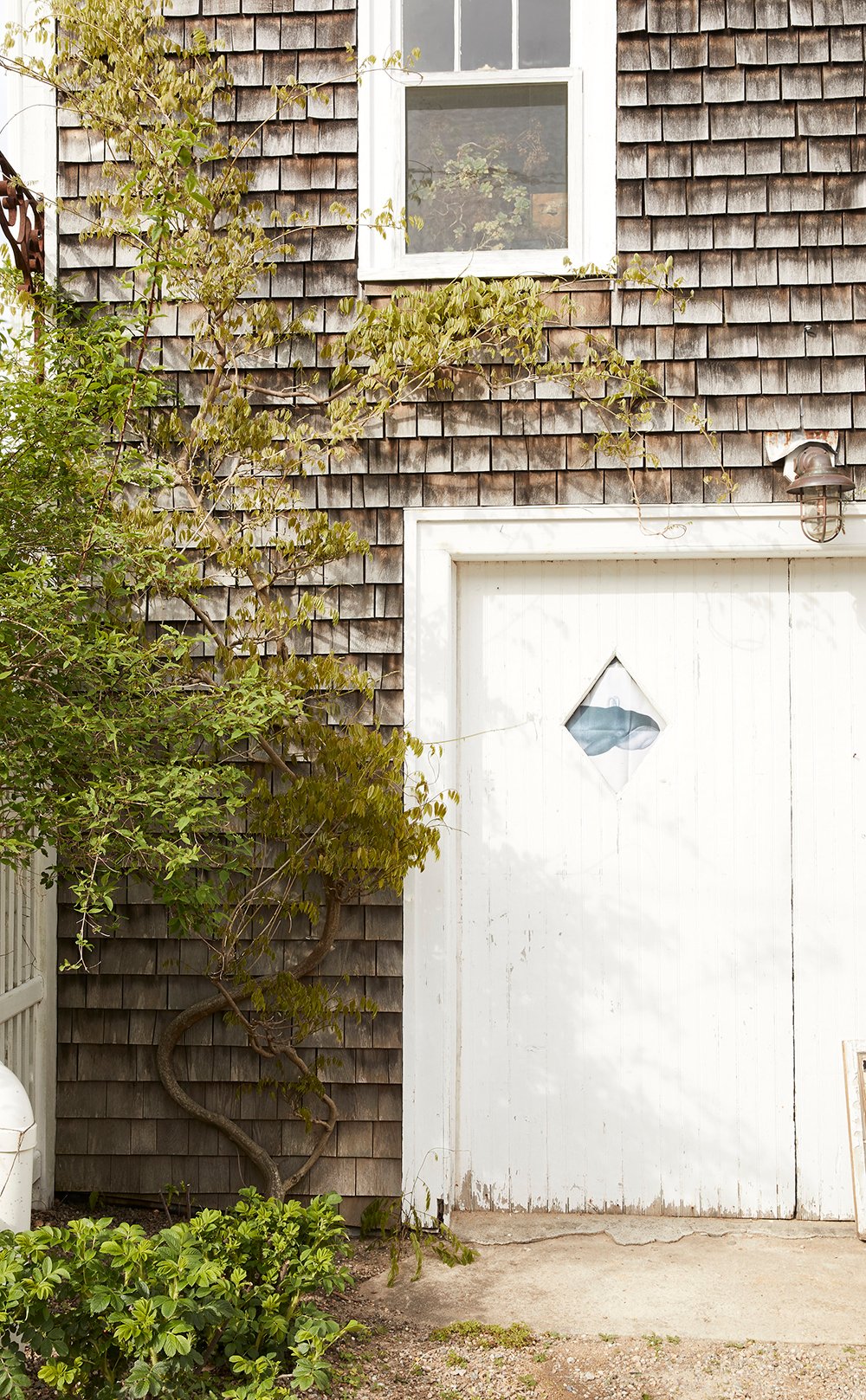 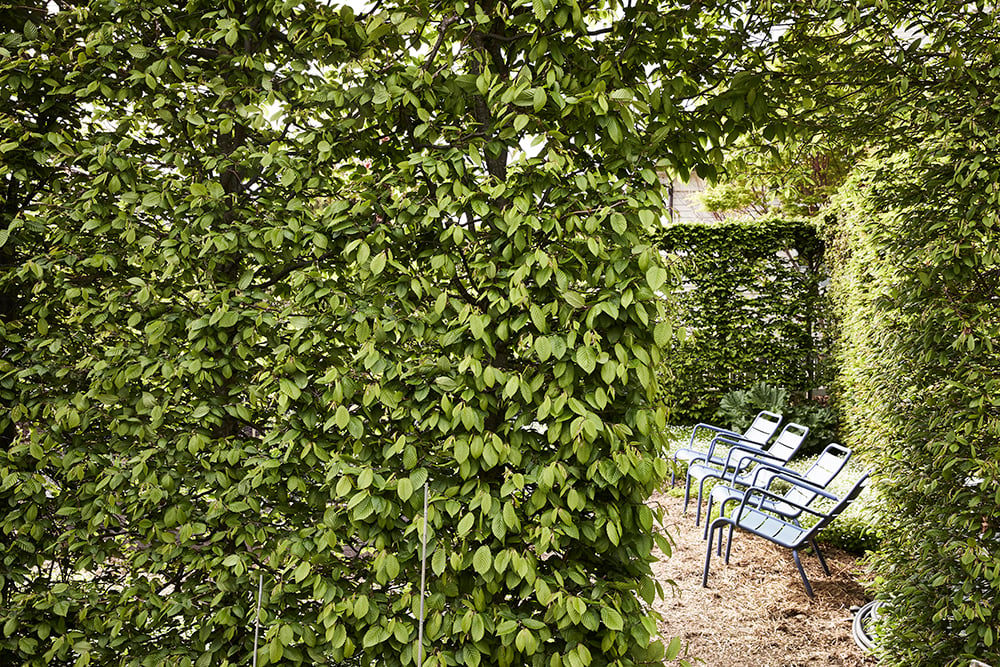 Thank you so much, John!

P.S. More house tours, including a book lover’s paradise in Copenhagen and a high rise apartment in NYC.

(Photos by Alpha Smoot for Cup of Jo. Styling by Kate Jordan.) 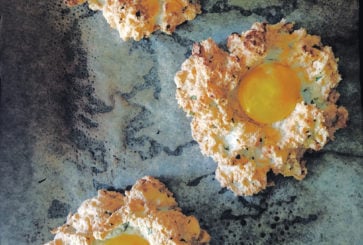 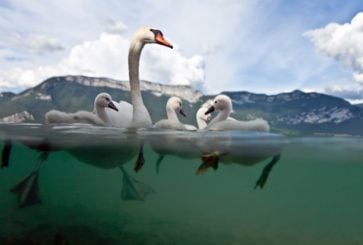 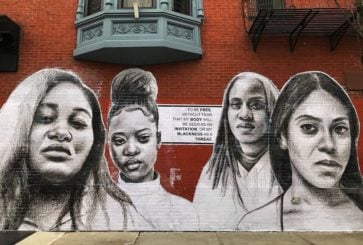 RELATIONSHIPS
How I Feel Right Now as a Black Woman 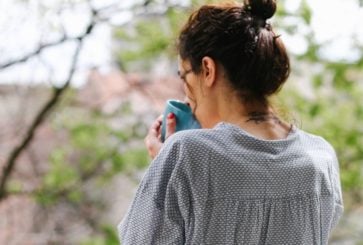