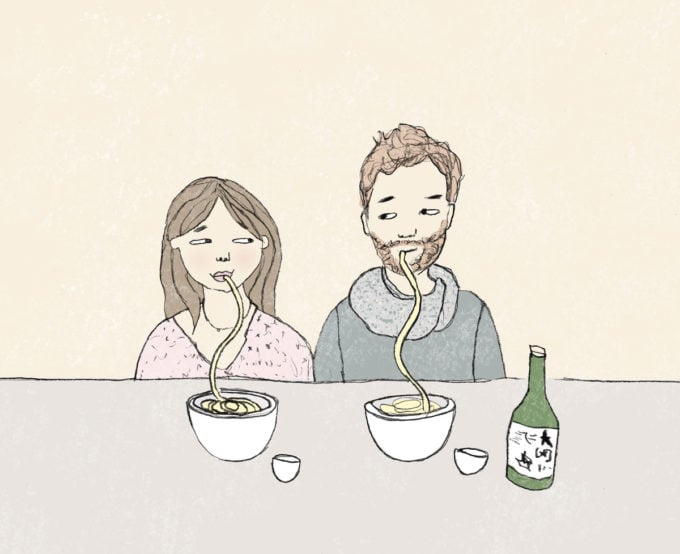 This spring, our series of personal essays is all about dating. Each contributing writer will share a true story, from texting to sex to breakups. Today, Emily Johnson talks about taking a six-year hiatus from dating and how she broke the ice…

When I moved to New York City for college, I had seen every episode of Sex and the City approximately 200 million times. I knew the show was fantasy, but a small part of me hoped that in New York I’d lead the kind of adventurous dating lives its characters did. Instead, I spent my first year pacing the fluorescent-lit halls of my dorm, making tearful, jealous phone calls to my high school boyfriend in California.

When that relationship ended, I realized I had behaved like a crazy person. I wasn’t confident — in my body, mostly — but also that I was interesting or smart, or someone worth dating. I didn’t like that I had made someone else responsible for buoying me up. It wasn’t fun for me to be insecure, and it was miserable for him. I vowed not to date again until I could be the kind of confident person someone could love without so much burden.

And so, in a flurry of books and movies and new friends and parties and promotions and lovely time spent with family and trips abroad, somehow six whole years passed and I’d never had a boyfriend, or even really tried to date.

Then, a funny thing happened. Cup of Jo asked me to contribute to this new dating series. I almost laughed out loud at the idea — asking me to write about dating would be like asking Carrie Bradshaw to write a regular column for Popular Mechanics. Still, I thought, I’ll do anything for work. And if I was going to write a story about dating, I would have to go on a date.

“It’s like How To Lose a Guy in 10 Days,” a coworker said in excitement. “This is totally going to be how you meet your husband.” Another colleague overheard and nodded. “I’d definitely watch a gritty reboot of Sex and the City with you as the star,” she said. Or Sexless and the Outer Boroughs, where an anxious girl has so much body insecurity she can hardly wear a bathing suit in front of friends.

I called in some friends to help construct my online dating profile, trusting them to serve as impartial judges. (I figured you don’t want a profile photo that’s too good and doesn’t look like you, but you also don’t want to choose a horrendous photo of yourself!) Over a round of drinks, they picked pictures that they assured me represented what I actually looked like. Then they took the reins and started swiping. This culminated in a physical tug of war in the middle of an East Village dive bar, the object of which was my phone. “You have horrible taste!” one of my friends yelled at the other, “She’d never go on a date with that guy!” After things got physical, I took my destiny back in my own hands, or rather, my own finger swipes.

Now I’ll tell you what you likely already know: It’s extremely easy to get a date as woman on a dating app. After six years of feeling hideous and insecure, in a matter of minutes I had as many potential suitors as Nick Viall on Episode 1 of this season’s Bachelor.

The only problem was facing one of them in person. After sending 20 or so “Describe yourself as a cocktail” or “What’s your favorite restaurant in New York?” cringe-worthy ice breakers out into the Bumble ether, I racked up the courage to ask one of them on a date. He’d been easy to talk to. He was cute, but not so cute he was intimidating. We scheduled a date for the following Saturday. I suggested early evening drinks to eliminate some of the pressure of a Saturday get-together and to test the waters before committing to dinner.

There was outfit deliberating. I considered going shopping, but procrastinated. Two friends, completely independently of one another, said, “Just don’t wear a vest.” (Okay, I wasn’t aware that I wore vests that often?) In the end, I wore black.

I walked to the date spot and called my mom on the way, shaky hands gripping the phone to my ear. Standing across the street, lingering on the sound of my mom’s voice uttering the last few words of a pep talk, I saw him arrive. He was wearing a faded jean jacket and looked nice — and much more relaxed than I felt.

And the truth is, after all of that, the date just… wasn’t a big deal. In a good way. I approached him at the bar. He bought the first round. The conversation flowed relatively freely. He was easy to be around. I laughed and he laughed. I bought a second round of drinks and the ease of being together continued. We talked about restaurants, our jobs, college basketball, our families, where we grew up and where we’d like to live. It was totally fine — an enjoyable, if unremarkable, way to spend the evening.

He asked if I wanted to get dinner. We walked next door to a Vietnamese restaurant and I made an embarrassing suggestion that we share a bowl of pho. “I don’t think we’re at the soup-sharing stage of our relationship,” he said. I laughed, but I had a flash of longing for my best friend — the comfort of eating with someone who shares all of my favorite foods, who always wants to split two dishes so we can try more things.

Even so, as we slurped our individual bowls of noodles, I enjoyed the company of a new person, someone whose favorite movie I didn’t yet know, whose preference for cake donuts versus yeast donuts was a mystery as vast as the universe. It wasn’t a soulmate, love-at-first-sight situation. I wasn’t Kate Hudson and I didn’t meet my future husband. I wouldn’t leave buzzing with excitement on the walk home, but I would leave proud that I had ripped the Band-Aid off and it was relatively painless. Dating, in the end, is an opportunity to have new conversations, see fresh perspectives, dine with someone with whom you wouldn’t yet share soup. At the end of the night, in front of the restaurant, we hugged and he suggested we get drinks later that week.

And, I think I will.

Emily Johnson is an editorial assistant at Lucky Peach, where she repeatedly microwaves cups of coffee that have gone cold on her desk. She lives in Brooklyn with her fish, Moby. You can follow her on Instagram, if you’d like.

PS. “My boyfriend weighs less than I do,” and how to know if your partner is The One. 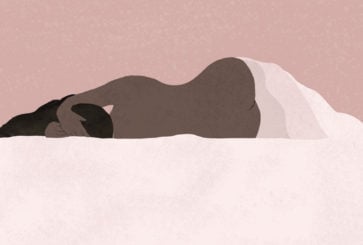 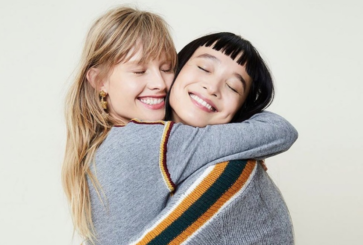 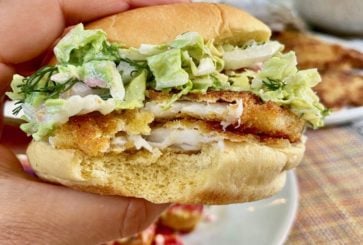 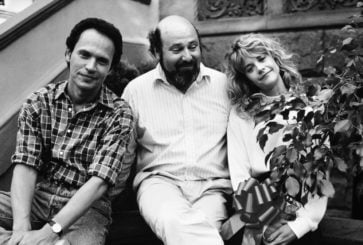 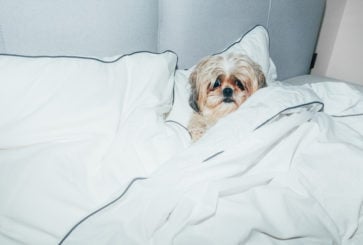 RELATIONSHIPS
What Are Your Tiny Anchors? 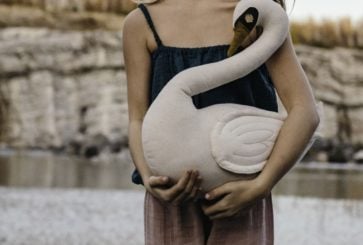