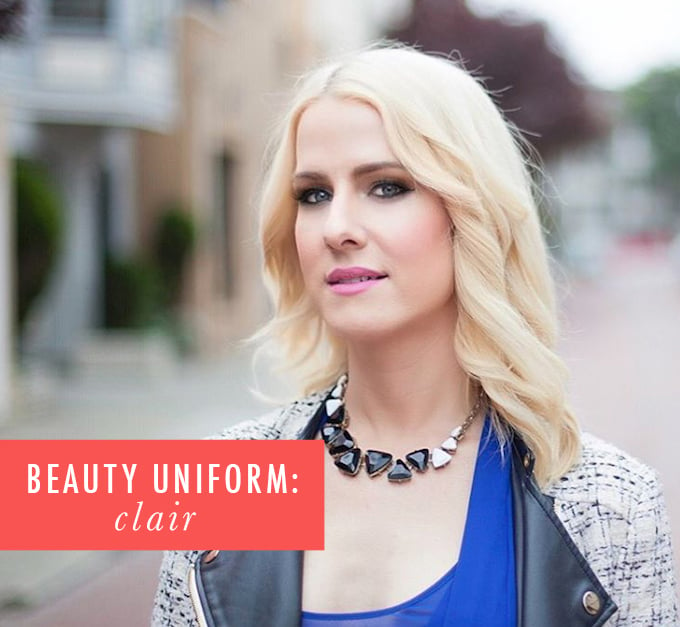 Clair Farley is a transgender advocate, actress and the director of economic development at the San Francisco LGBT Community Center. She loves beauty products — especially if they’re Chanel — but she won’t pass up a good drugstore buy. “My femininity isn’t tied to makeup, but with it, the world sees me the way that I see myself,” she says. Clair and her husband, Jim, who is also transgender, live in Oakland, California, with their cats, Bert and Ernie. Here, we chat about her work, the best nude lipstick and the role makeup has played in her life… 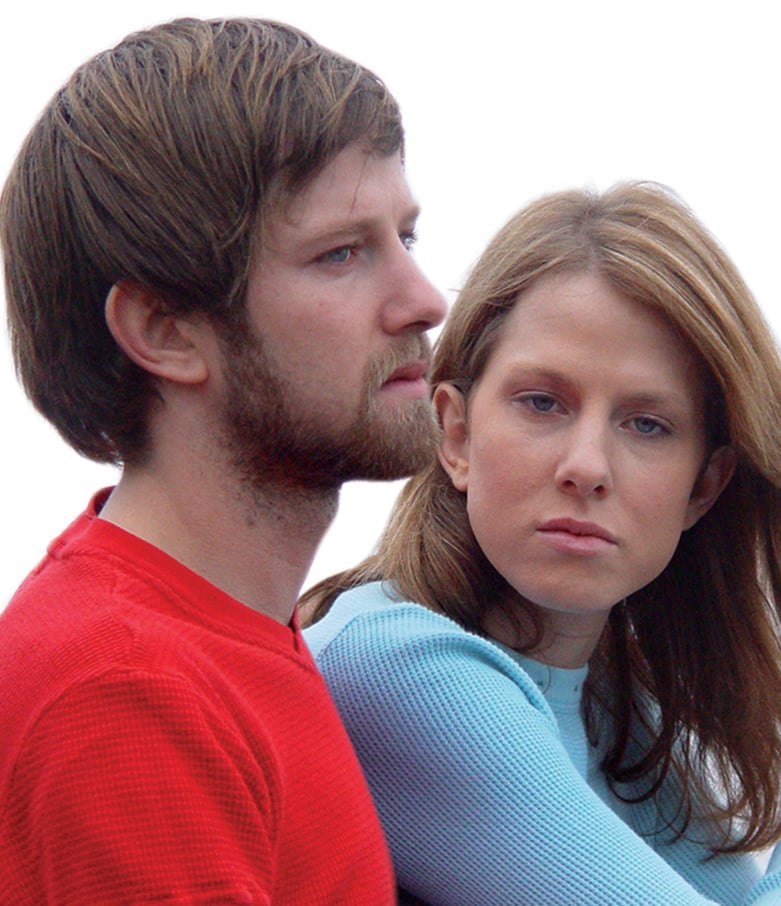 Clair (right) with her twin, Mark.

Where are you from originally?
I grew up in Montana with an identical twin, Mark, and an older brother. My twin and I both came out as gay when we were 13 — our older brother came out later. As kids, Mark and I were inseparable and always had each other for support, which was so important at that time.

Was there a moment growing up when you realized you were a woman?
My first boyfriend and I went to a queer prom — which was surprising that they even had in Montana. It was a costume party, so I went in drag, which was a first for me. I had this bad wig — it wasn’t the best look — and my date said I looked like his mother. I remember thinking, ‘I want to be prettier than your mother!’ 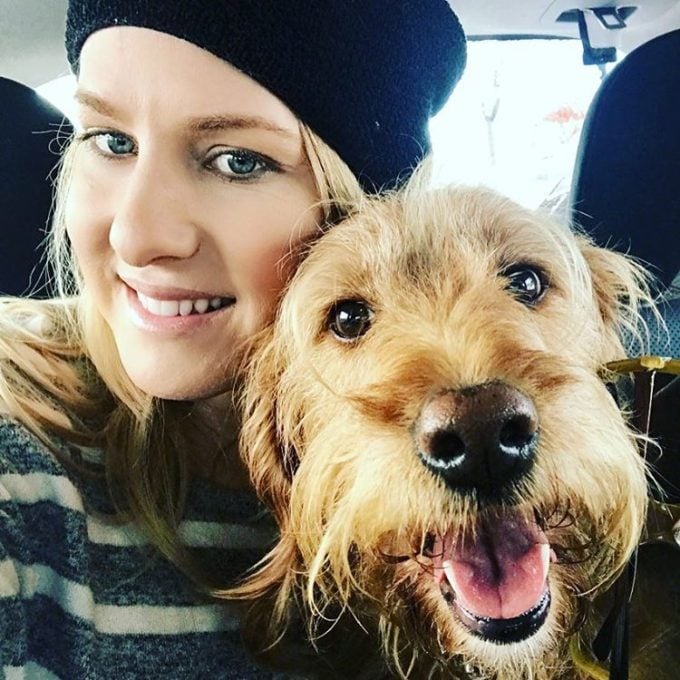 When did you start transitioning?
I came out as trans to my family during high school, but I didn’t start my transition until I graduated. My mom was not comfortable with my living as ‘Clair’ in Montana. It was before there was much transgender visibility in the media, and she thought we would be judged. So I moved to New York in hopes of finding a more accepting community. There, I started living full-time as Clair. It took a while to feel comfortable in my own skin, but as I met other trans folks, it got much easier.

Was your family supportive?
My dad was super supportive, but it took my mom longer to come around. She’d gotten used to my being gay, and it took time for her to readjust. Many parents with trans kids go through this. You have all these memories of someone, but in my advocacy work I try to remind families that you’re not losing anyone. The person you love is still the same, they just haven’t been able to fully represent themselves in the way they want to the world. 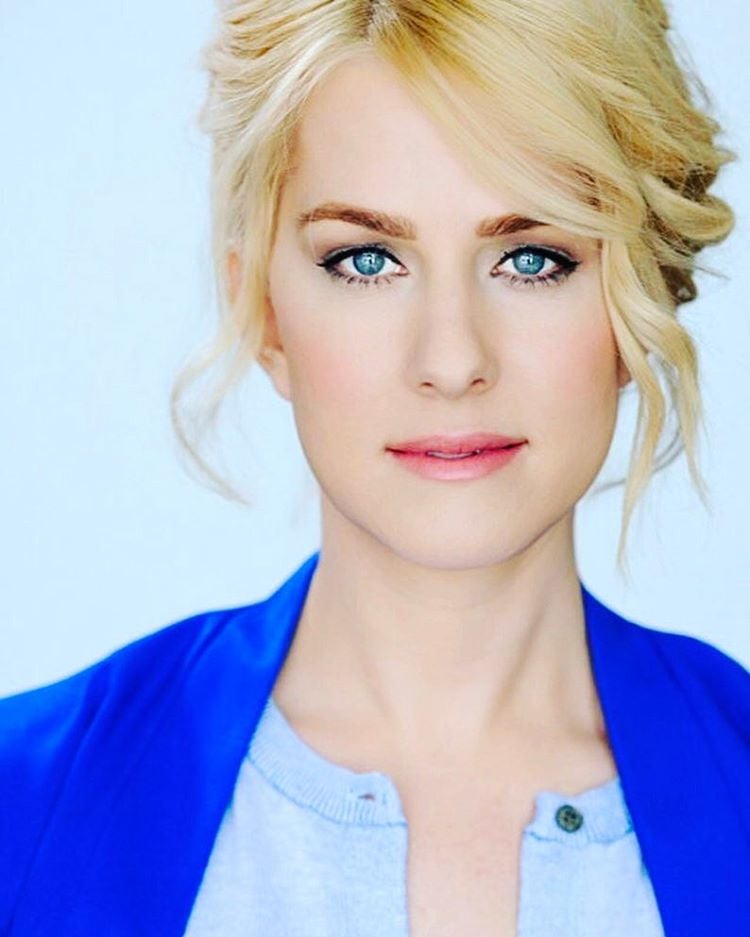 How did you learn about makeup?
When I first moved to New York, I learned everything I could from Old Hollywood movies. I was also inspired by women kicking ass on TV, like Peta Wilson in La Femme Nikita and Jennifer Garner in Alias. At that time, makeup felt like life or death — getting the right look and passing was important for my survival. Even with an Ivy League education, I had trouble finding a job in retail or at a restaurant. I’d get interviews but was never hired because I didn’t look like the expectation of a woman.

Do you wear makeup every day now?
Yes. Women are beautiful with and without it, of course — but for me, makeup helps me express the real me. Five years ago, my totally gorgeous glamazon friend, Sabrina, took me to the Chanel counter to get a facial. I’ve been hooked ever since. Their products are worth the splurge. My favorite base is the Chanel Hydra Beauty Flash, which creates a soft-focus effect and evens out my skin. When my skin is dry, I also use Chanel CC cream with SPF. For foundation, I use Vitalumière Aqua, which gives a natural dewy look. I love Tarte’s Amazonian Clay Waterproof Bronzer; and for the perfect highlight, I turn to Les Beiges Healthy Glow powder.

What about eyes and lips?
For my lips, I prefer a simple nude — like Boy — that I can reapply throughout the day. All of the Coco glosses and Ink tints are great, too. For eyes, I like the neutral tones in the Matte Eyeshadow Palette by Tarte. And I never skip my brows; I use Benefit’s Gimme Brow fiber gel and Chanel brow pencil in blonde. 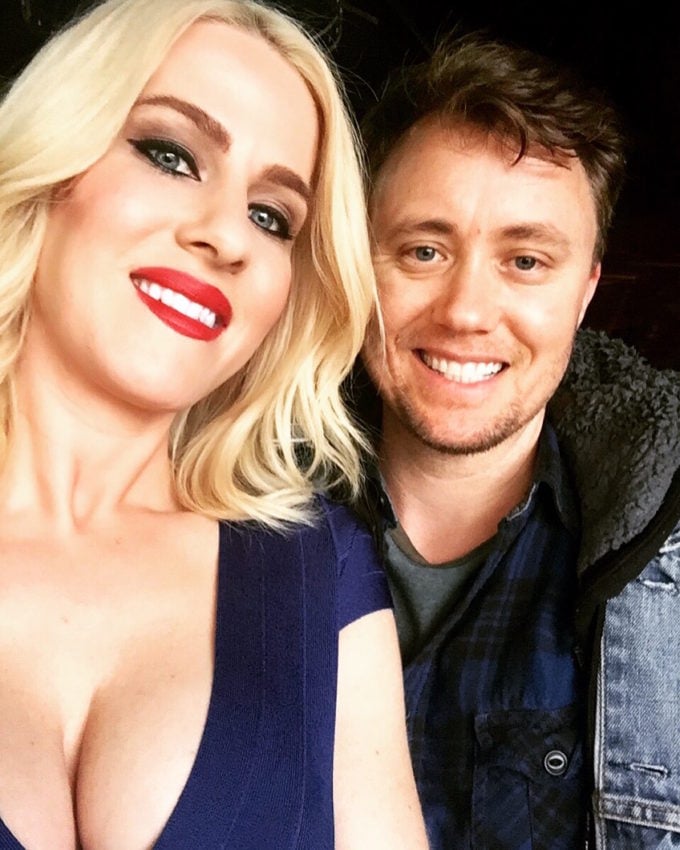 How do you amp it up for special occasions?
I love changing up my look for a night out. I play up my eyes with liquid liner, as well as fake lashes. I think they’re fearless! I also love a red lip; my favorite is the cult-favorite Ruby Woo.

Do you have any beloved drugstore finds?
I can get trouble at the drugstore — I’ll walk in for one thing and leave hiding the receipt! I use cucumber facial wipes to remove my makeup at night. Also, Maybelline’s Baby Lips creates the softest lips and has SPF. 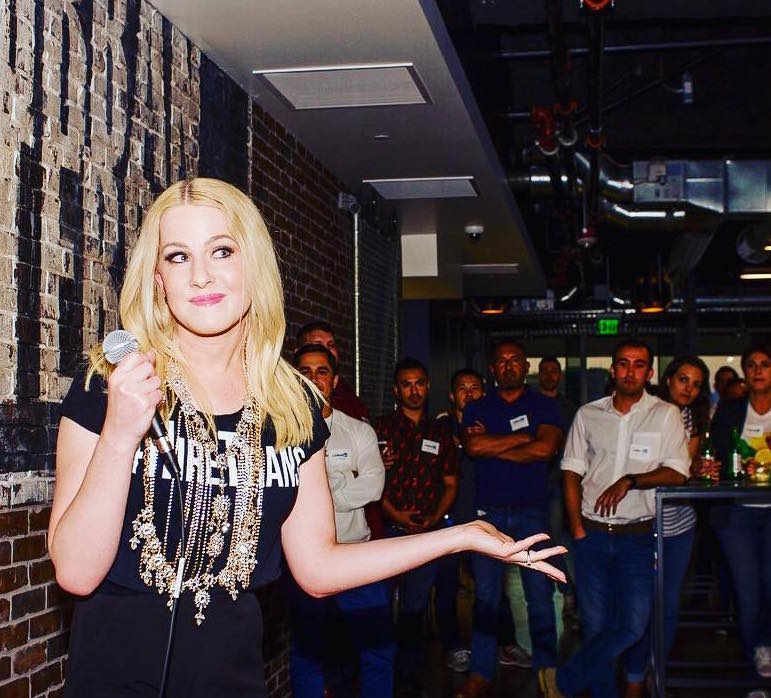 When did you start working on behalf of LGBT rights?
In college, I got involved in human rights activities on campus. I was inspired by all the stories of women who had stood up against oppression, and I learned about the amazing trans women of color who marched in Stonewall and the Compton Cafeteria Riots. Now I run the day-to-day programming at the San Francisco LGBT Community Center. We work with the low-income LGBT community by helping people build confidence, find housing, get back to work or start their own businesses. I also travel around the world to advocate for increased trans media visibility. I’ve gotten so much joy working directly with people on the ground.

Does being transgender affect your beauty routine?
One thing that always got me down was shaving my face — especially after spending thousands of dollars on laser and electrolysis. Then one day, I read an article about a cisgender girl that had to shave her face. I did some more research and found that lots of women shave their faces, and in fact it’s a great exfoliant. I still don’t love shaving, but I’ve come terms with it — plus, I get to save money by not buying a face scrub. 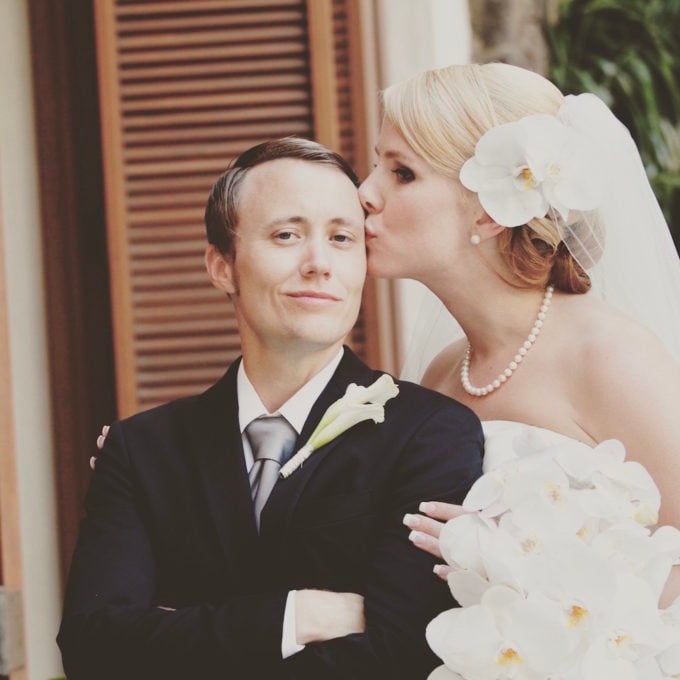 How did you and your husband first meet?
We were both at a conference on a panel about being trans in the media. I asked him if he’d ever found true love. He said he was always looking for it. We had chemistry right away. That night, I was stalking his YouTube channel and saw that he had posted this video saying, ‘I think I met somebody, I really like her.’ I freaked out and was like, ‘Oh my god, is he talking about me?’ A couple days later he called me at work and invited me to come down to Los Angeles. For some reason, I trusted the universe and took a flight down to L.A. to meet a complete stranger. We’ve now been together for nine years, married for seven. 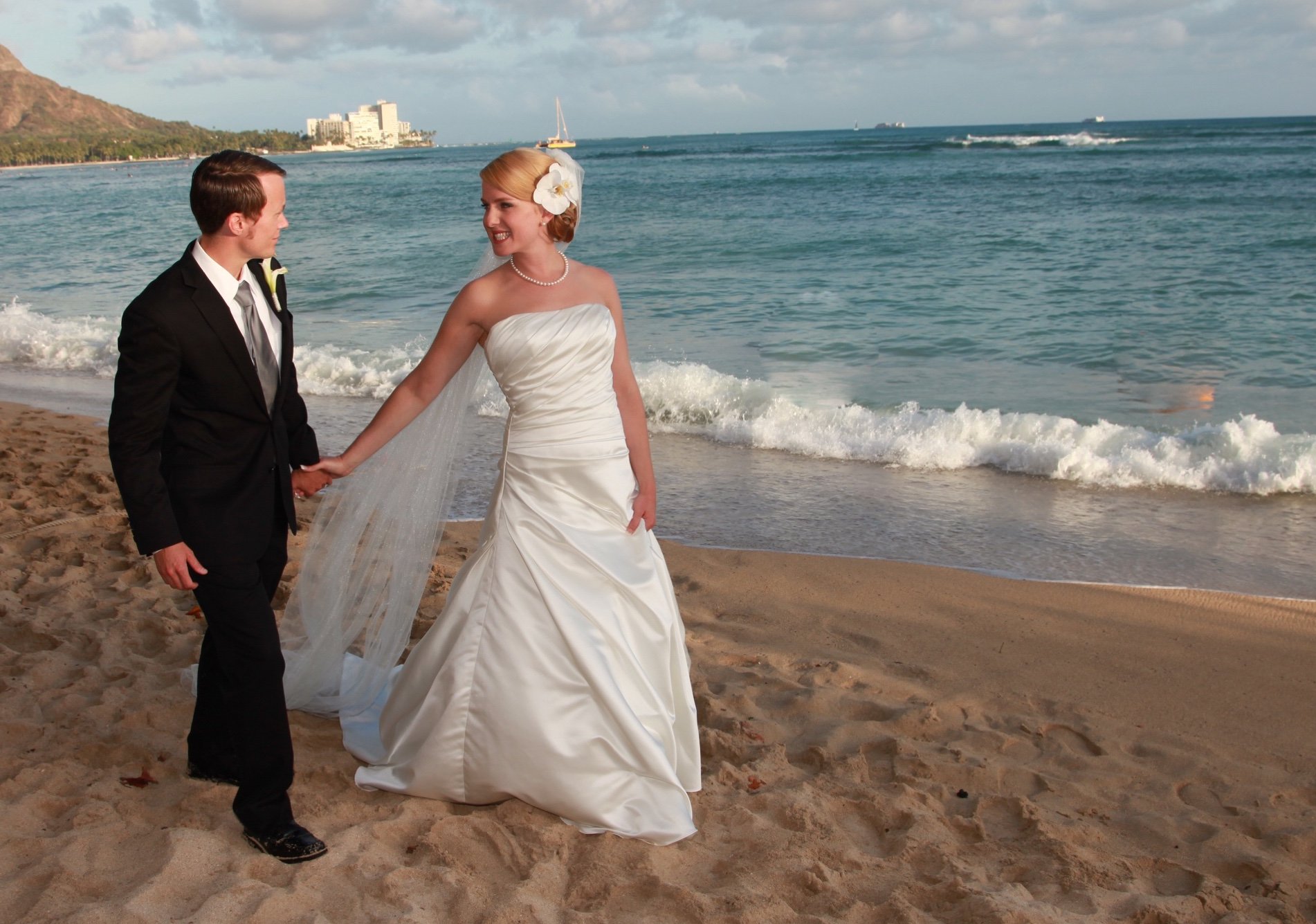 Was it important for you that your partner was also transgender?
No, I actually had never dated a trans person before Jim. Many of the guys that I fell for would say, ‘I’m not gay.’ They didn’t understand that I was a woman. When I found Jim, it was refreshing not to have to explain or define myself into some construction. He fell in love with me as a person, outside of my gender identity. Our story shows that relationship love is really so much more than anatomy — it should be more. I hope that more cisgender guys [cisgender refers to someone whose gender identity corresponds with their sex assigned at birth] can step up, share their openness for loving trans women, and get past some of the stigma about bodies. 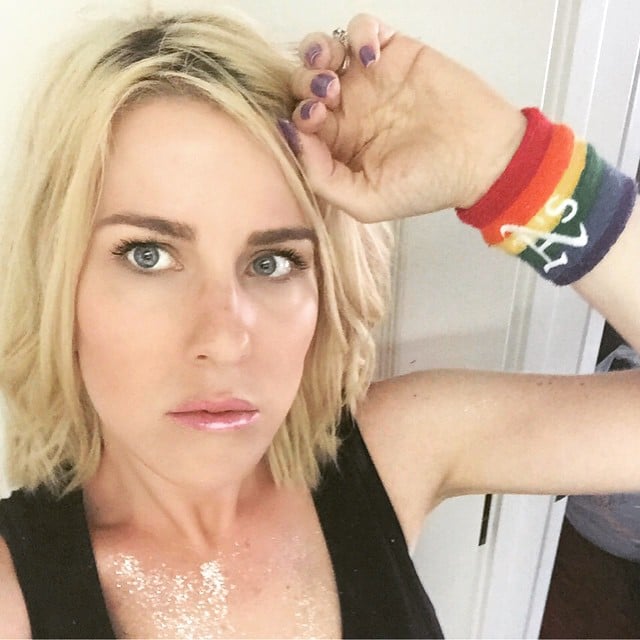 Do you have a signature scent?
I love anything thing that’s soft and fresh with hints of jasmine and grapefruit. One of my first anniversary gifts from Jim was the fragrance Chance. Now, he surprises me with a new perfume every year, just like his dad does for his mom on their anniversary!

Do you have any other non-beauty rituals that make you feel great?
I love being in nature — taking hikes through forests or by the ocean. Our favorite spot is Redwood Regional Park. The trees are breathtaking and bring me back to life. 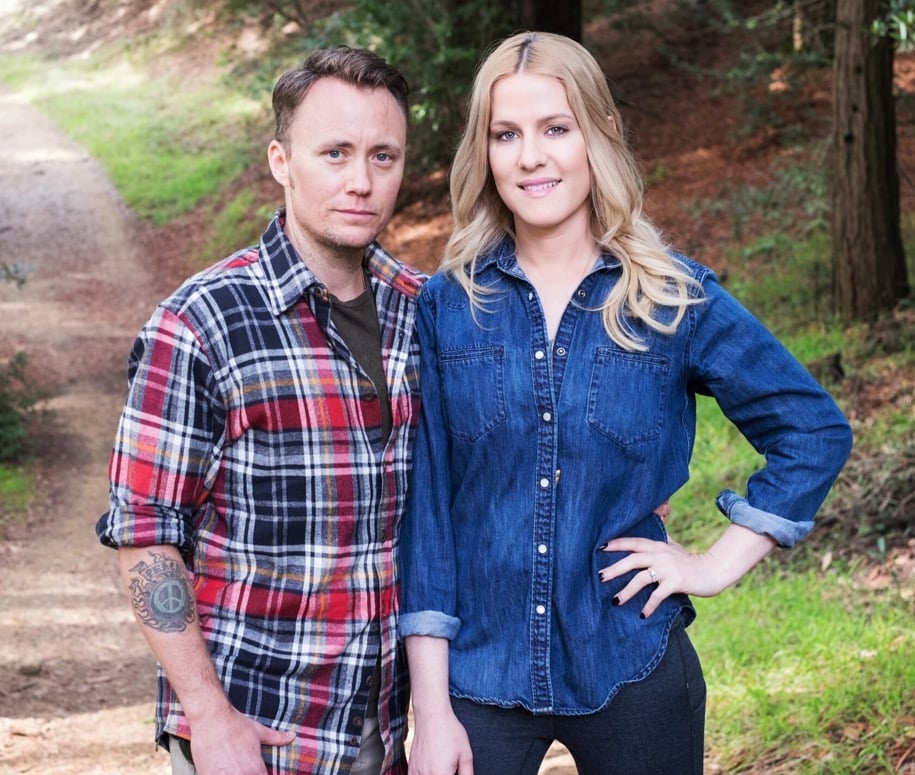 What role has beauty played in your overall journey?
As a queer kid growing up in Montana, I never felt beautiful. I know how it feels to feel ugly and not good enough, so I’ve been inspired to work to help other people feel beautiful, live their truth and go after their goals. In doing this work, I have in turn realized that I am also beautiful and that being different is okay. The only way forward is equality for all.

Thank you so much, Clair! If you’d like, see Clair in the documentaries Red Without Blue and American Transgender.

P.S. More women share their beauty uniforms, including a head-wrap designer and novelist. 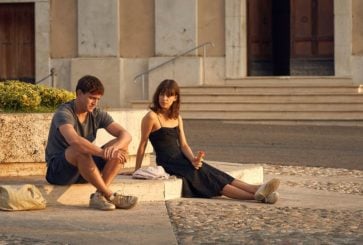 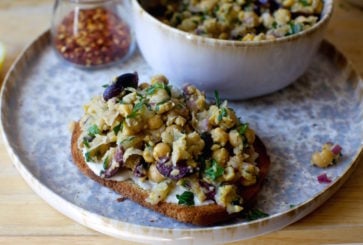 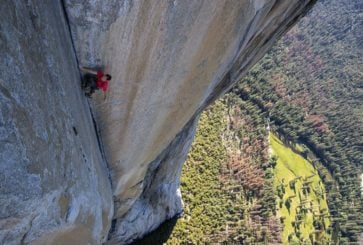 DESIGN
The Movie I Can’t Stop Thinking About 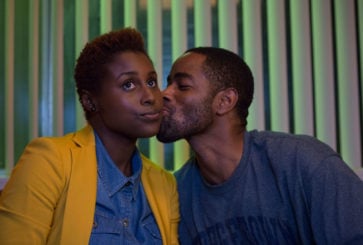