Are You Going to the Women’s March? 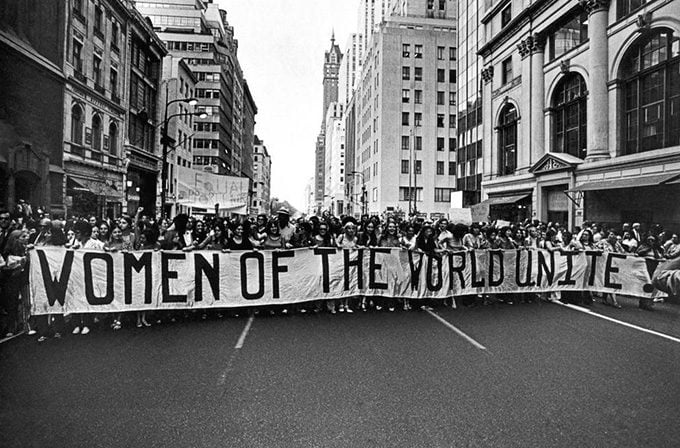 A ton of anticipation is building for the Women’s March on Washington on January 21st. Many of our friends and relatives (like Joanna’s awesome mom) are already making plans to go. Are you? If you’re thinking about it or wondering how you can participate without traveling to D.C., we spoke to Breanne Butler, one of the march’s national co-organizers, and found out eight things you might want to know.

The basics. The march begins at Independence Avenue and Third Street SW in Washington, D.C., beginning at 10:00 on Saturday morning, January 21st. The Women’s March on Washington is meant as a show of solidarity for women’s rights and overall human rights. You can officially R.S.V.P. here – more than 500,000 people already have.

The march matters. A huge gathering in the capital will get lots of public attention. If history is any guide, the march could have real impact on issues and help inspire the next generation of Gloria Steinems and Angela Davises. “Thousands of regular Americans have transformed into leaders since the election,” Breanne says. “I’m a chef and I’ve never gotten closer to politics than kitchen politics in my life! But somebody out there is going to see the march and say, ‘I can get involved, too.’ It could be a little girl and it could be the start of her revelation. We have the power to create new and future leaders.”

It’s a march for everyone, not only women. The organizers emphasize that their agenda includes supporting equality for all, including immigrants, religious groups, those who identify as LGBTQIA, people with disabilities and anyone whose rights might be threatened — not just women’s issues. “If you believe in the future of all Americans, then join the march,” says Breanne. “It’s not enough to share a Facebook status message about the change you want to see. This is the people’s first big call to action for the new presidential administration. Come and be a part of history.”

It’s not about the new president. The march is scheduled, symbolically, for the day after the inauguration, but it was fueled long before the election. Breanne says it’s limiting to think of it as a reaction to Donald Trump. “If you’ve ever broken up with someone, you know you’re thinking about it for a long time first. And then they do something and you’re like, ‘Sorry, I’m done.’ It took the election to galvanize this march, for women to stand up and say they’ve had enough of misogyny and inequality. This is much bigger than the election, though. We’re fighting for human rights.”

Your state coordinator can help you get there. Most states have a local Women’s March chapter, and organizers can help answer questions and coordinate travel to D.C. in group buses or car caravans. (Update: buses are now sold out.) They can also point you to lodging, including schools, churches, community centers and local homes. (Airbnbs are still available, too, and here are more lodging ideas.) To find your chapter, google Women’s March and your state, or search on Facebook. Also, MarchMatch can help organize carpools or bus ticket sponsorships.

Safety is a top priority. Many people, understandably, are concerned that the crowd will be rowdy and they’ll feel unsafe, especially if kids are in tow. But Breanne insists that it will be a peaceful march. “It’s not a protest, it’s more of a meeting. We want to start a conversation that becomes an ongoing dialogue over the next four years.” She says the co-organizers have been working closely with security throughout the planning of the event. “It’s normal to have some fear, but we’re ready. I would be sad to hear that that stopped anyone from coming.”

Don’t sweat the (packing) details. It will be cold and busy in Washington, but most of what it takes to prepare for the march is common sense. Dress in layers and comfortable shoes, and bring water and snacks. The museums and public institutions around the Mall will be open if you need to warm up. You don’t need to make a special sign or banner, but if you’d like to carry one, go for it. Breanne says the march has the grassroots, inclusive feel of 1960s and 70s movements. “The other day I was looking at the leaflet created for the 1963 March on Washington, the biggest rally in American history. It’s amazing how straightforward it was. They said to bring two sandwiches, but not ones with mayonnaise in case they spoiled. I would give most of the same simple advice today.”

If you can’t go, you can still participate. Hundreds of “sister” marches and events will be happening all over the country and the world. You can search them here by zip code. Organizers are also hoping to raise $2 million to pay for the march, and you can donate here or buy merchandise here to lend financial support. A few other ideas: give a pair of warm gloves to a friend who’s going, loan your car for the drive to D.C., sponsor someone’s bus ticket, or consider opening your D.C. area home to a march participant. 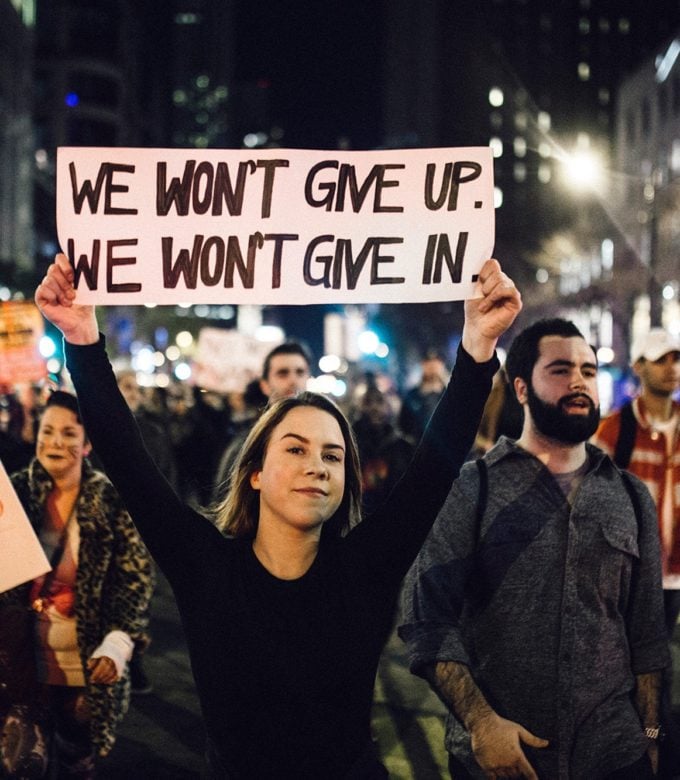 Will you be going? Have you ever marched before? Any other tips you’d give?

P.S. On being a feminist and five ways to get involved.