Where Would (or Did) You Go on Your Honeymoon? 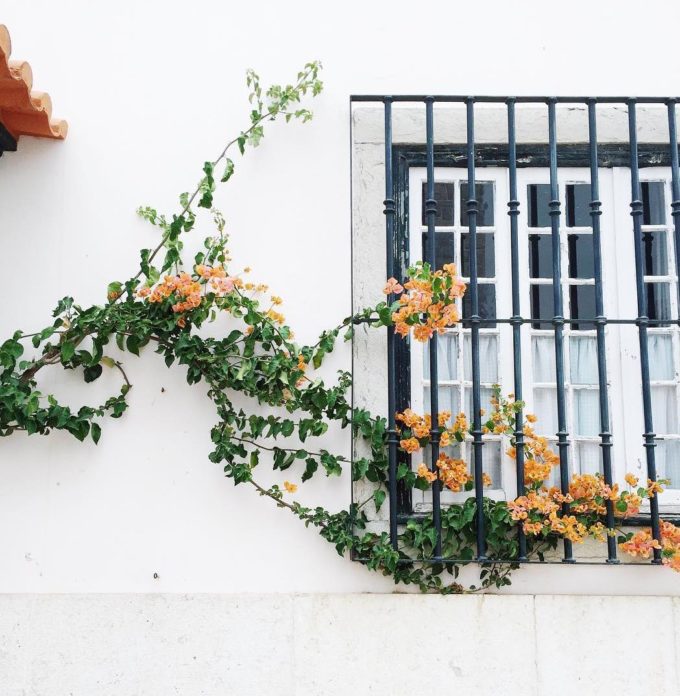 After all the ups and downs of wedding planning, and giddy excitement of the big day, the honeymoon is finally a chance to straight chill. Alex and I went to Italy and Greece, and I still daydream about it, seven years later. Here, eight cool couples reveal the destinations they loved… 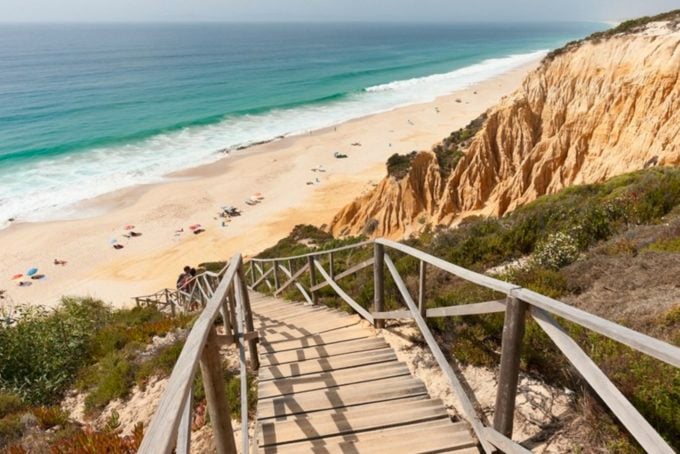 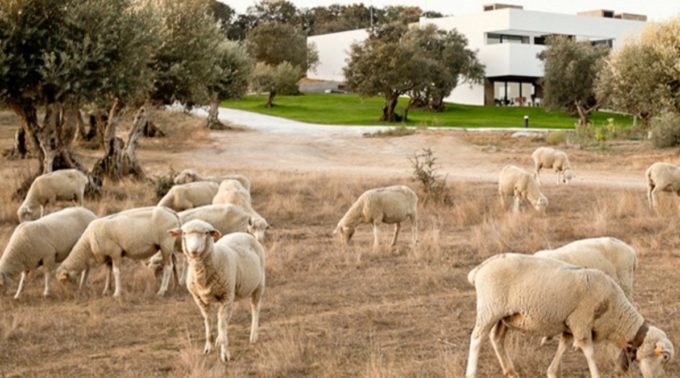 “PORTUGAL has history, design, beaches and vineyards — and it’s pretty dang affordable, too. We rented a car so we could spend time outside of the bigger cities. For example, Comporta is a beach town amid rice fields. Stay at this freaking adorable house (with a hammock, obviously), and eat the ultra-fresh grilled fish and fava bean salad at the beachside restaurant Sal. And Arraiolos is a teeny town in the up-and-coming wine region Alentejo — super pretty with all its cork and olive trees. We stayed at Villa Extramuros, a design-oriented B&B with a sick pool and sheep grazing on the property.” — Erica Cerulo 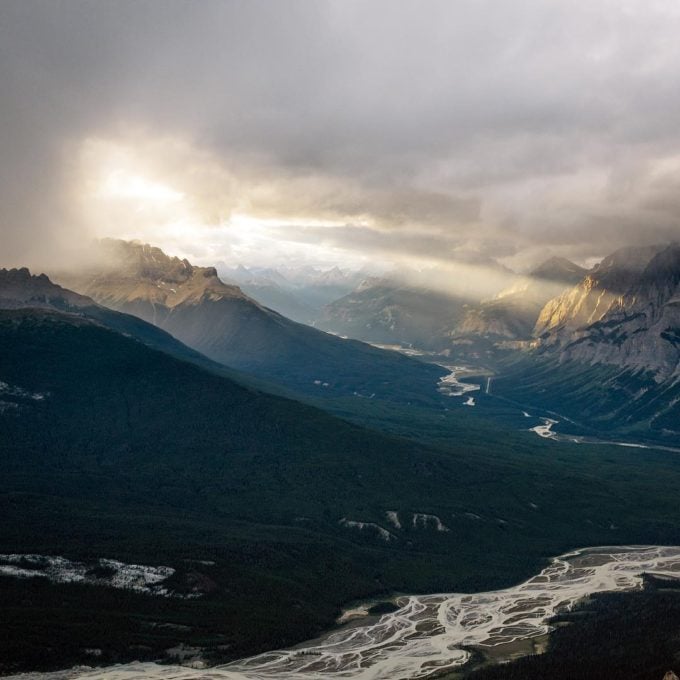 “We took a winter honeymoon to Canada’s BANFF National Park. We went on snowy hikes and even saw a moose from a few yards away! We swam at night in the outdoor hot springs during a blizzard. We wandered around the charming town. We skied at Lake Louise — those Canadian ski runs are unbelievably long and meandering. Since we were on a budget, we ended up hotel/motel-hopping around the area. It was really fun.” — Abby Clawson Low 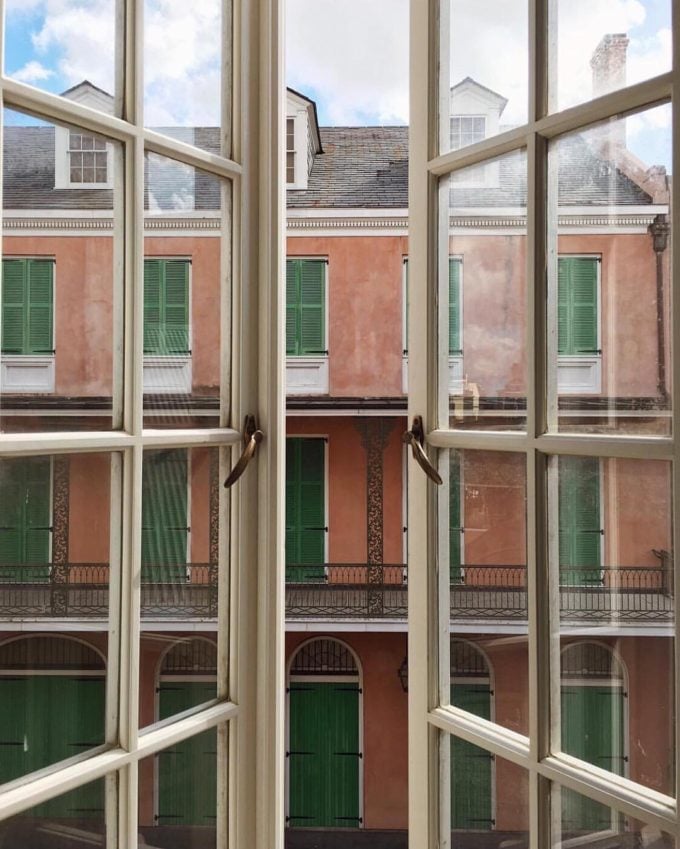 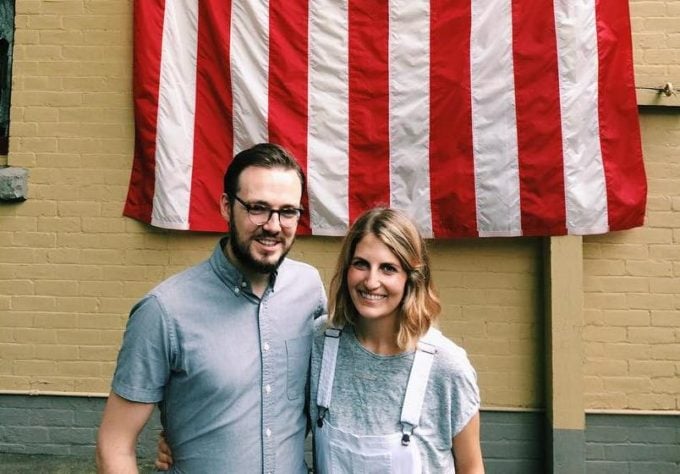 “We took A ROAD TRIP across the United States — from Utah to New York City, by way of Marfa, Austin, New Orleans, Savannah, Charleston, the Blue Ridge Mountains and Gettysburg. New Orleans was a definitely a highlight. We ended up staying an extra night, so we could explore the city more. A friend had recommended an amazing backyard bar with live local bands. I’ll always remember that meal — we sat there for a few hours just soaking it in. We honestly enjoyed every single day — as we approached NYC, we both wished we could keep driving!” — Alpha Smoot 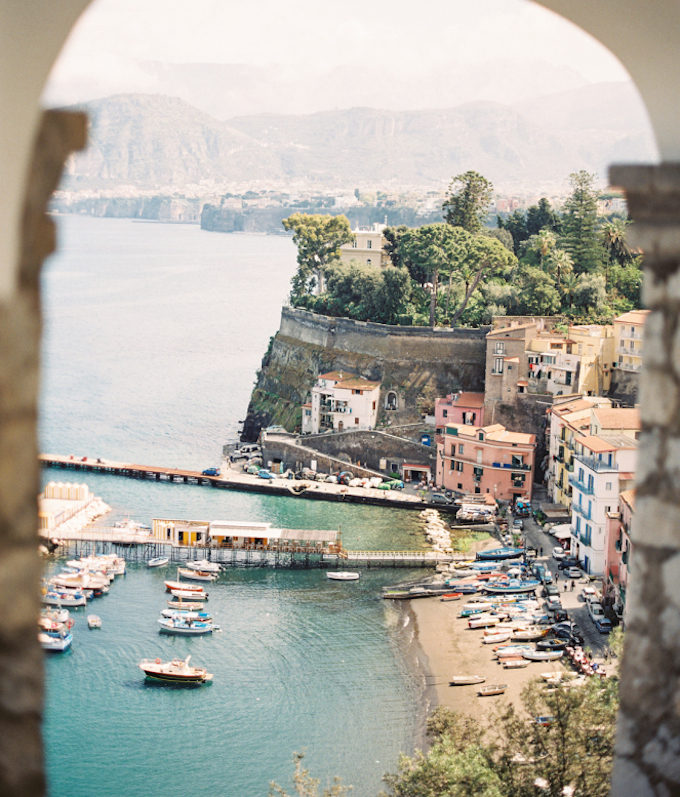 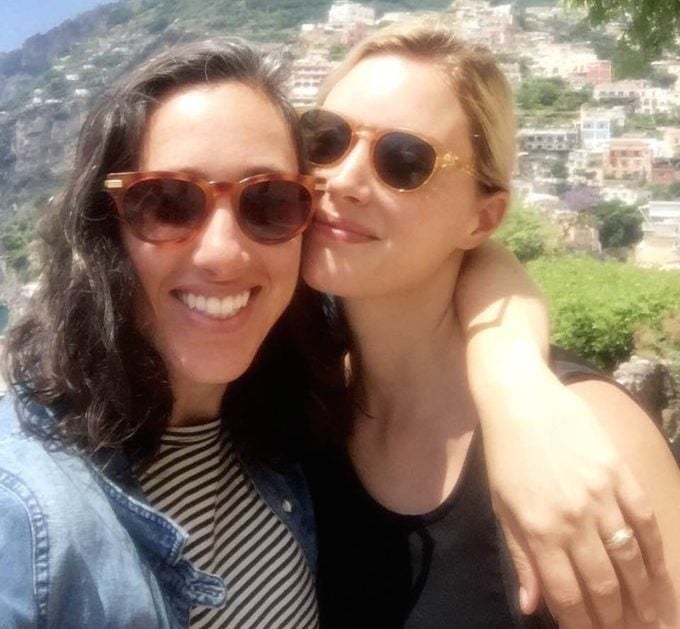 “We went to Italy’s AMALFI COAST. As a gay couple we wanted to make sure we honeymooned in a region of the world where we wouldn’t think twice about expressing our affection, and I must say, the Italians absolutely showered us in well wishes and love. Lots of free champagne and hugs.

“The hotel we loved was the Grand Hotel Convento di’Amalfi, a 13th century monastery that has been thoughtfully converted into a gorgeous hotel perched on a cliff. Our favorite town was Praiano, a small hamlet outside Positano. We hiked up off the church square and ate at a restaurant called Kasai. It ended up being the best meal of the entire trip.

“One day, we spontaneously rented a private boat with a skipper for coastal exploration. We chose not to visit Capri or the Blue Grotto, and instead pressed our skipper, Franco, to take us to hidden nooks of the coastline. We would stop now and again, jumping into the water and swimming into the grottos dotted along the cliffs with no other people in sight. He also had Frank Sinatra playing on the boat the entire day, and Ol’ Blue Eyes was the perfect companion, along with a Peroni and a float in the Mediterranean.” — Stef Halmos 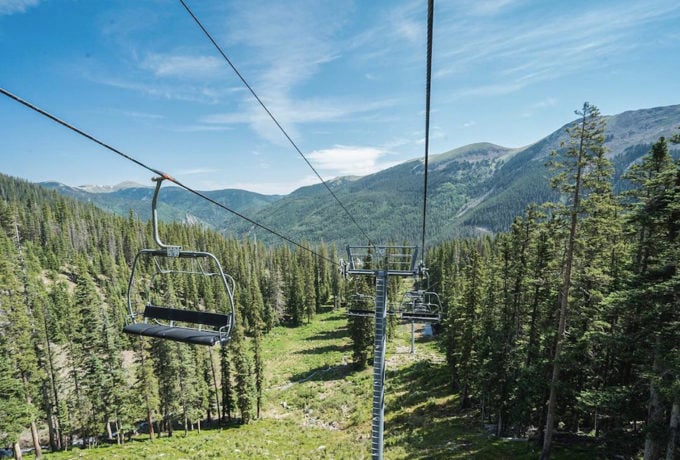 “For our honeymoon, we wanted to get as far off the grid as possible without actually going out into the middle of nowhere. When we discovered Casa Gallina in TAOS, New Mexico, we were sold. We spent a week in the Bantam Roost, a two-story casita with a wood-burning kiva fireplace and a roof deck with fantastic mountain views. The proprietor, Richard, would bring us fruit from the garden and fresh eggs from his chickens. We spent so much time on the roof deck, reading and sketching, napping in the hammock and gazing at the stars. My other favorite memories are hiking in Taos Ski Valley and then toasting with beers at the Bavarian Lodge, and going for a hot air balloon ride over the Rio Grande Gorge (we saw a herd of elk!). It was a magical trip.” — Corrie Pikul 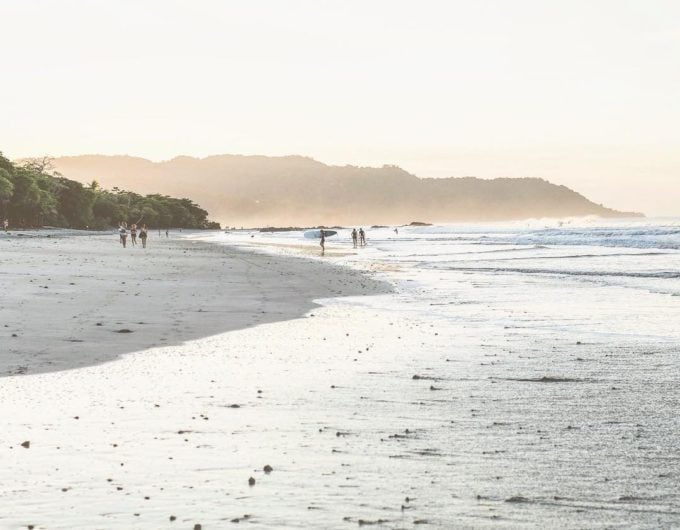 “We headed to COSTA RICA’s Pacific coast and stayed at a tiny resort called Milarepa. It’s basically four huts and a dining area right on the beach. Super minimal, but also beautifully appointed. Outdoor showers. No TVs. It’s all about romance and unwinding. We had plans to do all sorts of things but we loved Milarepa so much, we just stayed there, ate delicious food, took long walks on the beach and talked about moving there permanently. Which we didn’t do… though we still talk about it from time to time, even 15 years later!” — Brooke Williams 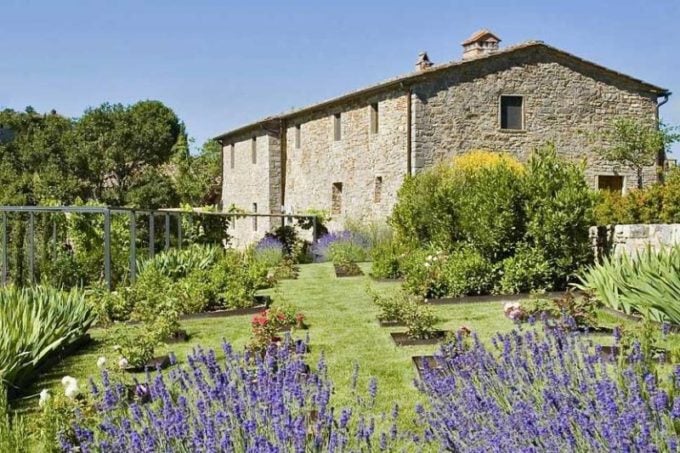 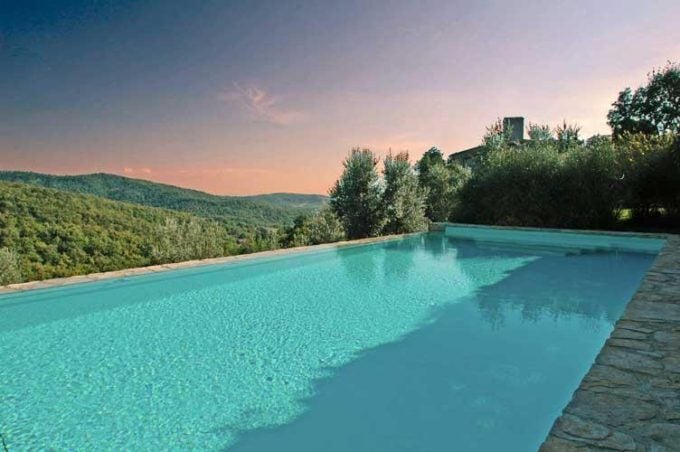 “My husband and I honeymooned in TUSCANY and stayed at this lovelllllly villa with the loveliest owner in Chianti. It’s truly a hidden gem. We spent our days walking around the beautiful towns, eating the most delicious food, and driving from one picturesque view to another.” — Liza Lowinger 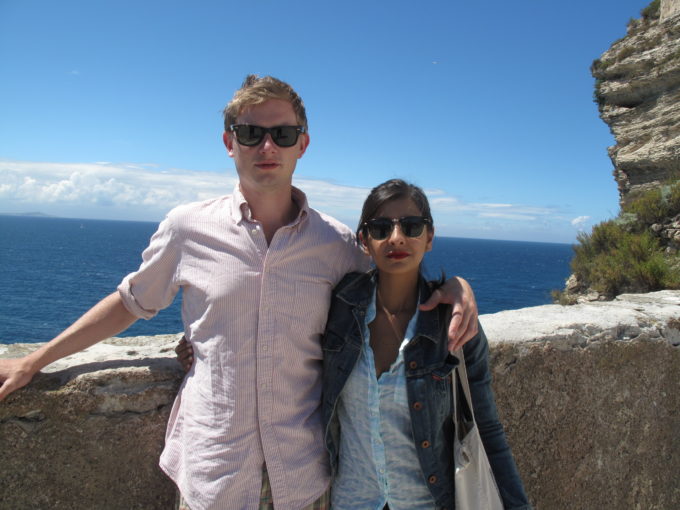 “We went to CORSICA, which is wild and beautiful. Our favorite thing to do was hike among the wildflowers all over the island. It’s the most fragrant place — juniper, rosemary, thyme, myrtle, eucalyptus, and lavender. We came across a farm with fresh goat and sheep cheese. Our best meal was a picnic we made with those cheeses, jams, honey and local breads.” — Kavi and David Moltz

Where would (or did) you go?

P.S. 15 wedding dos and don’ts, and did you have sex on your on wedding night?

We booked a last minute honeymoon and then left the morning after our beautiful wedding in mid-September in Massachusetts – we even missed our post wedding brunch! We flew to Athens and then immediately took an overnight ferry to Santorini. After staying on magical Santorini for a few days we took another ferry to the island Naxos. We toured around and hiked to a cave that Zeus was apparently born in and saw other small towns and ancient ruins as well. The Greek islands are so mythical and romantic and beautiful, I am so glad we got to explore a few of them. After Naxos we took the ferry back to Athens for a few days and stayed in a cool contemporary hotel near the Acropolis. Such an amazing trip after the high of a wedding (and before social media and iphones!) I think about it almost every day!

Reply
The Son Of Thom

We went to Las Vegas and Mexico which was pretty epic. But having just got back from the Maldives I would fully recommend going there instead!

We got married in South Africa so we stayed on for a few nights in Capetown and the winelands. Then we we went on safari before heading to Mozambique for beach days. Africa will steal your heart and you will leave a piece of it there.

We just got back from our honeymoon to South Africa a few days ago. Although slightly unconventional, it was absolutely perfect. We went to Cape Town (metropolitan area surrounded by ocean and gorgeous mountains), Stellenbosch (SA’s wine region), and Kruger National Park (safari). We got to do a little bit of everything and it felt busy enough to keep us entertained, but relaxing enough to feel like we were on vacation. People thought we were crazy but I wouldn’t have gone anywhere else! Love hearing about others’ honeymoons as well.

So glad you enjoyed our beautiful country!

My brand new husband, Ben, and I just got married on August 13th(!!) and we just got back from our honeymoon in Oregon! We spent the last week in Portland, and spent the weekend in Manzanita, OR – in the Airbnb you recommended! (Thank you, Joanna!) We LOVED the coast (we are from Minneapolis) – it was my first time seeing the pacific, and it felt right to us to stay in the U.S. for our honeymoon since we paid for most of our wedding ourselves and didn’t want to start our marriage off broke. It was a lovely week, and very affordable! Now we can start saving for Europe :)

We JUST got home from our honeymoon (and I am now binge-ing on all the Cup of Jo posts I missed!) and we also took a road trip across the USA. It was a childhood dream of both of ours. We drove from PA to CA, stopping along the way at some MLB ballparks, Chicago, The Badlands, Mount Rushmore, Yellowstone, Portland, Redwoods, San Francisco, Silicon Valley, Yosemite, and finally LA. We put in over 5,000 miles! It was exhausting, but we had an amazing time, and made some unforgettable friends.

I lived in Radda (the city in Tuscany) for two separate summers in college. Honestly one of the most beautiful towns on Earth. I consider it one of my “homes” because everything just seems so perfect there.

As a proud Portuguese, I’m happy to see Portugal featured! I think as a honeymoon, to spend few days in Lisbon and then drive to the south (Algarve) for some relaxing days in the beach is an awesome plan and much more affordable than Spain or Italy :)

I’m thinking of staying in the city (I’m from the suburbs), renting a cheap Airbnb, and exploring my hometown like a tourist!

My husband and I went to Jamaica on our honeymoon. Though the experience was not what we expected (not at all!). http://brooklynchateau.blogspot.com/2015/02/235-am-other-stories-adventures-in-grey.html