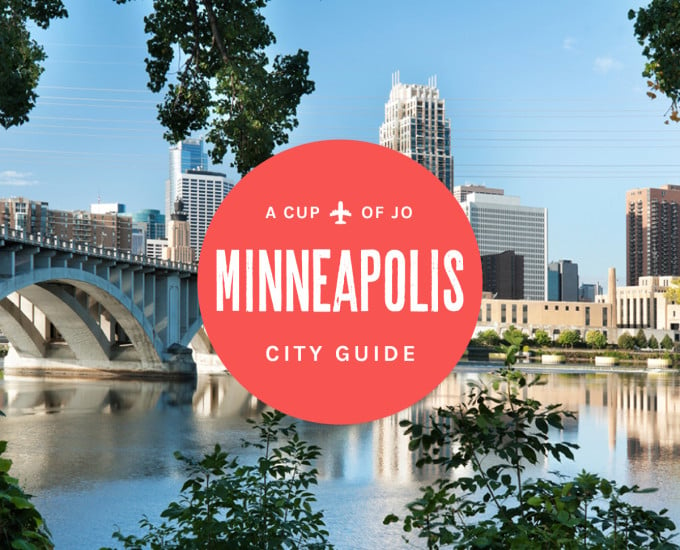 Our next city guide is Minneapolis, Minnesota, one of the happiest and healthiest cities in the U.S. (Have you been?) We enlisted Michelle LeBlanc, the founder of the beautiful boutique Mille, to share her insider tips, as well as few picks from across the water in St. Paul… 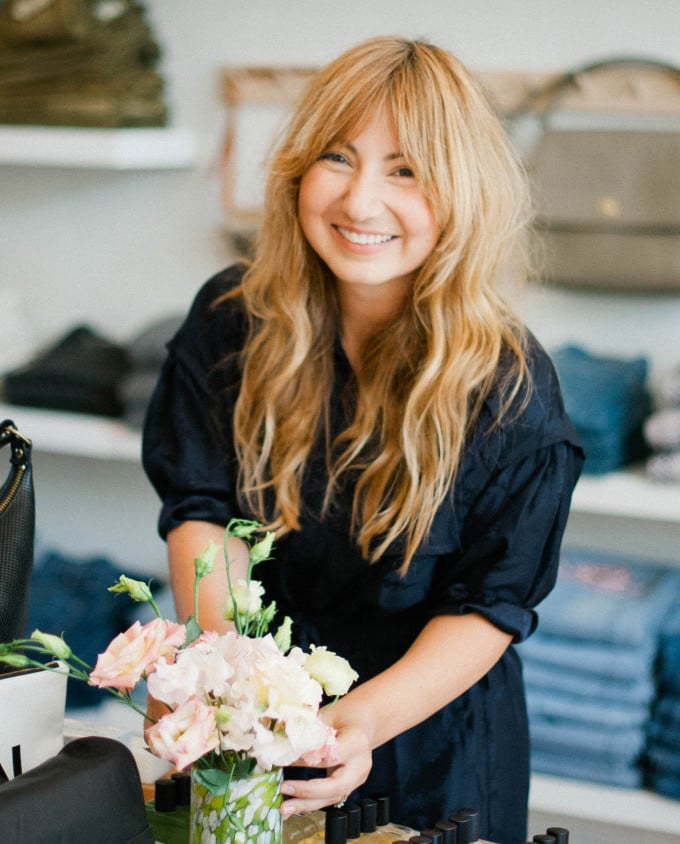 Michelle LeBlanc: When my husband informed me that he wanted to move from Austin (where I spent the majority of my childhood and where my parents and grandparents are from) to cold, snowy Minneapolis, let’s just say I was a little less than enthusiastic. Fifteen years later I’m still not a fan of winter, but I can easily wax rhapsodic about all other aspects of life in the twin cities. The peonies blooming in the spring, the summer trips to the craggy shores of Lake Superior, the fall days at the apple orchard. Here’s a small slice of favorites from the place where we’re now raising our two daughters… 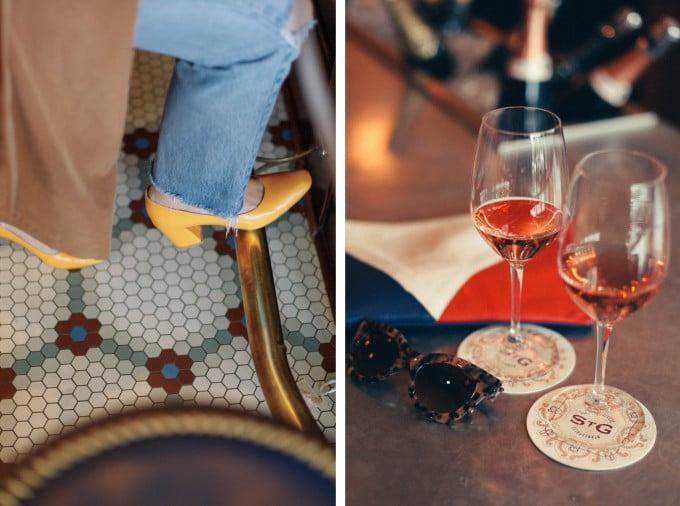 For fresh seafood, head to Sea Salt Eatery (open April to October) in Minnehaha Park. The scallop tacos and clam fries are worth the long lines, and the nearby park and playground make it the perfect way to spend a lazy Sunday afternoon. (You can even stroll over to the beautiful, 50-foot Minnehana Falls.) We often stop by on rainy weeknights, too, to avoid the crowds; it feels extra cozy then. Spring doesn’t officially start at our house until this place opens.

For a fresh take on Minnesota’s nordic heritage, try Bachelor Farmer in a historic brick-and-timber warehouse, complete with a rooftop farm. We’re crazy about the the toasts (think: fresh cow’s milk cheese, bacon-onion jam and fruit compote) and the relaxed three-course Sunday Suppers. Grab a drink from Marvel Bar, the cocktail lounge tucked underneath the restaurant. The Oliveto is my favorite — it’s made with olive oil (!), lemon, egg whites and Licor 43.

For comfort food, try Revival in Kingfield. Their tender fried chicken and melt-in-your-mouth biscuits have everyone craving chef Thomas Boemer’s southern specialities. Order the light and crispy hush puppies for the table.

For a Parisian bistro vibe, try St. Genevieve in Lynnhurst. It’s such a pretty, warm place to gather with friends. Go for the Marc Herbert rosé, pommes frites and one of their tartines (or open-faced sandwiches), which come with delicious toppings like raclette cheese, pureed peas, smoked salmon, or snails. 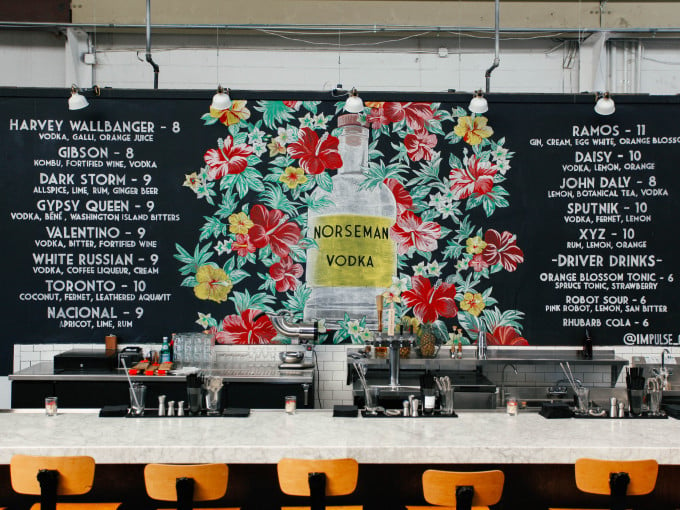 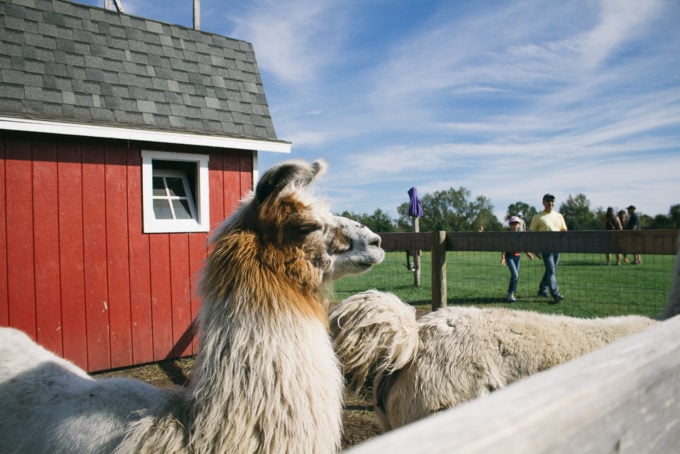 See amazing modern art — Chuck Close, Edward Hopper, Yves Klein, you name it — at the Walker Art Center in Lowry Hill East. It’s a relaxed atmosphere, so feel free to bring kids. Also, starting this May, there will be a nine-hole mini-golf course on the rooftop, featuring a giant hot dog, ping-pong paddles and a tricky chicken coop.

The American Swedish Institute in Phillips West is one of my favorite Minnesota landmarks. This turn-of-the-century castle has 33 elaborate rooms, 11 porcelain stoves and ornate woodwork throughout. It’s especially magical during the holidays because it’s decorated to represent the traditions of Sweden, Norway, Denmark, Finland and Iceland. Stop by their Swedish café Fika afterwards for better-than-your-grandma’s meatballs.

The Norseman Distillery in Northeast Minneapolis uses local ingredients to produce small batches of fine spirits, like vodka, rum and gin. Take a weekend tour and then grab a gimlet in the beautiful cocktail room. They also have the best bathroom wallpaper ever, created from hilarious photos of Naomi Campbell and Kate Moss.

The trail system in Minneapolis is awesome for biking. We often get ranked as a top city for cyclists in the U.S. There are 190 Nice Ride bike stations around the twin cities where you can rent a bike and return it to any Nice Ride location, and hit the Chain of Lakes (four of the largest lakes in the city with 13 miles of paved paths along the shoreline) for a breezy ride. I recommend ending up at the Lake Harriet Bandshell where you can grab some truffle corn at Bread & Pickle, listen to free music and let your kids run wild at the playground.

Minnetonka Orchards in nearby Minnetrista is our go-to place for apple picking in the late summer and fall. With apple donuts, a corn maze, baby animals and hay rides, it covers all the bases. We also love summer blueberry picking at Rush River Produce near Stockholm, WI. The setting overlooking Lake Pepin is worth the hour drive alone. 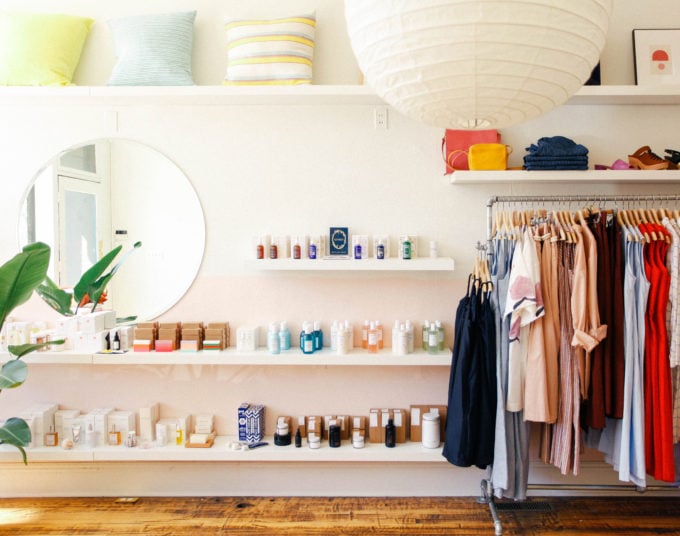 I’d be remiss to not mention my own shop, Mille in Tangletown, where you can find fashion-forward womenswear, beauty and home goods. We specialize in small, emerging labels — often designed by indie-spirited women — including Ulla Johnson, Xirena and Beatrice Valenzuela. We also host markets throughout the year, where we showcase our favorite local jewelry and pottery makers, like Annika Kaplan and Laura Vest Klein.

Retro Wanderlust in Hopkins is brimming with mid-century furniture and vintage finds, from pretty glassware to one-of-a-kind light fixtures. The inventory is always changing, so I find myself checking their Instagram feed daily. The owner Karen is also incredibly helpful when you’re on the hunt for something. When I was looking for a sofa, she ended up finding the most amazing pink velvet one she thought we might like, sent us a picture and had it in the store within an hour for us to pick up.

Wild Rumpus bookstore near Lake Harriet is a kid’s dream. Not only do they have a lovely selection of books, but they also have chinchillas and a cat named Trini Lopez. And fluffy chickens are often cruising the shop! 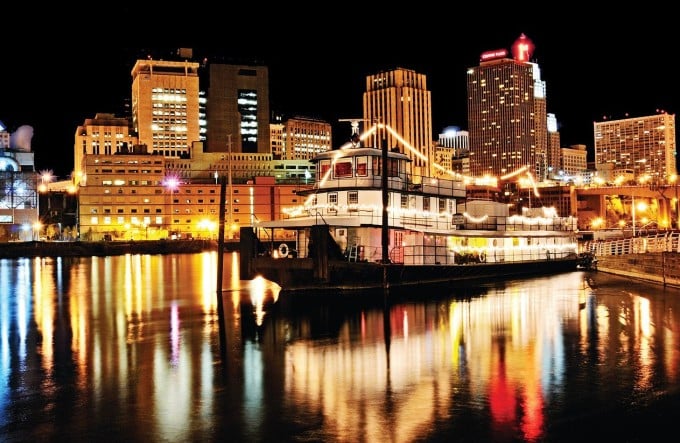 Hotel Ivy in Downtown West is a five-minute drive from the Walker Art Center. It’s contemporary, spacious and, most important, every room has a deep soaking tub.

I’ve yet to stay here, but the Covington Inn is a floating bed-and-breakfast in a restored 1946 towboat. Close to downtown St. Paul, the boat is docked at a pretty spot on the Mississippi River. The deck on top sounds like the ultimate spot to take in the city’s skyline.

Stay tuned for the forthcoming six-room boutique hotel that is currently under construction from James Beard award-winning chef Alex Roberts. It’s being built above his beloved Restaurant Alma. If it’s anything like his other ventures, it’s sure to be a lovely place to visit. 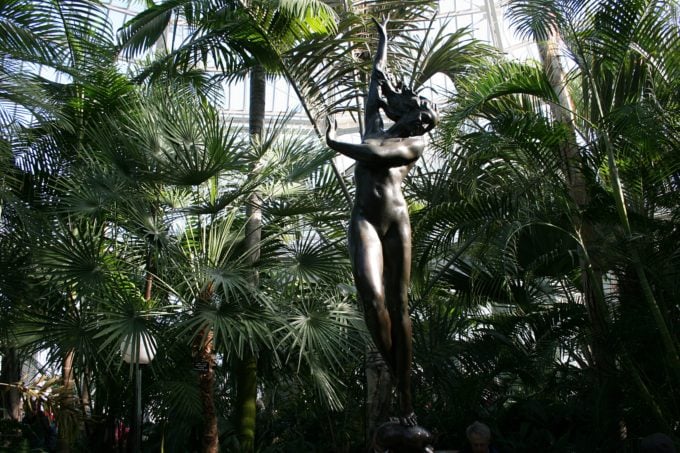 June through September are by far the prettiest months to visit and can generally be counted on to be snow free! Minnesotans take their summers very seriously and it’s practically illegal to spend time inside. During those warmer months, explore the city by bike with the wind in your hair, or venture to the shores of the Mississippi River and cool off in the mist of Minnehaha Falls. A car rental is also a good idea during your visit, as the city can be spread out and time-consuming to navigate by public transportation.

If you are visiting in the winter, Como Park’s 150-year-old Majorie McNeely Conservatory in St. Paul has a roomed called the Palm Dome with a 64-foot-tall crystal dome housing more than 150 tropical palm trees. It always feels like a luxurious escape.

Thank you so much for the tour, Michelle! Have you guys been to Minneapolis? What else would you add?

P.S. Where to stay, eat, shop and hang in Nashville.

(Skyline photo from Westwood. First photo of Michelle by Melissa Oholendt for Glitter Guide. Covington Inn photo via their website. Llama photo by The Midwestival. All other pictures by Emily Freitas for Mille. Thanks to Stella Blackmon for editing this series.)

The Weirdest Best Part of Trips