Are You Watching ‘Making a Murderer’? 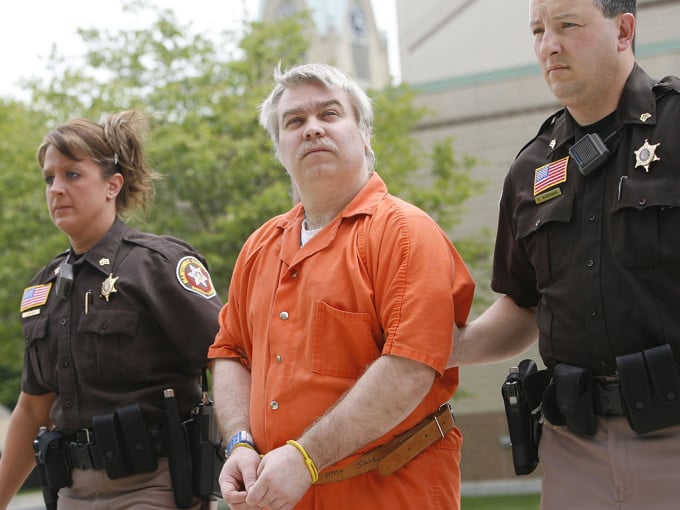 Have you been watching Making a Murderer, the new Netflix documentary series? (Here’s the trailer.) Holy smokes. It feels like everyone we know binge-watched it over the holidays or has it at the top of their queue. It’s immersive, thought-provoking, and, by the end, baffling — everything you want out of a winter TV series. Whether you’ve seen Making a Murderer yet or not, here are 10 facts about the true-crime saga that we found fascinating. (The first five are 100% spoiler-free!)…

1. Two awesome women made it. Filmmakers and partners Moira Demos and Laura Ricciardi were grad students in 2005 when they saw a front-page article about Steven Avery in the New York Times. “I found it riveting and kept elbowing poor Moira and saying, ‘I cannot believe this,'” Ricciardi recalled. They decided to pursue Avery’s story for a documentary and eventually moved from New York to Wisconsin to dive deeper into the project, which ultimately required 800 hours of videotape and took 10 years to complete. To pay the bills, Demos worked as a lighting electrician on TV and movie sets, and Ricciardi, who was a lawyer before film school, did legal work.

2. Avery’s lawyers are melting hearts everywhere. Dean Strang and Jerome Buting, who brilliantly and compassionately represented Steven Avery at trial, have emerged as everyone’s unlikely crushes. They’re the subjects of Internet memes and articles in GQ and Vogue illustrated like Valentines. (Before the series aired, Buting had a modest 20 followers on Twitter. He now has over 25,000.)

3. It was scored by an Oscar winner. By the time you’ve watched all 10 hours of the series, its haunting theme music lingers in your head. It was composed by Gustavo Santaolalla, an Argentine musician who won Best Original Score at the Academy Awards two years in a row, for Brokeback Mountain and Babel.

4. The filmmakers are undecided. Ricciardi and Demos have not said whether or not they think Avery is guilty or innocent. “The main question at the heart of the series is how do we as a society respond when injustice is exposed,” said Ricciardi in an interview with Time. “Moira and I had no stake in the outcome of the trial. We had no interest in whether or not Steven Avery was innocent. We were there simply to document the story and look at the Halbach case not in isolation but in the context of 30 years. What we were really looking at was the American criminal justice system and has there been any meaningful change since 1985 for this person.”

5. Penny Beernsten has spoken out. Beernsten, the woman who accused Steven Avery of assault 1985, declined to participate in Making a Murderer; but she has said that it represented her story accurately. This week, she wrote a powerful essay about what it felt like to learn, 18 years later, that Avery was not her attacker, how he once asked her to buy him a house and what she thinks about him today. “My emotions regarding Steven Avery are complicated,” she says.

Read below this line if you’ve watched the show (or don’t mind a potential spoiler!)…

6. Steven Avery hasn’t seen it. So far, the subject of Making a Murderer, who convinced his family to participate in the series, has not watched it himself. Prisoners don’t have access to Netflix, and one of Avery’s lawyers, Dean Strang, has said even a DVD version is prohibited. “He’s certainly hearing from his family about the response they are getting,” Strang said. “But as long as he is in prison, he will never see it.”

7. The case could reopen. Steven Avery and his nephew, Brenden Dassey, are both serving life sentences for the 2005 murder of Teresa Halbach, and their lawyers have exhausted their appeals. But Avery’s lawyers occasionally visit him in prison and await possible leads. “We are still working for free for him informally, and I suspect it’s going to get more formal soon here,” Strang told reporters recently. Similarly, Brenden Dassey’s legal team has filed a petition requesting a judge to re-examine his case. That ruling could come any day.

8. The filmmakers didn’t meet Avery. Demos and Ricciardi were denied visitation with Steven Avery, which is why viewers only hear his voice through phone calls. Some of the most wrenching and seemingly private moments in the film are conversations between Avery and Dassey and their mothers. It turns out that every prison phone call is recorded and, with permission, Demos and Ricciardi were able to make riveting use out of them.

9. A juror has come forward. After Netflix released Making a Murderer last month, one of the 2006 Avery jurors contacted the filmmakers to say they regretted the verdict and that the jurors had waffled to the end. “They told us that they believe Steven Avery was not proven guilty, they believe that Steven was framed by law enforcement,” Ricciardi said on TV this week. “They believe he deserves a new trial, and if he receives a new trial, in their opinion it should take place far away from Wisconsin.”

10. The series isn’t exhaustive. Even with 10 hours at their disposal, Demos and Ricciardi couldn’t depict every piece of evidence presented during the five-week trial of Steven Avery. They say they focused on the key details, but the prosecutor, Ken Kratz, has accused the directors of slanting the story and the Internet is exploding with lists of additional evidence. Details on the cutting room floor include Avery’s calls to Halbach on the day of her disappearance and additional physical evidence. Whether these things represent proof of Avery’s guilt is still unclear.

What do you think? If you’ve watched Making a Murderer, we’d love to hear your take. If you haven’t, will you? 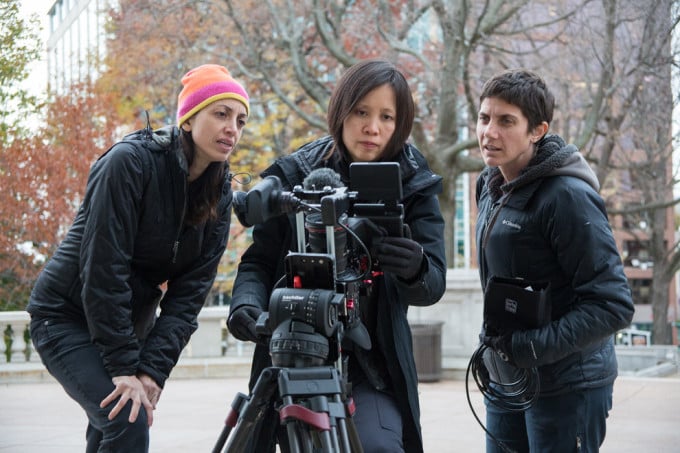 P.S. A fictional mystery podcast and the best documentary we saw last year.