Are You Chronically Late? 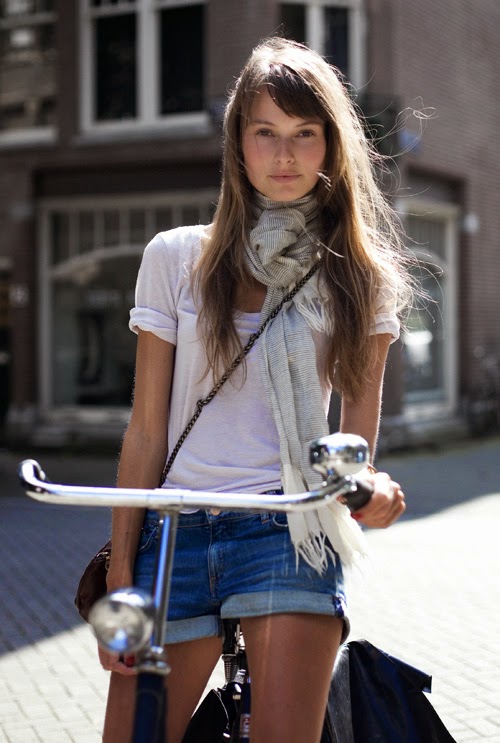 Are you chronically late? I am. I don’t want to be late, but I somehow end up being ten minutes late every single time, even on my first date with Alex. You’d think the solution would be, “Just don’t be late.” But even when I try my best, I’m still running down the street, ten minutes behind. Determined to get better, I did some research and discovered seven common reasons why people are late…

First off, it turns out that people who are chronically late aren’t necessarily jerks (I promise!), but that their brains may be wired differently. “Yes, it’s a rude act,” said Diana DeLonzor, author of Never Be Late Again, “But I’ve interviewed hundreds of people and the vast majority of late people really dislike being late, they try to be on time, but this is something that has plagued them throughout their lives. Telling a chronic late person to be on time is like telling a dieter, ‘Don’t eat so much.’ ”

Here are seven reasons why people are late…

1. You’re a thrill-seeker.
Running late can give you an adrenaline rush. Will the train arrive in the next minute? Will you hit all green lights? “I didn’t relate to calmly walking down the street with a muffin and cup of coffee,” DeLonzor told Elle, “It felt natural running with my hair flying everywhere.” (This rang so true for me!) But there are better times to channel this energy than when someone is waiting for you.

2. You’re bad at estimates.
Time yourself to find out how long it really takes for you to shower or get to work, says Time Magazine. (For example, I always think it takes 15 minutes to get home from the office, while it actually takes closer to 35.) Also, it turns out that punctual people will give themselves round numbers to get somewhere—30 minutes, for example. But chronically late people “often budget exact times, like 23 minutes, to get somewhere, a habit that DeLonzor calls ‘split second timing,’ which doesn’t account for the inevitable delay factors that pop up,” writes HuffPo.

3. You don’t wear a watch.
Relying on your phone to tell time is risky, since it’s so easy to get sucked into texts, emails or the last photo your friend posted on Instagram. Use a watch instead to avoid distractions, recommends New York Magazine.

4. You try to get one more thing done.
Some people get invigorated by racing through their to-do list. “They engage in magical thinking and believe they can do an unrealistic number of things in a certain amount of time,” DeLonzor told Elle, “but they’re usually off by 20 to 30 percent.”

5. You’d rather be late than early.
People who feel overloaded may have anxiety about arriving early because then they would be “wasting” those extra minutes. (This also rings true for me, as ridiculous as that feels to admit.) Remember that you can always read a book or catch up on emails on your phone…or just relax and let your mind wander, of course, says HuffPo.

6. You get distracted while you’re leaving.
Do you ever check email first thing in the morning, then find yourself running late for work? Instead, stay focused on the task at hand: namely, leaving. Don’t turn on your computer or look at your phone (or organize your closet, etc.) when you have somewhere to be, recommends Time Management Ninja.

7. Your life is over-scheduled.
If you give yourself blocks of unstructured time to do nothing, you’ll feel less compelled to waste time when you really need it, reports Elle. 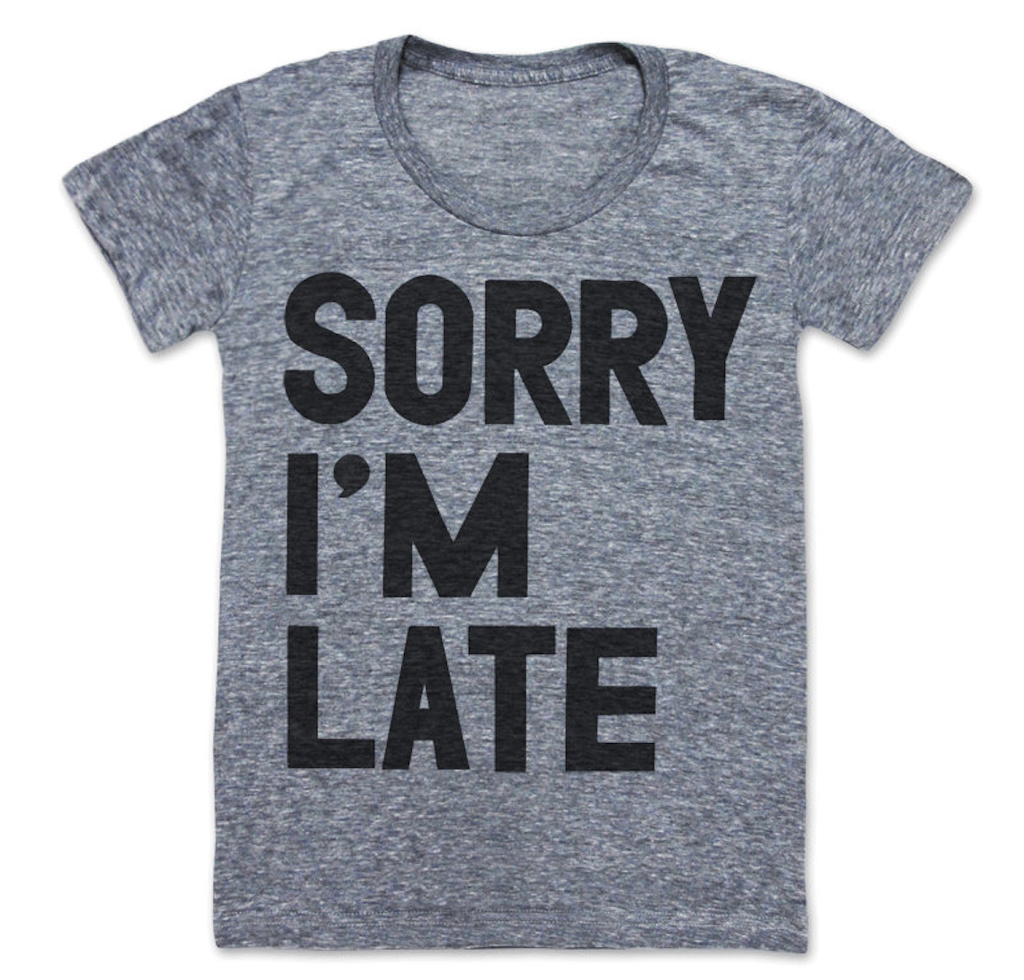 Or you could just wear this.

Good tips, right? Are you always late? Always early? What do you do to make sure you’re on time? I’d love to hear…

By Joanna Goddard
Relationships
On Becoming Anti-Racist
May 28, 2020

507 COMMENTS
By Joanna Goddard
Relationships
What Words Should Exist in English?
September 29, 2020

427 COMMENTS
By Joanna Goddard
Relationships
‘What It Feels Like to Have Autism’
December 1, 2020