“My Right to Die With Dignity at Age 29” 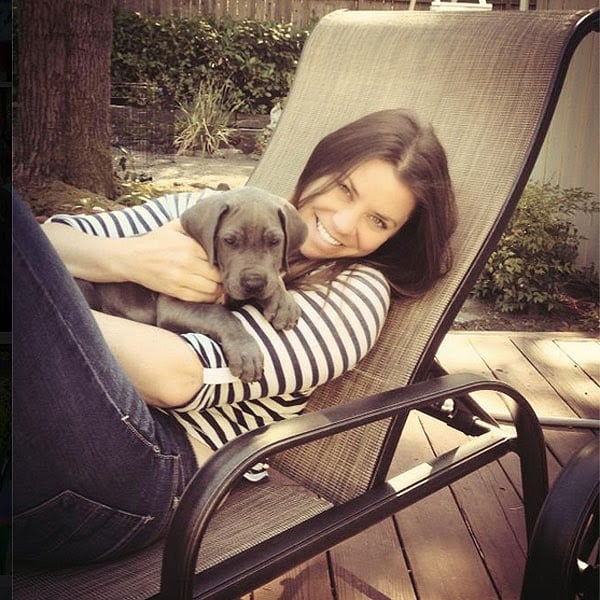 Have you seen Brittany Maynard’s incredibly moving video, below?

When 29-year-old newlywed Brittany Maynard was diagnosed with a malignant brain tumor and given six months to live, she and her husband thought carefully and decided to move to Oregon, which is one of five U.S. states that allow patients to die with dignity. Her doctor prescribed a pill that will allow her to end her life peacefully and painlessly. Maynard says she plans to die this November 1st in her bedroom, surrounded by her mother, stepfather, husband and best friend.

“There is not a cell in my body that is suicidal or that wants to die. I want to live. I wish there was a cure for my disease, but there’s not,” Maynard explained to People. “I’ve discussed with many experts how I would die from it, and it’s a terrible, terrible way to die. Being able to choose to go with dignity is less terrifying…For my mother, it’s really difficult, and for my husband as well, but they’ve all supported me because they’ve stood in hospital rooms and heard what would happen to me.”

On a similar note, surgeon, writer and public health researcher Atul Gawande published a book yesterday called Being Mortal. He discusses how, when patients are aging and dying, the goals of medicine seem to frequently run counter to the interest of the human spirit:

I had never seen anyone die before I became a doctor, and when I did, it came as a shock….I felt as if I’d failed. But death, of course, is not a failure. Death is normal. Death may be the enemy, but it is also the natural order of things. I knew these truths abstractly, but I didn’t know them concretely—that they could be truths not just for everyone but also for this person right in front of me, for this person I was responsible for.

You don’t have to spend much time with the elderly or those with terminal illness to see how often medicine fails the people it is supposed to help. The waning days of our lives are given over to treatments that addle our brains and sap our bodies for a sliver’s chance of benefit. These days are spent in institutions—nursing homes and intensive-care units—where regimented, anonymous routines cut us off from all the things that matter to us in life.

As recently as 1945, most deaths occurred in the home. By the 1980s, just 17 percent did. Lacking a coherent view of how people might live successfully all the way to the very end, we have allowed our fates to be controlled by medicine, technology, and strangers.

I’m not sure how to wrap up a post like this other than saying I’m so moved.

By Joanna Goddard
Relationships
The Crazy Thing We Did at My 40th Birthday Party
January 31, 2019

452 COMMENTS
By Caroline Donofrio
Relationships
“When I Met My In-Laws…”
November 19, 2019

263 COMMENTS
By Caroline Donofrio
Relationships
When Did You Forge Your Own Path?
January 9, 2020