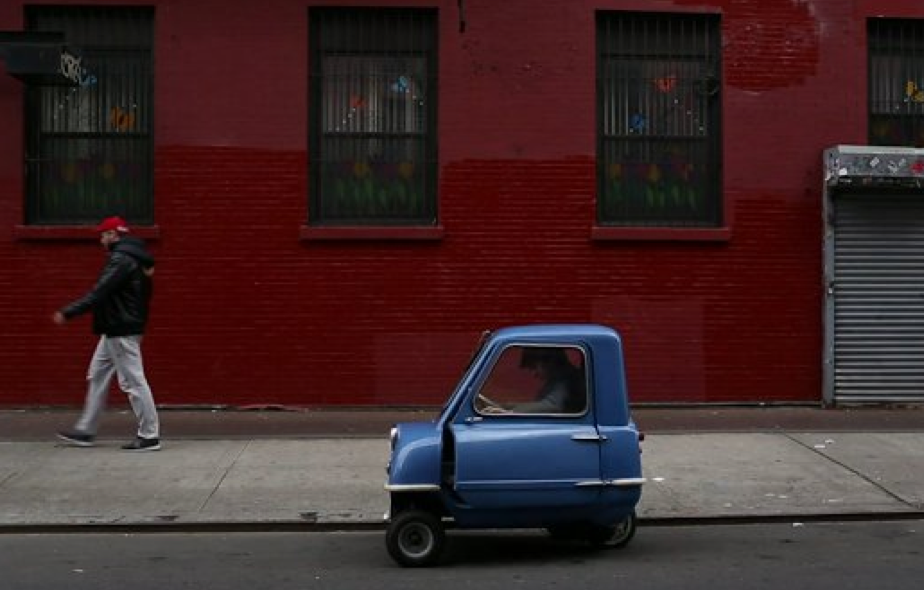 My dad is obsessed with all things automotive. One of my earliest memories is sitting in his lap and watching the Grand Prix on TV; he would tilt me from side to side as the cars went around curves. When we were in the grocery store parking lot and a nice car drove by, my dad would roll down the window so we could all hear the sound of the engine. Now that I’m grown up, car stuff still feels nostalgic and comforting to me. So…check this out!

The Peel P50 is a three-wheeled microcar manufactured from 1962 to 1965 on the Isle of Man, according to Wikipedia. It has no reverse gear, but it’s so light that you can pull it around yourself using a handle at the back! Designed as a city car, it was advertised as being able to fit “one adult and a shopping bag.” There’s one seat, one door, one wiper and one headlight. 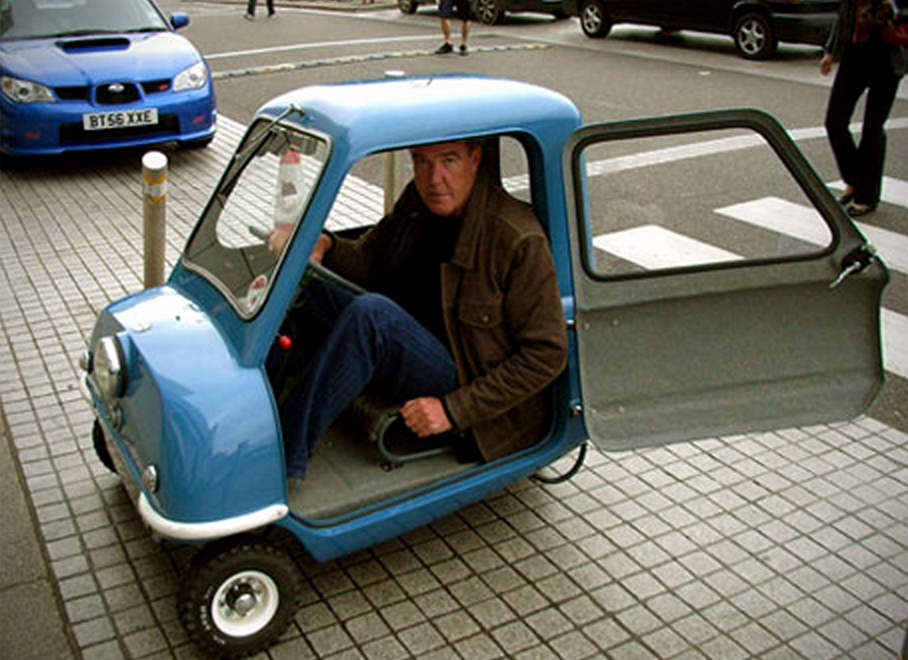 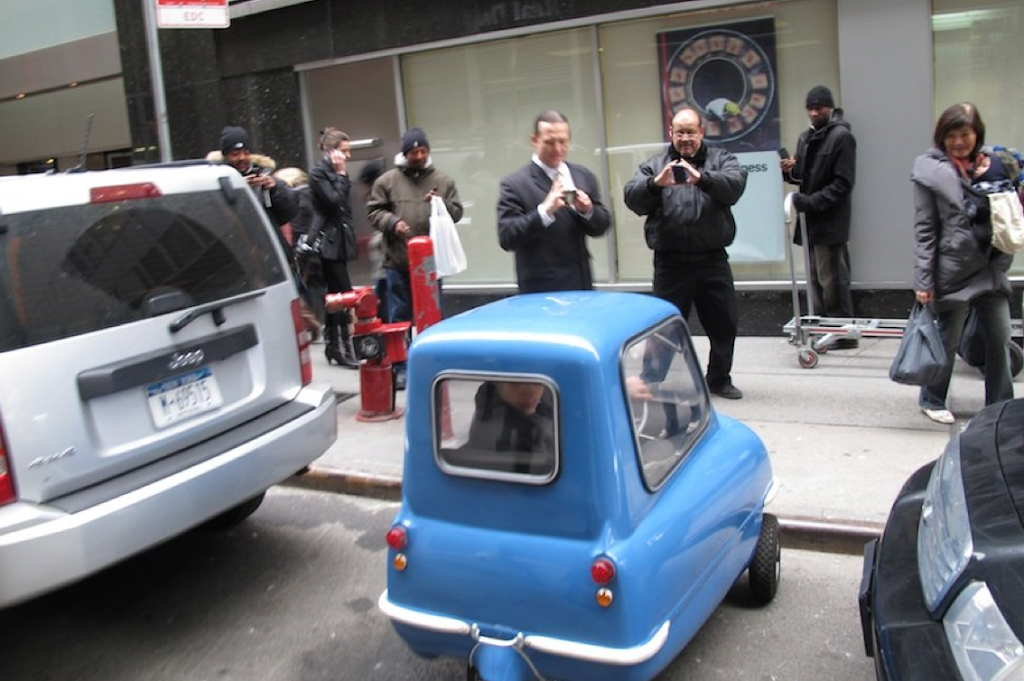 How awesome is that?

Tags: nerds
56 COMMENTS
WRITE A COMMENT
Design
most popular
01
My Sister’s Home Makeover
02
John Derian Lives in a Sea Captain’s House
03
What Are Your Top Three Books?
04
The Ultimate TV Guide (If You’re Looking for Something Great)
05
Behind the Scenes: Making a Magazine Cover
May We Suggest…
By Joanna Goddard
Design
Let’s Find This Reader a Bedside Lamp!
March 9, 2021

113 COMMENTS
By Joanna Goddard
Design
Have a Delicious Weekend.
June 4, 2021

HAhaha very intrusting. We made a special Sat NAv for this car.
Amazing Buddy

I want to read this precious information that is pretty amazing and I really would like to know more about the car plates.
Carplates Singapore

I had been sick for years now, I lost all of my possession due to this illness, every member of my family became tired of me because to them i was now a liability, i bless the day i got introduced to this fellow at John Yi Yi Temple who uses this email address: johnyiyi@rocketmail.com when he requested for 350 dollars to buy the items for the spell to cure me of my illness i felt he was a spam then i told the person who introduced me to him and she said to me that she paid 500 dollars to save her marriage so i was convinced to pay the money and i did two days after , he cast the spell i was cured of all of the diseases that i was attacked with. And also he said to me that my husband that had ran away will be disturbed to come back home to be with me and exactly what really took place…This man at johnyiyi@rocketmail.com is just so good at his spell work. CONTACT HIM TODAY VIA EMAIL:johnyiyi@rocketmail.com

Get car information and expert advice from MSN Autos. Find safety ratings,
Kelley Blue Book values and new and used car listings help you make the right choice whether
you are looking to buy or sell a vehicle.

This Car DVD Player could bring entertainment while driving even in traffic.Much better to have this to prevent annoyance while we are in driving.Thanks for sharing this useful ideas.It could really help it to all of us.
4ch DVR kit & Toyota car DVD player

Promise me you have watched this episode of Top Gear?

What’s really funny about the photo is that the guy in the car, Jeremy Clarkson, is about 6′ 5″. I would like to weld him in :-)
Di
X

wow so cool i want one haha

I saw this episode and laughed the entire time. Even when it was stolen and driven through the BBC building. Although, I don’t think it does well in traffic or in a wreck. I’d have to pass. lol

Hahaha! I’m very petite and LOVE the idea of this little car. Seems a little safer (just barely) than a Vespa. Dear lord, I love it.

That’s what they did on the Top Gear episode it was featured in. They drove it into the BBC main office and took it into the lifts (which of course they couldn’t reverse out of…) hilarious episode :)

this really reminds me of Mr Bean and his little cars, both the green and the brilliant 3-wheeled blue one! :-) Ailish Goes

THIS IS AWESOME!! My dad loves cars too, and he always rolled the windows down in the car to hear the engines too! Now he has a ’67 Camaro and you’d think he was a little kid again when he drives it. :) Thanks for giving me a little dose of nostalgia today too! :)

Top Gear is fabulous…I LOVE it. I’m a Brit living in the USA and it’s one of the very few programmes I miss.

That episode of Top Gear was the funniest I’ve ever seen (and it’s a very funny show!). I laughed so hard I had tears rolling down my face and my two boys were rolling off the couch laughing. It’s great for a family tv night. Laura from http://www.cocktailsandgelato.com

Didn’t Steve Urkel drive one of those?