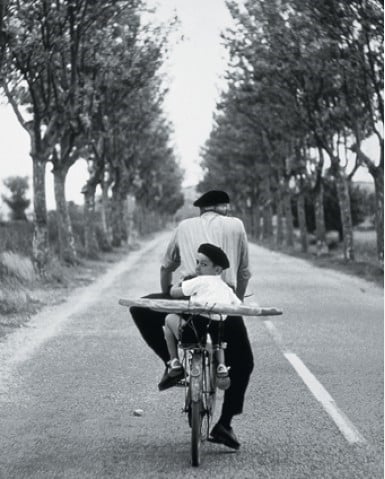 When we were on on vacation last month, I read an eye-opening book that completely changed the way we feed Toby…

This spring, I started feeling unsure of the way we were feeding Toby. He was eating frequent snacks–Cheerios, cranberries–and never seemed hungry for dinner. We’d prepare healthy meals, and he’d pick at them and then want to get down. It was frustrating, and I wanted to make changes.

Luckily, the new book French Kids Eat Everything had just come out. To be honest, I was getting a little tired of books about how the French do everything perfectly and Americans mess everything up. But I pored over my copy, and it really, really resonated with me. Karen Le Billon tells the story of how her young family left Canada and moved to France to spend a year in her husband’s tiny hometown. What Karen didn’t expect was that she and her two (very picky) daughters would completely change the way they ate.

In her funny memoir, Le Billon shares 10 rules that she learned from the French about how to raise happy, healthy eaters. Here are the seven that jumped out most to me… 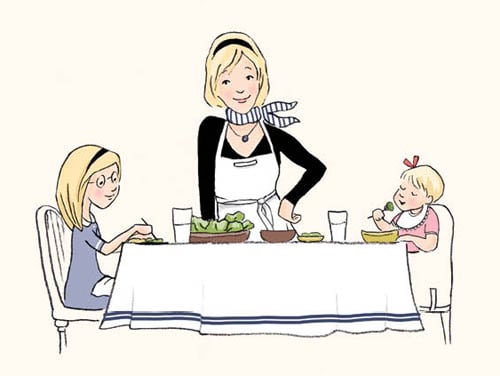 2. Eat family meals together–and make them feel special.
Le Billon explains that kids really respond to the “ceremony” of everyday French meals. “The French never, ever, eat without putting a tablecloth on the table,” she writes. “They even have a special phrase for setting the table: dresser la table.” This has a marvelous effect on children, she says. Candles, pretty plates, cloth napkins–“It immediately puts them on their best behavior,” she says. How fun and magical for little ones.

3. Food is not a reward, punishment or bribe.
This rule could have been written just for me. As Toby would get into the stroller, I’d give him a few cranberries, and when he got into the car seat, I’d give him a cracker. It was like giving treats to a puppy! If he was sad to leave the playground, I’d ask enticingly, “Want to go home and have some strawberries?” Food was being used as a reward and bribe. Using food like this can lead to emotional eating later in life, reports Le Billon. We want children to have a deep respect for food–and not just learn to eat whenever they’re bored, upset or tired. Nowadays, if Toby is cranky when we’re heading home, I say, “Let’s go see Daddy! Let’s go play with your train!” So much better than using food as a reward, right?

5. You don’t have to like it, but you do have to taste it.
The dinner table should not be a battle ground. French parents don’t fuss or hover, says Le Billon: “If the child refuses to eat, the parents simply take the food away without too much comment.” Interestingly, my friend Courtney’s wise pediatrician recently told her, “Refrain from begging or even asking them to eat, and do not praise them for eating. Keep the conversation positive and not focused on the food, so that the kids will want to be at the table.” How eye-opening! Before reading this, I’d constantly encourage Toby to eat and praise him when he finished something. What great advice to just talk about other things and not make food feel like an issue. (And, amazingly, he eats more happily and robustly when we ignore his eating.)

Still, even if your child doesn’t want to eat something, they at least have to taste it, say the French. According to nutritionists, most children have to taste new foods 7-15 times before they willingly agree to eat them! So if kids initially don’t like a certain food, it doesn’t mean they never will. Fascinating, right?

6. No snacking. It’s OK to feel hungry between meals.
I had an “aha” moment when I read this rule. For some reason, before this, I had always been nervous that Toby was hungry, since I assumed he should never be hungry. When I breastfed my tiny newborn, and tried to get his weight up, I always wondered if he was getting enough milk, and since then, I’ve continued assuming that he should be constantly satiated. But why? It’s OK to have feelings of hunger between meals. “Hunger is the best seasoning,” say the French. And it’s true: Food tastes better when you’re hungry, and kids will eat more “real” food when they’re hungry, instead of filling up on snacks. Also, the book explains, it’s good for kids to learn how to handle the feeling of hunger; otherwise, children may become adults who feel the need to eat something at the first hunger twang instead of waiting for the next meal.

7. Slow food is happy food. As in, eat slowly.
By government decree, French children spend a minimum of thirty minutes at the school lunch table–even when they’re teeny! Meals aren’t just about eating, of course, but also about socializing with friends. My friend in New York recently joked about trailing her son around the apartment at dinnertime, trying to pop bites of food in his mouth, and ending up in his play tent with bite-size pieces of chicken in each hand. Hilarious, but definitely not ideal! Teaching children to patiently sit through meals and enjoy conversations with loved ones is such an important life skill.

So! What do you think of all this? Do you want to read the book? (I’d highly recommend it.) Is this how you’re already eating with your children? Not so much? Do you agree or disagree with it? Any specific parts? I’d LOVE to hear your thoughts… 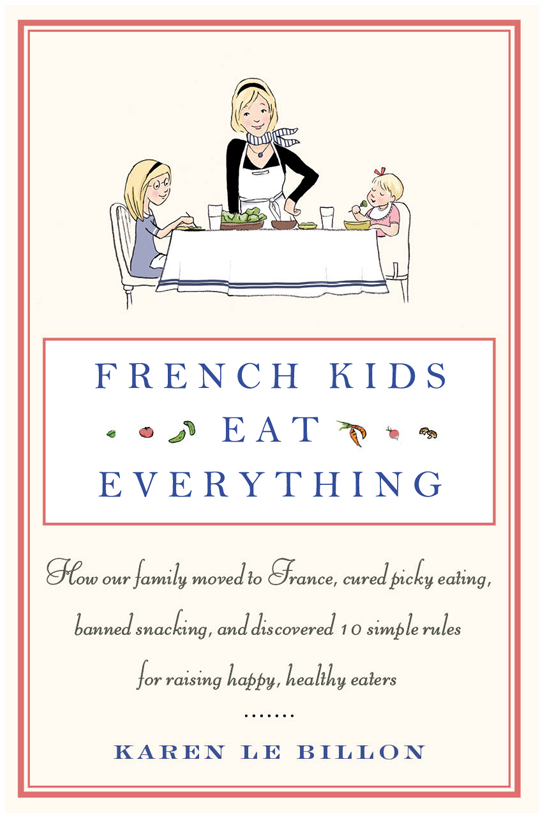 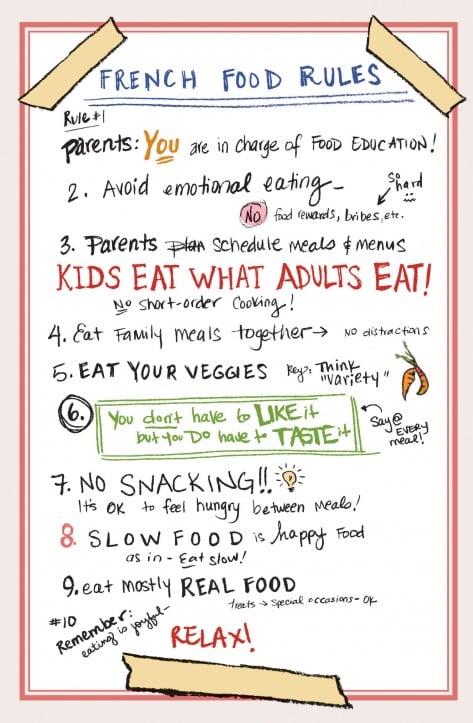 P.S. Four other genius tips from (guess who) the French. 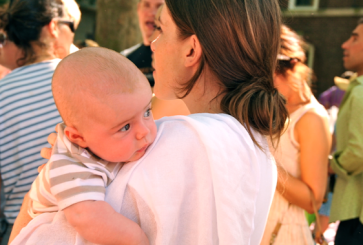 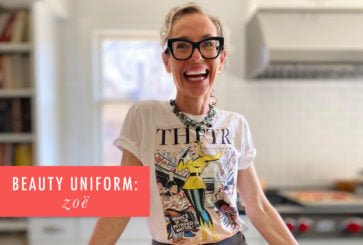 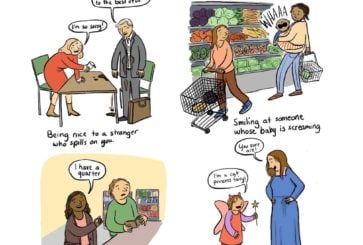 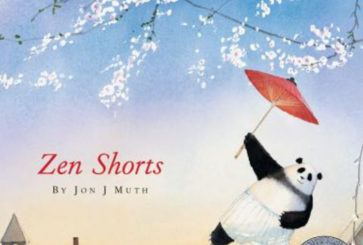