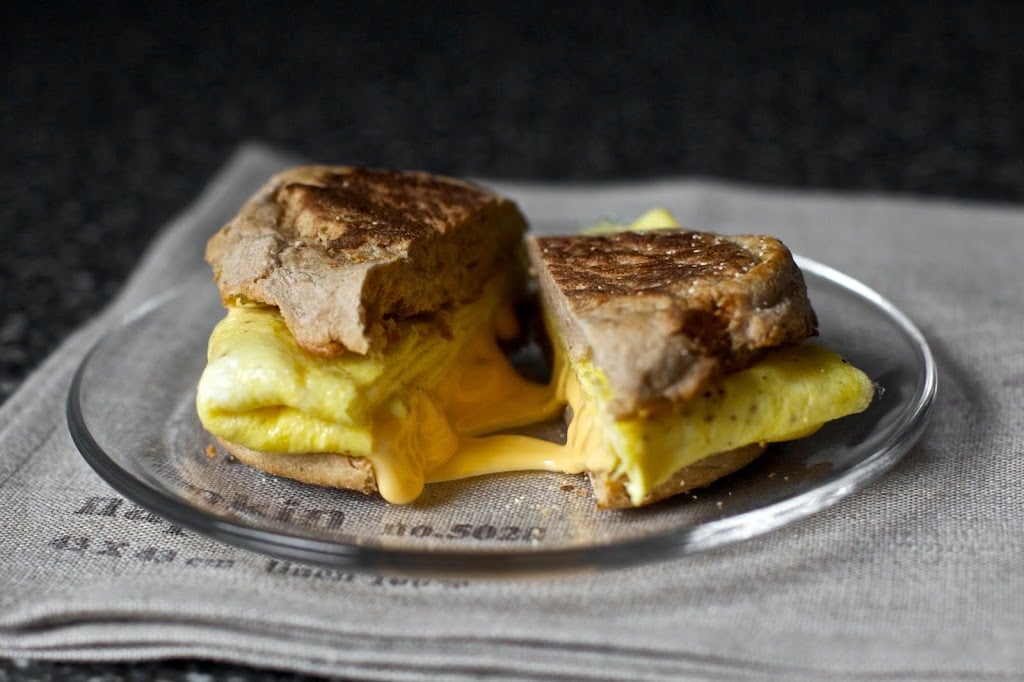 Confession: I’m a terrible cook. Long recipes freak me out, and I only flip through cookbooks to admire the photos. When everyone else was learning to cook, I was…I don’t know what I was doing! Watching TV? But, as a 33-year-old (with a child no less), I would like to be able to whip up a few great classic meals. My plan is to try to master the classic recipes: scrambled eggs, mac n’ cheese, tomato soup, chocolate chip cookies, that kind of thing. So, I’ve asked my favorite food bloggers to reveal how they make basic everyday dishes that will knock your socks off, and I’m excited to post one slam-dunk recipe every Wednesday. Hope you enjoy it (and maybe learn something, too!).

First up: Deb from Smitten Kitchen reveals the world’s best egg sandwich—or as she put it, “how to, like, win at egg sandwiches”… 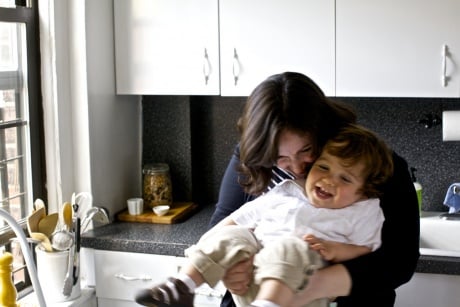 A Lazy Egg-and-Cheese Sandwich
By Deb from Smitten Kitchen

Like any good New Yorker, I consider an egg-and-cheese on a roll or toast from a bodega to be a major food group. I watch in amazement as griddle guys make them—along with 12 other breakfasts, keeping the orders straight in their heads when I can barely remember what day it is—in two minutes flat. It’s a beautiful thing. But, I kept getting sandwiches where cheese was an afterthought, just layered on top of eggs that were never hot enough to melt it. I wanted the cheese up in my eggs. So, I started making them at home.

My only rule was that it had to take less time for me to make than it would for me to walk two blocks to the nearest place that makes them. I ended up taking a crepe-like approach—cooking the egg thinly and then wrapping it, almost like an egg roll, around a belly of melted cheese. It takes less than five minutes. It became a habit, and also a favorite lunch for my toddler. 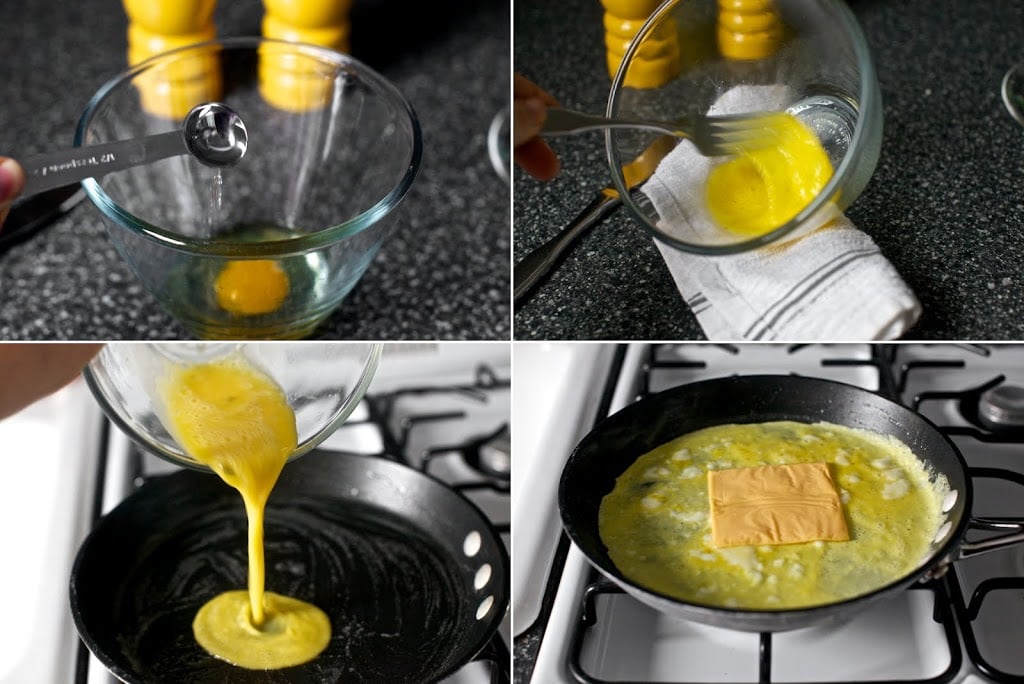 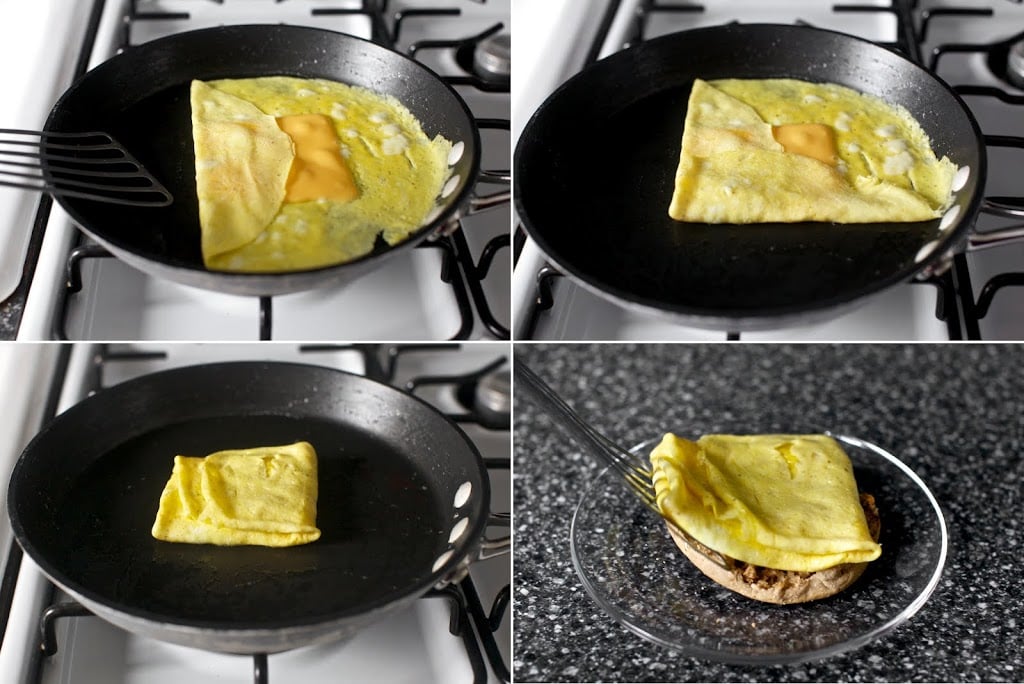 You’ll need:
An English muffin or two slices bread of your choice
1 to 2 teaspoons butter or oil
1 egg
Salt and pepper
1 slice of cheese or a tiny pile of grated or crumbled cheese
Spoonful of sliced scallions, chives, crumbled bacon, or whatever else you want in your eggs

Put the bread in a toaster. Heat a 9-inch skillet, preferably nonstick, on medium.

Beat one egg with ½ teaspoon water (or two eggs, with 1 teaspoon water), a couple pinches of salt and a few grinds of black pepper until just blended. I always use a fork for this.

Melt butter in your pan or brush it with oil, to thinly coat it. Pour in the eggs and roll them around so they cover the pan, as a thin crepe would.

Immediately plop a square of cheese (for we people with unfancy tastes in cheese) or a small pile of grated cheese (for everyone else) in the middle. Toss whatever fixings you wish on top of the cheese, though I never bother. This meal is all about immediacy for me.

A single egg will cook in 1 to 1½ minutes; two eggs in 2 minutes. You’ll know its cooked when poking into it with a corner of your spatula won’t cause any loose egg to slip through to the skillet.

Fold the part of the egg closest to you over the cheese, like the first part of a business letter fold. Repeat this on the three remaining “sides,” forming a small square. You can also have fun (yes, I just said “fun”) here and fold it into a shape that matches your bread, i.e. larger for sandwich bread, long-ish for rye. Leave the folded egg-and-cheese in the center of the skillet to cook for another 30 seconds, then slide onto you muffin or toast. Top the sandwich with the other half and eat it at once. 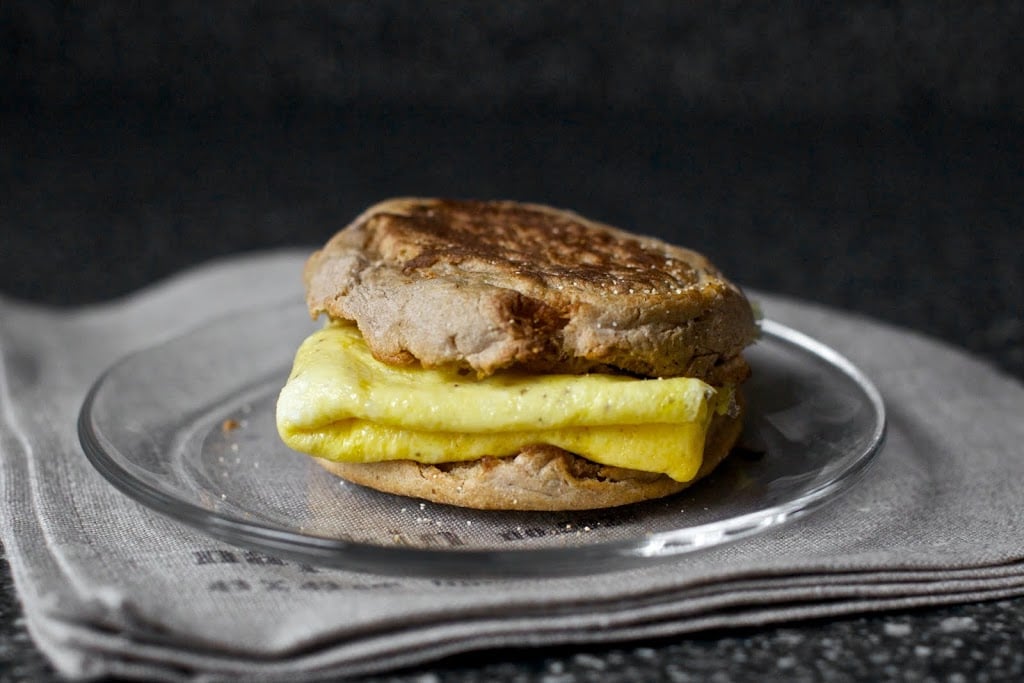 Yes! Doesn’t it look delicious? Thank you so much, Deb!!! 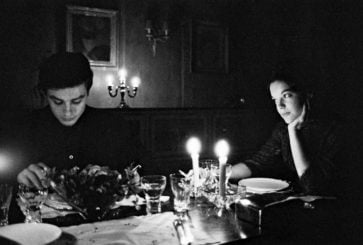 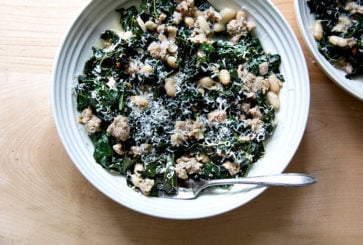 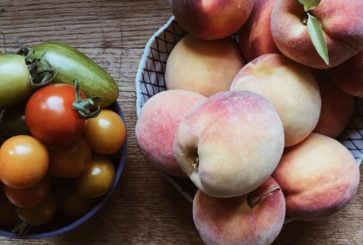 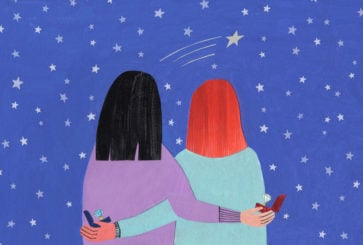 RELATIONSHIPS
The Real Proposal Story That Makes Me Cry 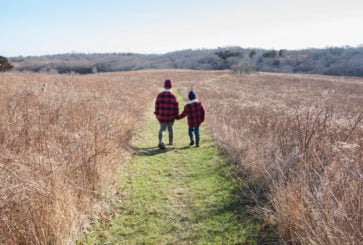